Following take-off at 1800hrs from Wick, Scotland on 19 November 1942, the mission soon became hampered by severe weather conditions. As the aircraft neared their intended targets the glider and tug encountered dense fog northwest of Rjukan which they were unable to emerge from, coupled with problems with their target-location apparatus. Fuel was getting low and as both tug plane and glider started to collect ice, they rapidly lost altitude. Tug and glider separated although details are not known exactly what happened afterwards. The glider crashed approximately 2.5 kilometres north-east of Lensmannsgard, 400-500 metres north-west of Gasetjern, some four kilometres north from where the towing Halifax crashed killing both pilots, and one of the passengers.

The remaining fourteen survivors, including Lt Allen, were all captured shortly afterwards as Prisoners of War and taken to the Slettebø camp at Egersund. After thorough interrogation all were shot by members of the German camp guard in accordance with a decree from Hitler ordering the executions of Special Forces prisoners. They were buried later at a local churchyard at Stavanger.

Lieutenant Allen was killed on 19-20 November 1942, aged 24 years old. He is now buried alongside all other victims of the ill-fated Horsa HS114 (also the resting place of several victims from sister glider Horsa DP-349) at Eiganes Churchyard, in Stavanger, Norway. 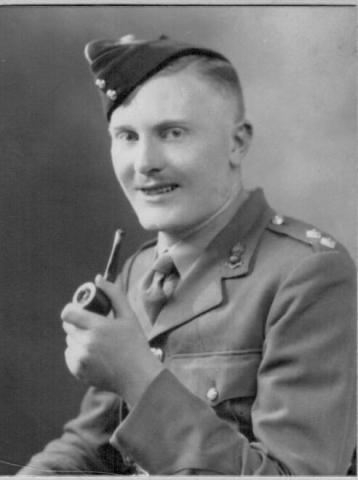