Albert 'Bert' Tennuci was born of a service family in March 1922. His father was a Sergeant Major in the 5th Dragoon Guards, which were then serving in Palestine. As the family travelled in several other postings, it was not until 1930 that the young Bert Tennucci first set foot in England. He joined the Royal Army Medical Corps in 1936 as a Boy soldier and reached the age criteria for adult service just 17 days before the outbreak of the Second World War.

After various postings, by May 1943 Bert was a Nursing Orderly with 84th General Hospital RAMC stationed in North Africa. Looking for some excitement, he volunteered for parachuting and successfully passed, transferring to 16th Parachute Field Ambulance RAMC, just in time for the Sicily operation. After service in Italy, he returned to the UK in late 1943, where 1st Airborne Division began their training for the invasion of North West Europe. After several cancelled operations, Bert and the rest of 16 went to Holland in September 1944 on Op Market Garden, bound for Arnhem.

The Battle plan intended that 16 Para Field Ambulance would move with the 2nd Parachute Battalion snake to the outskirts of Arnhem, where they would leave to go to the St Elisabeth's Hospital and set up a Main Dressing Station(MDS) there. Unlike much of the rest of the 1st Airborne plans, this is precisely what happened. By about 2100hrs on 17 September 1944, 16 PFA had arrived and Sergeant Tennuci was NCO in charge of wards. On the following morning however, German forces occupied the hospital area and marched most of the unit away into captivity. A few selected personnel were allowed to remain behind: Bert Tennuci being one of them.

Bert claimed that he removed Brig Hackett’s badges of rank when he arrived in the hospital, after being wounded on 24 September. There is more about Brig Hackett's time in the hospital in his own profile and Captain Lipmann-Kessel's profile.

Later, Bert was sent to the 'Airborne Hospital' established at Apeldoorn and later became a Prisoner of War. Bert was finally liberated, and returned to the UK via the Russian port of Odessa, in April 1945.

After the war, Bert remained in the Army and achieved the post of Regiment Sergeant Major of the RAMC Depot in 1952. He was commissioned in 1956, and retired in 1977 having risen to the rank of Colonel, his last posting being Commandant of Defence Medical Equipment Deport (DMED) Ludgershall. On his retirement he became Curator of the Royal Army Medical Corps Museum from 1976 till 1981. 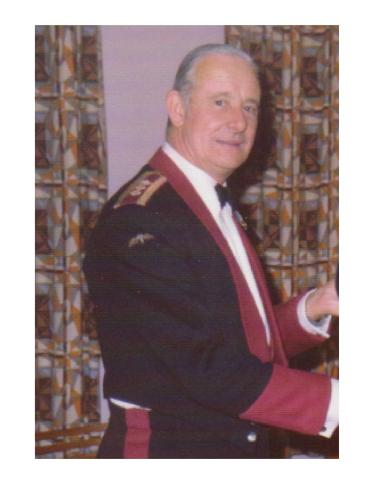