Sergeant Albert James Gibbs was the son the Arthur Vincent and Eliza Ann Gibbs, and husband of Bessie Gibbs, of Camberley, Surrey. He served with the 1st Wing, Glider Pilot Regiment (GPR).

Although unconfirmed, it is likely that he may have taken part in the glider insertions to North West Europe in June 1944.

Later that year he was amongst a party of glider pilots who flew to India in December 1944.

Sergeant Gibbs died on 5 December 1944, aged 30 years old, when Dakota FL588 from 24 Squadron RAF Transport Command, based at RAF Hendon, crashed on a snowy ridge in Ariege, near Mijanes in the Pyrenees, Southern France.

23 airmen were onboard, 20 of whom belonged to the GPR. Fifteen other men onboard died as a result of the crash. 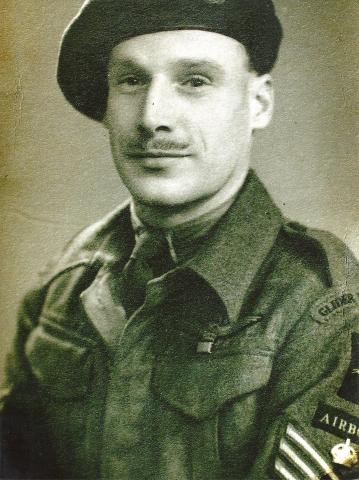