Private Albert George 'Bertie' Bacon was the son of Albert Charles and Elizabeth May Bacon of Broad Oak (Kent).

He served with The Queen's Own Royal West Kent Regiment prior to volunteering for airborne forces in 1942.

Pte Bacon qualified as a military parachutist on course 36, which ran at RAF Ringway in November 1942. He joined B Company, 2nd Parachute Battalion, as a reinforcement in the North African campaign during Operation Torch in January 1943.

In March 1943 the 2nd Para Bn was transported to the Tamera Valley having cleared a couple of prominent landmarks in the Beja sector. They were instructed to take over a hill feature with steep sides and covered in cork oak woods at Sidi Mohammed el Kassim from the Lincolns. Unsurprisingly this home became known to the men as ‘Cork Wood’. The subsequent engagement at Cork Wood also became known as the Battle of Tamera.

On 8 March an enemy force of divisional strength comprising four regiments attacked the defensive positions of the 1st and 2nd Para Bns.

Private Bacon was killed during this attack on 8 March 1943, aged 20 years old, and is now buried at Tabarka War Cemetery, Tunisia. 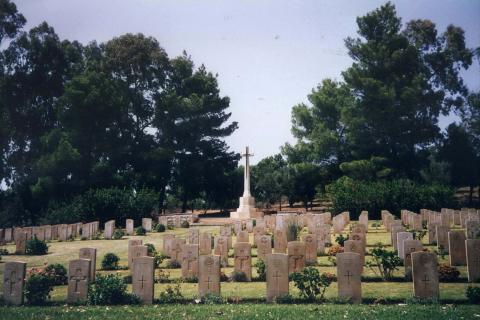