After volunteering for airborne forces in 1942, Private Felton went on parachute training course no. 18 at RAF Ringway. The course lasted from 13th-21st July 1942. Fenton successfully completed 2 descents from a balloon and five from aircraft. After this Pte Felton was initially posted to the 4th Parachute Battalion but was then transferred to the 3rd Battalion before they left for North Africa.

He then saw service with the 3rd Parachute Battalion ‘in the line’ and patrolling in North Africa, where he was wounded in action on the 22nd March 1943. He spent several months in hospitals recovering from his wounds, eventually re-joining ‘B’ Company on the 1st September 1943. On the 12th September he took part in operation ‘SLAPSTICK’, where the 3rd Parachute Battalion, and the rest of the 1st Parachute Brigade, were part of the second wave of landings by the 1st Airborne Division at the Italian port of Taranto. By the end of September they had advanced to Altamura, before they then moved onto Barletta.

On the 2nd October 1943 he took part in operation ‘SIMCOL’, accompanying Lieut. E.A. James, and eight other men from the 3rd Parachute Battalion in parachuting behind enemy lines in Southern Italy. The object of their mission was help round up Allied prisoners and get them back to Allied lines. They were involved in this for about three weeks, before returning back to Allied forces.

Private Fenton flew to Arnhem on Sunday, 17th September 1944 and parachuted onto D.Z. ‘X’ near Renkum as part of Operation Market Garden.

He was killed on 26th September 1944, aged 24. Felton has no known grave and is listed on the C.W.G.C. Memorial To The Missing at Groesbeek.

The following is a statement from Lance Corporal Alfred Farnfield. 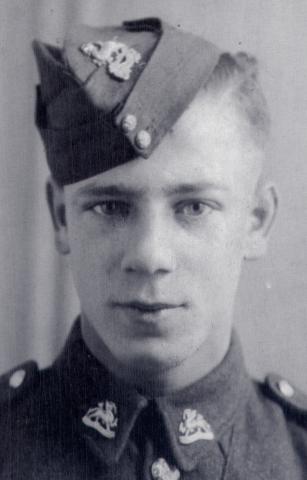