Albert E Gosnell was from Mitcham in Surrey.

He was listed as a pile driver/labourer before enlisting with the Royal Engineers on 20 July 1944. Records state that he was a qualified parachutist by March 1945. He then joined 9 AB Sqn RE. He was deployed to Norway 17 June 1945.  He was a paid corporal by 28 September 1946. This was just after he was sent as part of the Middle Eastern forces, to Palestine.

Albert joined the Reserves in January 1948.

Created with information and image kindly supplied by P Gosnell 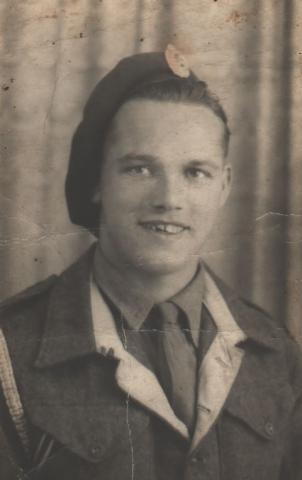