He was among troops selected to take part in Operation Tonga, flown to Normandy by glider. The glider would be flown to Varaville, in support of the D-Day attack on the Merville Battery by 9th Battalion.

Hooked up to Albermarle V1746, Horsa Chalk 67 took off shortly before 11.30pm 5 June 1944. First Pilot S/Sgt Marfleet flew the glider to the assembly point over Worthing successfully. Some miles off the Normandy coast however, deteriorating weather and increasingly thick cloud made flying 'on station' very difficult. As V1746 and Chalk 67 entered a particularly thick section of cloud the towrope broke and the glider crashed into the English Channel, killing all on board.

CQMS Davies died on 6 June 1944, aged 32 years old. All casualties were later recovered to land and he is now buried at Ranville War Cemetery, Normandy along with the other passengers of Horsa Chalk 67. First pilot S/Sgt Billy Marfleet's is buried at Bayeux, and co-pilot Sgt Vic Haines at Abbeville Communal Cemetery, near the Somme.

Compiled with assistance from Steve Wright. 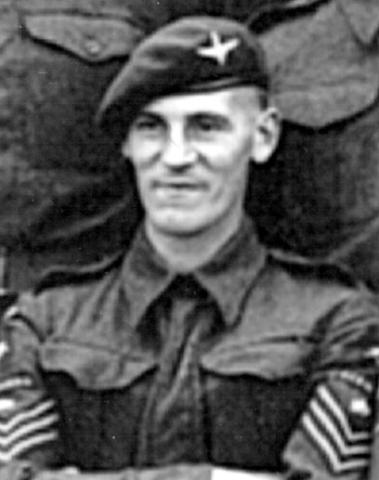