Alan 'Flash' Flavell joined the Army on 22 March 1966, in Cambridge. He initially served for seven years with The 1st Battalion, The Parachute Regiment (1 PARA) and took part in deployment to Aden and Northern Ireland, along with the UN deployment in Cyprus.

In 1973, he held a staff appointment with the PARA Battle School, in SNCO's Tactics until 1976. This was followed by two years with The 10th Battalion, The Parachute Regiment (10 PARA) as Senior Permanent Staff Instructor (SPSI), before he returned to 1 PARA as CQMS and later CSM of A Coy, until 1982.

After a year in Nigeria, he returned to serve as RQMS of 1 PARA at Bulford, and on exercise in Norway for two years from 1983 to 1985. His final NCO appointment came with 5 Airborne Brigade Logistics Battalion, where he served as as Regimental Sergeant Major from 1985 to 1987.

He moved back to The 10th Battalion The Parachute Regiment as Training Major from late 1995 to 1998, before becoming OC of HQ Company, 3 PARA in the late 1990s. His last appointment was as Staff Quartermaster at Joint Headquarters (JHQ) Rheindahlen, near Mönchengladbach in Germany.

'Flash' joined the Army Sports Control Board as the Secretary of Army Sailing and Hockey in 2002, a position he still holds today. 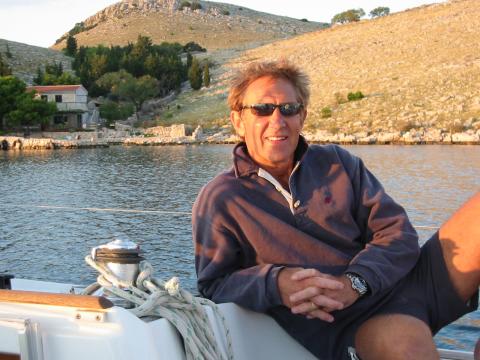