Alan Firman Badel was born in Rusholme, Manchester in September 1923, and was educated at Burnage High School. He was an aspiring actor before joining the Army during the Second World War.

Alan enlisted into the Army in 1942, and was posted to the South Lancashire Regiment. He was serving in the 2nd/4th Battalion when it was selected to become the 13th Parachute Battalion in June 1943.

Alan Badel attended the Battalion parachute conversion course, along with the other 210 men who had volunteered or been selected, at RAF Ringway in July 1943. His instructors comments: “Intelligent jumper, above standard”. Between July 1943 and May 1944 he was consistently promoted through the ranks. In June 1944 he held the rank of Sergeant. He took part in the D-Day landings to Normandy, during Op Overlord.

On 5 June 1944 he was responsible for eight other men of 5 Platoon, B-Company on board Albermarle aircraft Number 5 for the jump onto Drop Zone ‘N’ in Normandy in the early hours of 6 June 1944. He landed successfully and gathered together his men and headed for the Battalion rendezvous point near the village of Ranville. He served throughout the Normandy campaign and saw action in the Ardennes during Winter 1944-5.

On 24 March 1945 he had became a Platoon Sergeant in 2 Platoon, A-Company when he jumped with them over the Rhine on ‘Operation Varsity’. He was involved in all the Battalion actions as they advanced across Northern Germany and reached the Baltic coast in early May 1945.

After VE Day, he joined the Battalion troops sent out to the Far East, along with the rest of the 5th Parachute Brigade, as part of the 6th Airborne Division’s advance party for the proposed assault on Japan. The dropping of the atom bombs negated the planned operation in Malaya and the Battalion was used on internal security duties instead.

Returning briefly to the UK, Alan was sent to Palestine to another unit within the 6th Airborne Division, upon the disbandment of the 13th Parachute Battalion, to await his discharge from the Army. He was discharged from Regular Army Service on 14 June 1947.

After leaving the Army he returned to his acting career. By the early 1950s, he began to establish himself and became a distinguished English stage actor who also appeared frequently in the cinema, radio and television and was noted for his richly textured voice which was once described as 'the sound of tears'. He specialised in screen portrayals of villainous and deceptive characters, and his most famous role was the lead in the BBC production of the Count of Monte Christo (1964).

Alan Badel married the actress Yvonne Owen in 1942 and they remained married until his sudden death in Chichester on 20 March 1982, aged 58. Their daughter Sarah Badel has forged a successful acting career in her own right.

With assistance from Bob Hilton 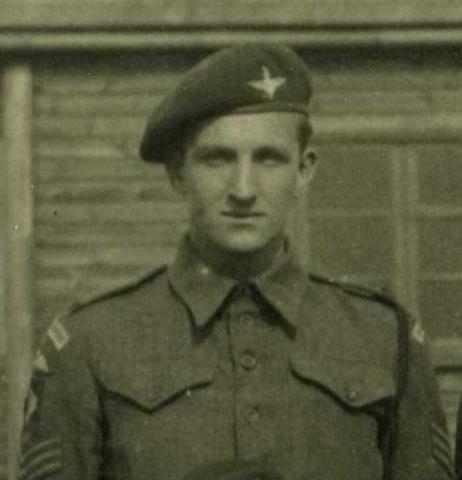