Alan Bridson joined the Parachute Regiment in June 1957, training at Maida Barracks, Aldershot before transferring to PCAU Abingdon to undertake his parachute training.

Following successful completion of his parachute training, he was posted to Nelson Platoon, C Company, The 2nd Battalion, The Parachute Regiment (2 PARA) in October 1957. On 16 June 1958, he was deployed with the Battalion to Cyprus, and then on to Jordan in July, where he was stationed until returning home in October 1958.

The following year, the Battalion returned to Cyprus on 13 February 1959, where Pte Bridson completed his service until discharge in May 1960. 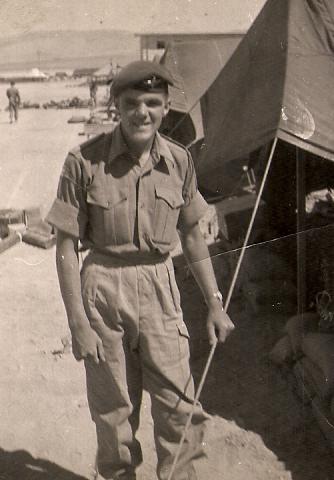