Aaron Bamford Walton was born in New Delaval, Northumberland in January 1915, the son of a coal miner.

He later joined the mining industry with Ashington Coal Company, but did not work as a miner (his father had forbidden him from working underground due to a family history of mining-related illnesses and deaths in colliery disasters). Aaron Walton 'did as he was told'. Initially, he was a clerk and later became a Shipping Superintendent based on the Tyne at North Shields.

When war broke out, Aaron Walton's application to join the armed forces was declined as he was in a 'reserved occupation'. He applied again, this time to the Royal Air Force, but was turned down once more, this time due to an assessment of poor hearing. Undeterred, he finally enlisted into the Royal Welsh Fusiliers and volunteered for airborne service.

He served as a Corporal with the Scout Platoon of 13th (Lancs) Parachute Battalion with the battalion's 'Paradogs' in 1945. He is pictured with several.

Aaron Walton served with the battalion at the Rhine Crossing and during the advance to the Baltic, before travelling with the battalion as part of 5th Parachute Brigade to the Far East for service in Singapore and Java, Indonesia where he became a Sergeant.

Although he did not talk a great deal about his experiences with his family, he held Col Peter Luard in high esteem and also spoke fondly of the Reverend Foy.

With assistance from Jack Walton 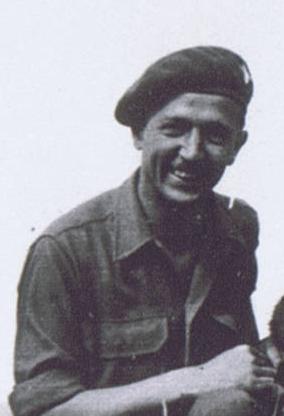