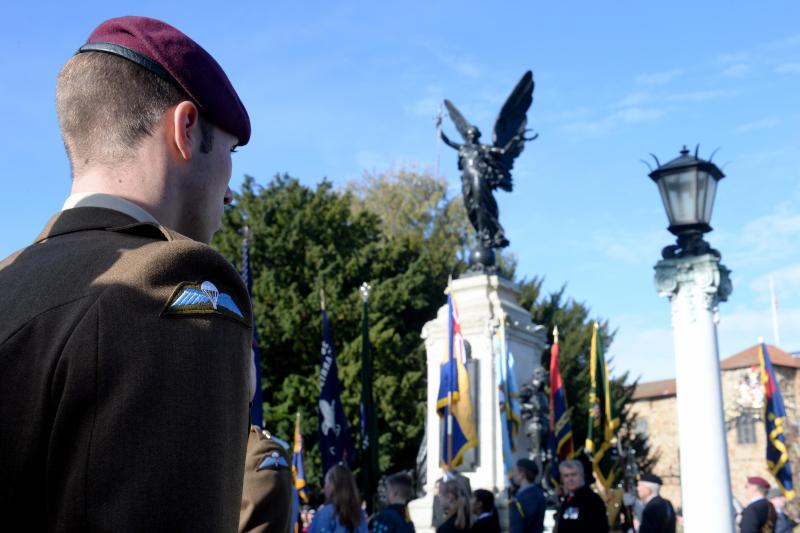 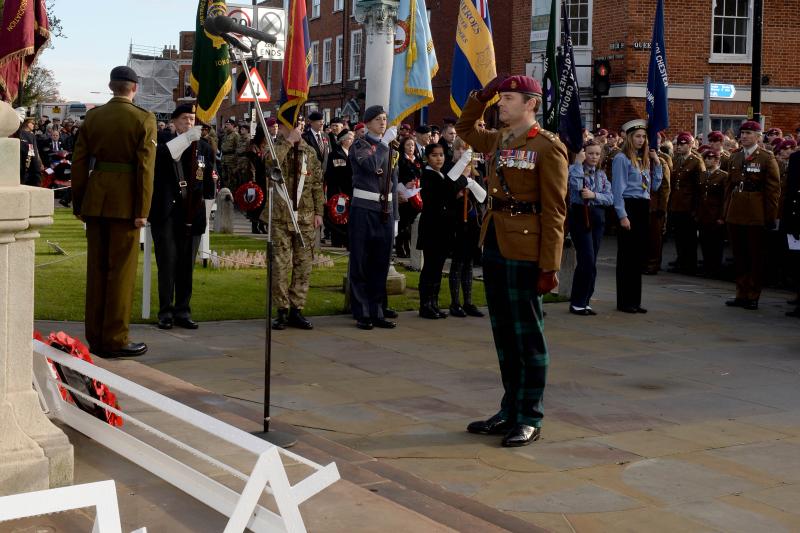 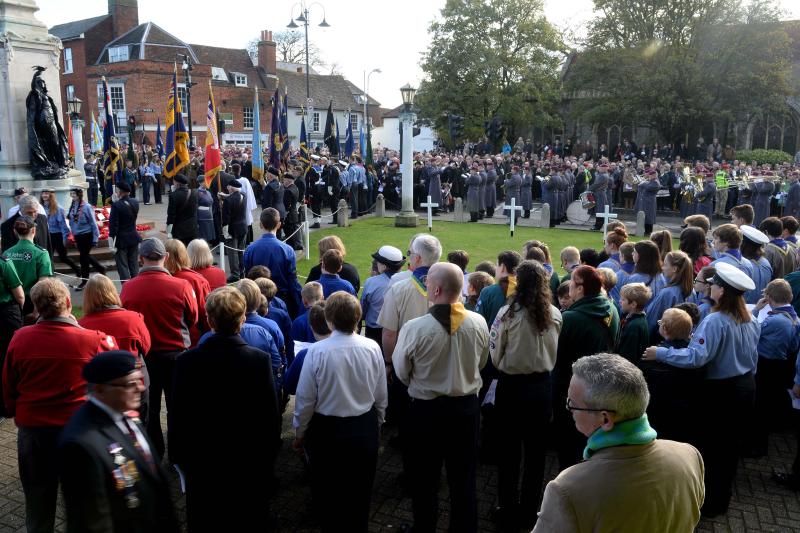 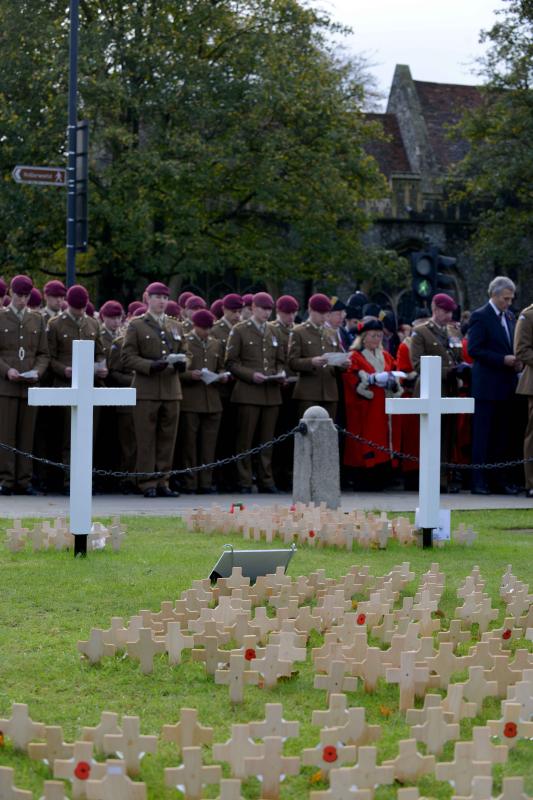 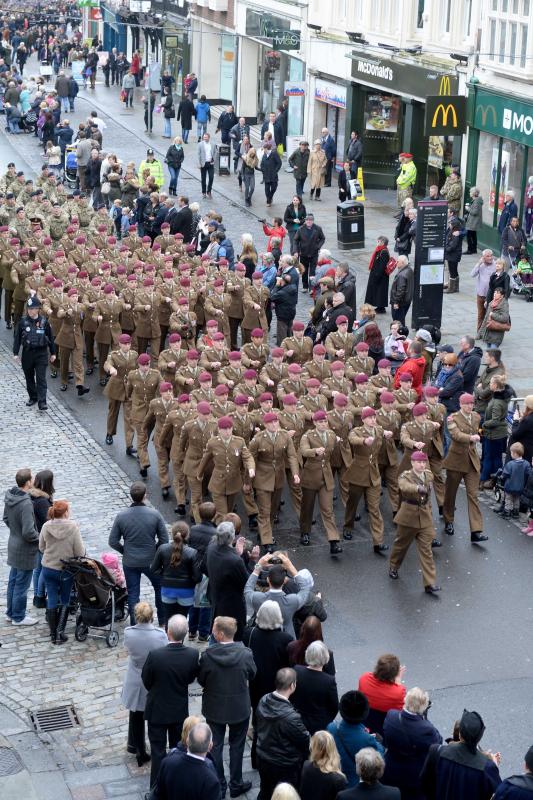 Soldiers were on parade for services at war memorials in towns and villages near their bases at Colchester, Wattisham and Woodbridge.

In Colchester, soldiers based at the town’s Merville Barracks joined civic dignitaries, veterans and cadets and thousands of residents for a Remembrance service and silence at Colchester's War Memorial.

After the service some 80 soldiers from 3rd Battalion The Parachute Regiment and 13 Air Assault Support Regiment The Royal Logistic Corps, led by the Band of The Parachute Regiment, marched to the Town Hall for a reception. They were joined by reservists from 36 (Eastern) Signal Squadron, 37 Signal Regiment and 161 Medical Squadron, 254 Medical Regiment, veterans and youth organisations.

Col Wilkinson said: “‘Remembrance is of great significance to the Armed Forces and it is a huge privilege to join the communities where we are based for services to mark Remembrance Sunday. It is important for soldiers to take the opportunity to stand shoulder by shoulder with the civilian community to show our respect for those who have made the ultimate sacrifice or suffered life changing injuries.”

A private ceremony had been held earlier at the Memorial Garden at the town’s Merville Barracks for families of 16 Air Assault Brigade soldiers killed on operations to lay wreaths and pay tribute to their relatives. Wreathes were also laid at the First and Second World War memorials in Colchester Cemetery.

Three regiments are based at Wattisham Flying Station and all had soldiers at neighbouring towns and villages.

Some 160 troops from 4 Regiment Army Air Corps paraded through Ipswich before a service at the cenotaph in Christchurch Park, including an Apache flypast. Smaller contingents were at services in Elmsett, Ringshall, Long Melford and Battisford.

7 Air Assault Battalion Royal Electrical and Mechanical Engineers sent soldiers to Hadleigh for a parade and service, as well as supporting services in Lavenham, Claydon and Bilderston.

In Woodbridge a marching contingent of 30 sappers from 23 Engineer Regiment (Air Assault) and 61 Field Squadron, 36 Engineer Regiment, both based at Rock Barracks, joined the service in the town, and events at the town’s Grove Court care home and in Boyton, Alderton and Melton.