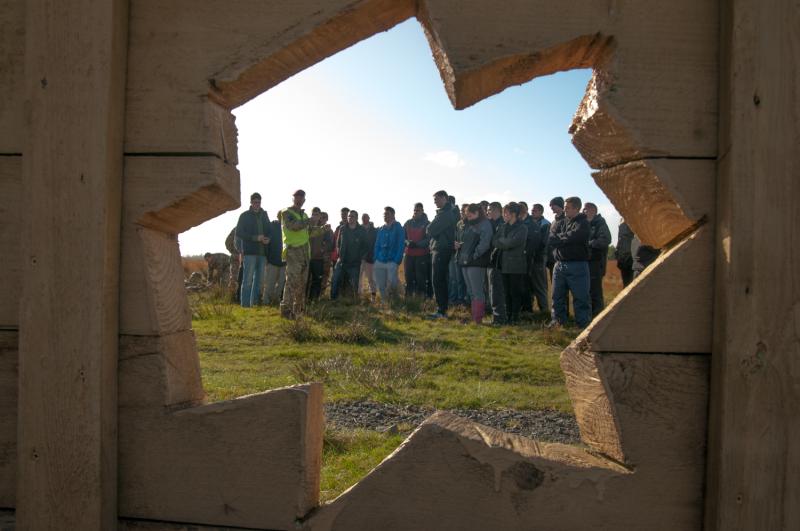 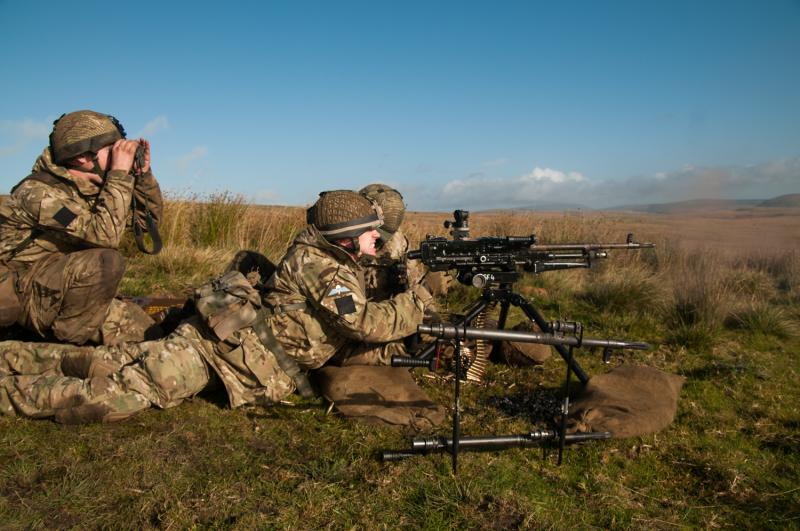 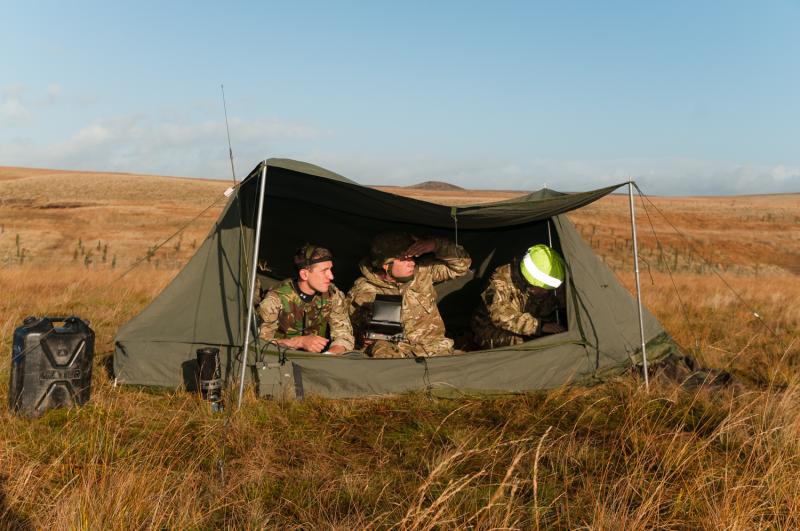 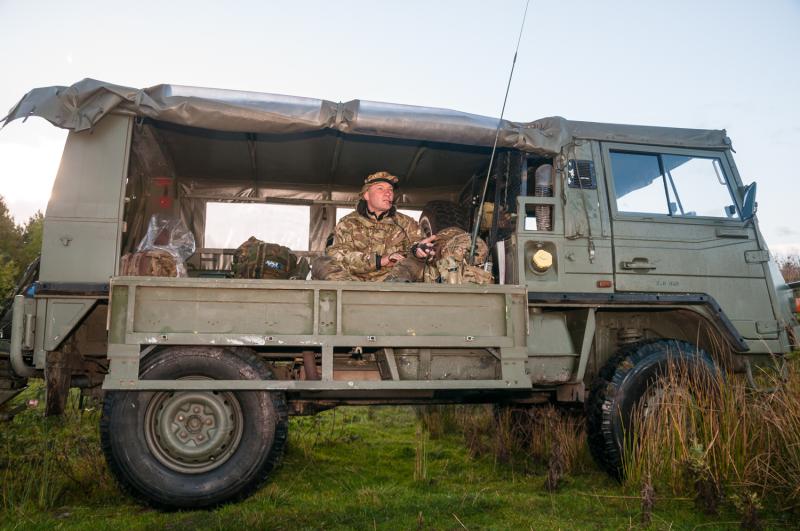 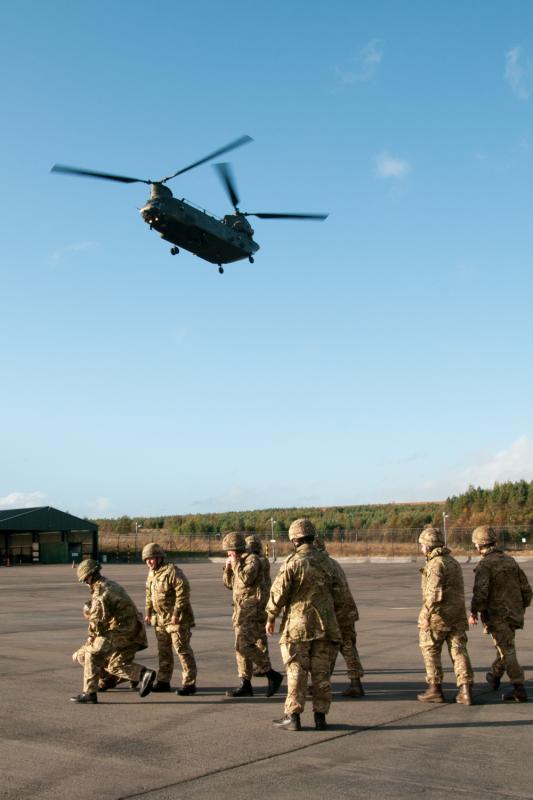 Airborne Reservists from across the country have been training for their rapid reaction role within 16 Air Assault Brigade.

Exercise Black Jaguar, which ran last weekend, is run by 4th Battalion The Parachute Regiment, the Para’s Army Reserve battalion. Troops from the battalion’s different companies in Edinburgh, Glasgow, London, Liverpool and Newcastle Upon Tyne converged on the rugged terrain of Otterburn in Northumbria to conduct live firing training with machine-guns and mortars. The exercise was also supported by a Chinook helicopter from Joint Helicopter Command.

The training is a key opportunity for the reservists to hone their skills as an element of the Army’s very-high readiness formation, the Air Assault Task Force. The AATF sits at a very high level of preparedness to go anywhere in the world at short notice to carry out the full spectrum of operations from war-fighting right through to stabilization.

Lieutenant Colonel Giles Timms MC, 4 PARA’s Commanding Officer, said, “Now that we have the same equipment as the regulars, it makes the training far more realistic. Some of our guys are on five days notice to move which, as a civilian, is a real challenge. We are the only reserve infantry unit tasked with supporting two regular battalions at the same time. We pair with 2 and 3 PARA as they alternate between being the lead infantry unit in the Air Assault Task Force. We have to maintain our connections with the regular units because if they go anywhere, we’ll go with them.

“For this exercise, we have gone right back to the basics. We are making sure that the guys’ specialist airborne infantry skills, weapon drills and ability to use the latest night vision equipment are up to scratch so they can operate side by side with their regular counterparts.”

Among the soldiers taking part was Private Carl Toolan, a theatre technician from Salford who joined 4 PARA earlier this year.

The 27-year-old said: “The challenge of the Paras was something I always wanted to do and 4 PARA’s reputation appealed to me a lot. You’re trained as a regular in your spare time so I’ve got the best of both worlds now - I work full time and I’m training to be a Para.”