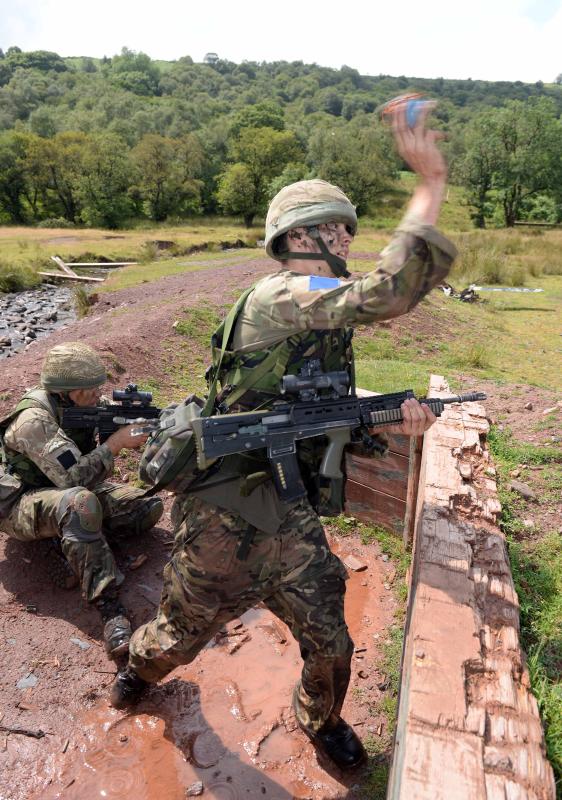 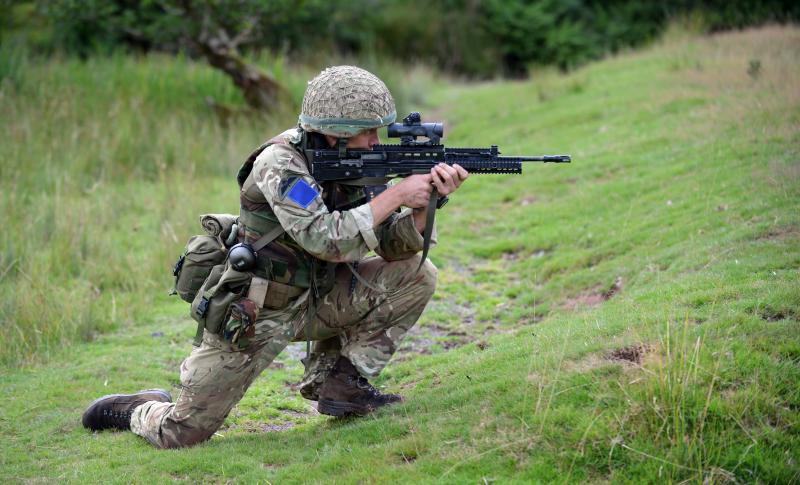 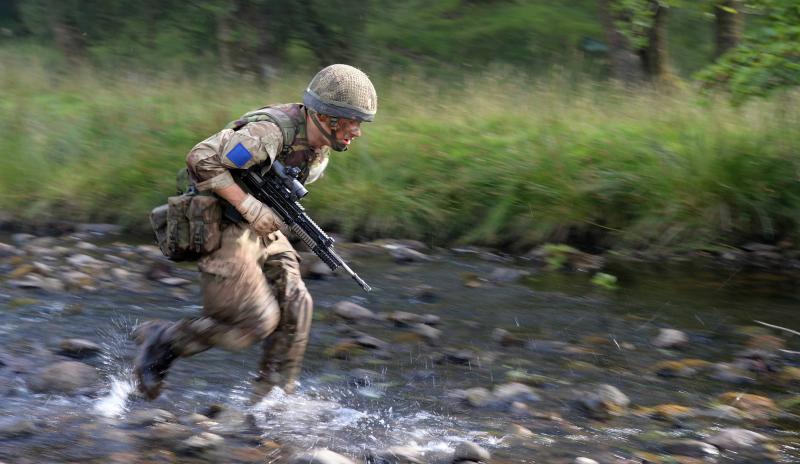 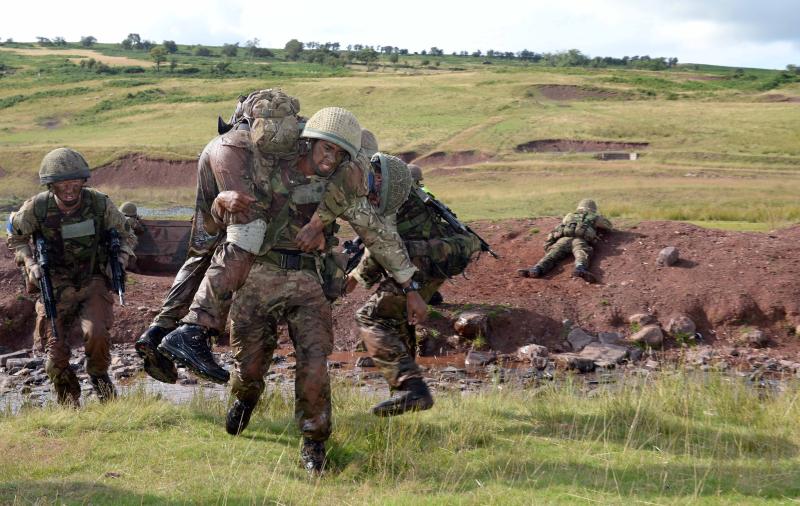 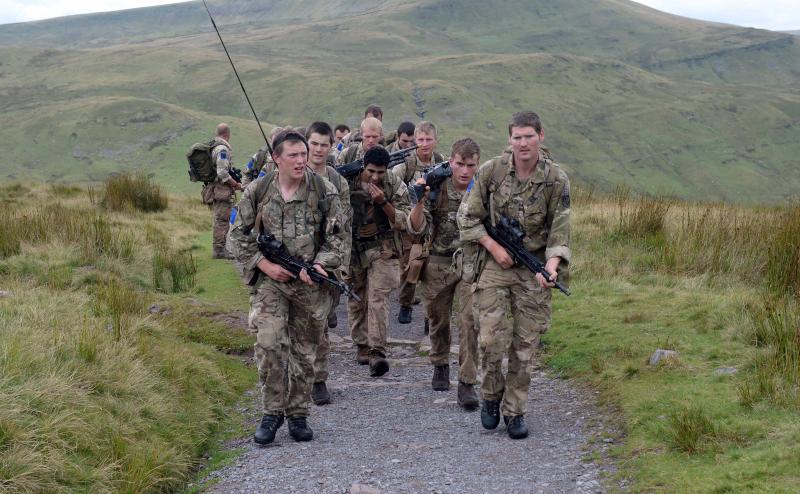 Regular and reserve paratroopers have gone back to basics as they train to become the British Army’s global rapid reaction force.

Exercise Bruneval Assault has seen C (Bruneval) Company, 2nd Battalion The Parachute Regiment training in the tough environment of Sennybridge in South Wales, focussing on the core infantry skills of fire and manoeuvre and living in the field.

The airborne infantry of Colchester-based 2 PARA were joined by a dozen reservists from 4th Battalion The Parachute Regiment. The week-long exercise took into the field the lessons of a package of close quarter marksmanship training, designed to hone the soldiers’ skills with the SA80-A2 assault rifle. As well as practising live fire attacks, the troops tabbed – a fast march carrying equipment – up Pen Y Fan, the highest mountain in Southern Britain at 886m (2,907 feet).

Major Mark Swann, Officer Commanding C (Bruneval) Coy, said: “Coming to Brecon gives us a chance to test what we’ve learnt by doing fire and manoeuvre drills in a tactical scenario. It’s all very well being able to shoot accurately and efficiently on a static range, but the real test is to see how soldiers perform when they’re cold, wet and tired.

“We’re also continuing to move on from Afghanistan, which has seen the Army used to operating out of static and relatively comfortable forward operating bases. As we prepare for contingency operations we are working back towards the classic paratrooper mentality of our soldiers being able to live out in the field and carry everything they need to operate on their back.”

Among the Reservists who joined the exercise was Lance Corporal Brendan Wadsworth, a 39-year-old welder from Newark.

“This has been a brilliant opportunity for me,” he said. “At 4 PARA we’ll do as much as we can in a weekend training camp, whereas on an exercise like this there’s more time to work on your skills.

“I’m a section commander leading regular soldiers who I’ve only just met, which is a challenge, but we all know how it should work and take it from there. I bring a different experience and perspective to bear and each unit has its own ways of doing things, which we can share to develop best practice.”

Maj Swann said: “Every section has had a couple of 4 PARA soldiers attached to it and it has worked really well. The standard of the reservists’ training is fantastic and the only way to pick out them on the ranges is that they wear a black DZ flash on their arm rather than our blue patch.”

2 PARA’s core role is to alternate with 3rd Battalion The Parachute Regiment as the lead unit in the Air Assault Task Force (AATF), which is ready to deploy anywhere in the world to conduct the full range of military operations. 2 PARA is training to take on the AATF role from March 2015, with the unit’s airborne infantry bolstered by artillery, engineers, signallers, medics and logisticians from 16 Air Assault Brigade.