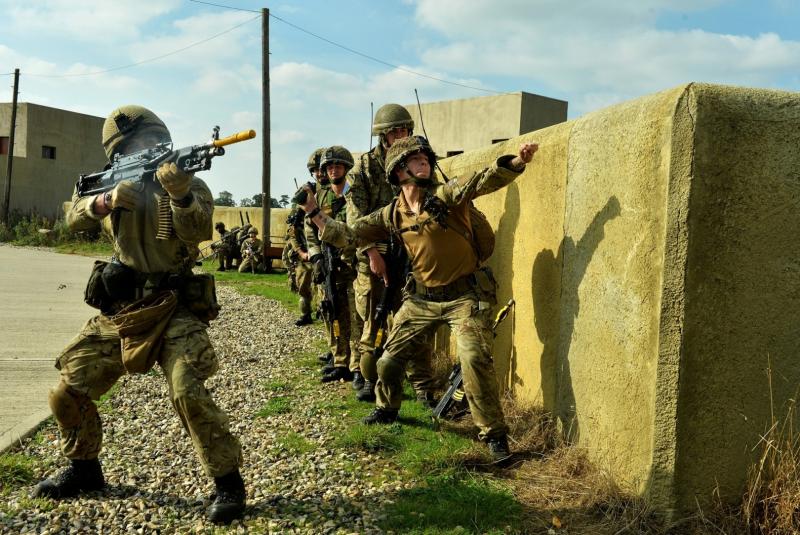 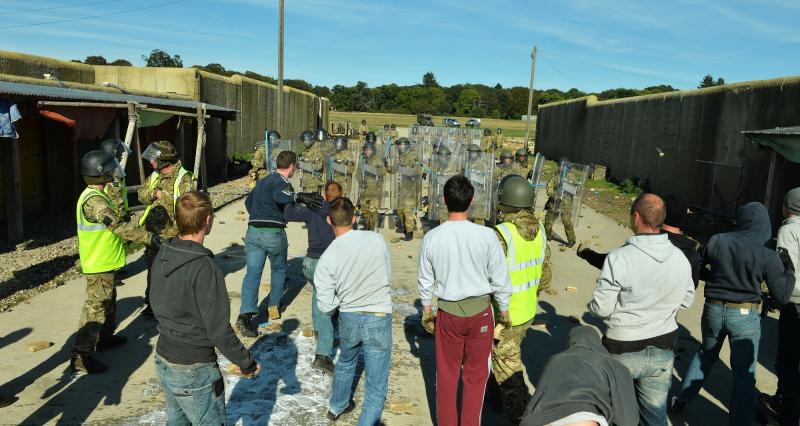 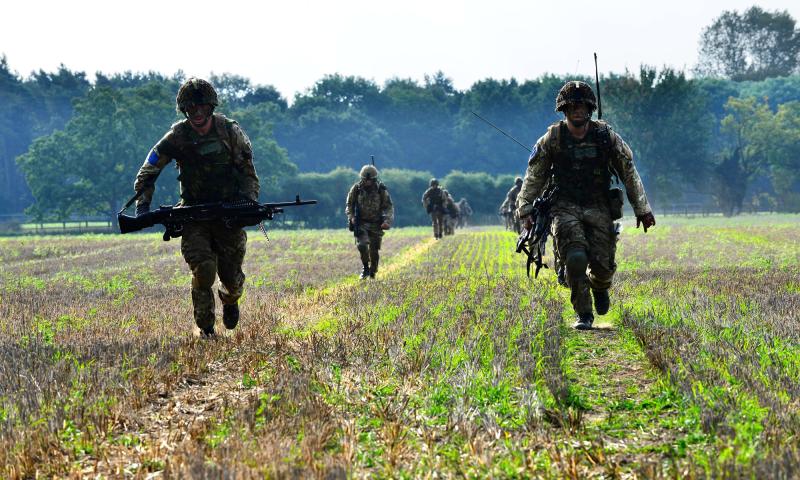 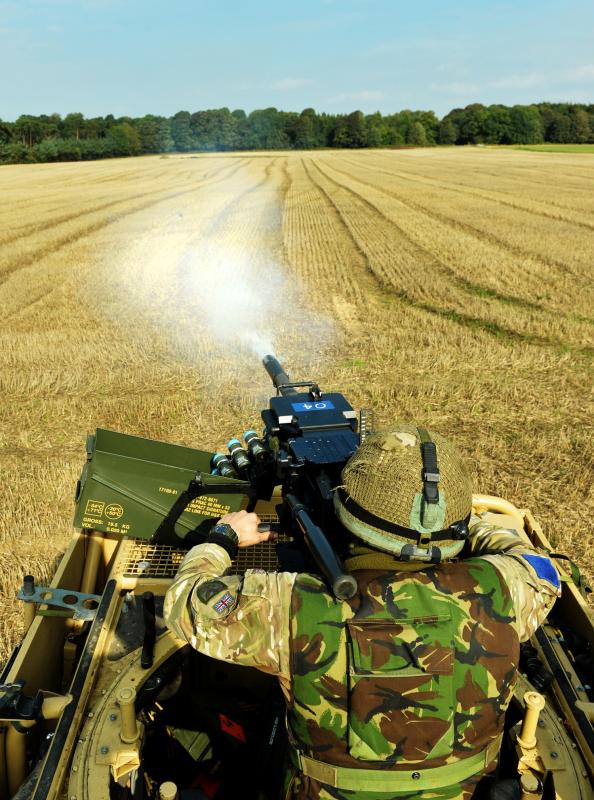 From helicopter assaults to dealing with public disturbances, the British Army’s rapid reaction force has been put through its paces.

Exercise Active Eagle has seen the 2 PARA Battlegroup, which is based around the airborne infantry of Colchester-based 2nd Battalion The Parachute Regiment with the attached artillery, engineering, signals, aviation, logistics and medical support from 16 Air Assault Brigade needed to conduct operations, undergo demanding and varied training at the STANTA Ranges in Norfolk.

The 2 PARA BG is currently serving as the Air Assault Task Force (AATF), which is ready to deploy anywhere in the world at short notice to conduct the full spectrum of military operations, from non-combatant evacuation operations to war fighting. Active Eagle happens in the middle of the year-long AATF commitment to provide a run out for the battlegroup, ensuring it is ready to deploy and provide refresher training on key skills.

The exercise saw the AATF deployed to extract European citizens from a fictional country with longstanding frictions along sectarian lines and dealing with a terrorist threat.

The 2 PARA BG converged on Rock Barracks in Woodbridge to mount for the operation before being inserted into STANTA by parachute or helicopter. Scenarios the troops had to deal with included protecting an embassy against a rioting crowd who bombarded them with abuse, petrol bombs and missiles and assaulting a village to free local police under siege from insurgents.

Lieutenant Colonel Adam Dawson OBE MC, Commanding Officer of 2 PARA, said: “This exercise is designed to corral within one scenario the multifaceted challenges that the AATF may face. It gave the opportunity to run out the planning team’s functions within the headquarters and access to a broad range of assets. Combined with challenging and enjoyable training, it has resulted in a confirmation of our readiness for any challenge that may require our intervention.”

Corporal Dan Bradley, 27 from Droitwich, is a member of 2 PARA’s Patrols Platoon, who parachuted in to set up covert observation posts monitoring movements at an insurgent position.

He said: “We work ahead of the main body of troops to establish where enemy forces are and what their pattern of life is to inform the commander’s planning. Our role is all about seeing without being seen and is a real test of the basic soldiering skills of living in the field and camouflage.

“I’ve been on two tours of Afghanistan and this is a very different style of working – we move on foot carrying all our kit and supplies – but the experience of operations has put us in a good place to adapt.”

Private Daniel Lee, 20 from Canterbury, said: “I’ve only been in 2 PARA for eight months and this exercise has taken me a step up from what I learnt in training. We’ve really worked hard on a lot of different skills.

“I found the public order drills particularly enjoyable and challenging. The adrenaline of facing rioters means that time seems to be going both quickly and slowly and it’s important to work together and keep your discipline.”

Active Eagle runs in parallel with Exercise Active Chariot, which tests the supply and maintenance support provided to the AATF. The former RAF base at Sculthorpe was established as a logistics base from which to sustain the 2 PARA BG, which was operating 30 miles away, with supply depots, medical facilities and workshops set up in derelict hangars.