Unveiling of 'Action at Laterza Bridge' by Stuart Brown, 2014. 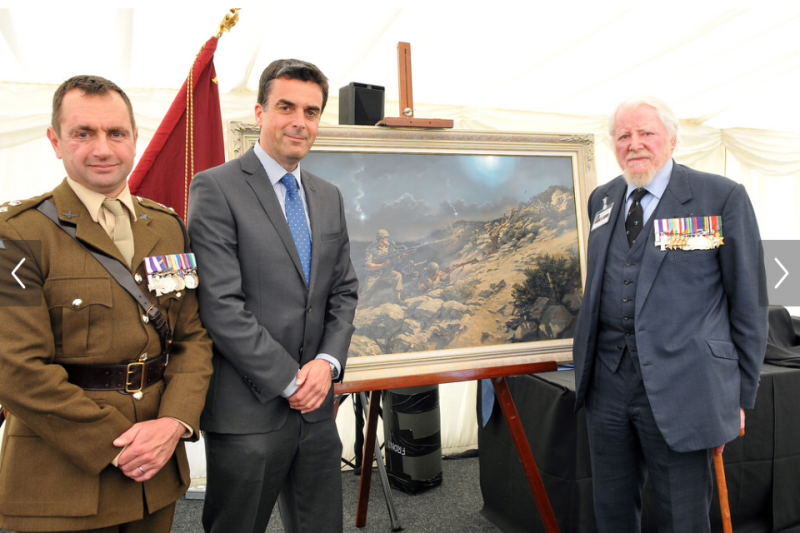 On Sunday 11 May 2014 at 4 PARA’s ‘Support Our Paras’ day, an original painting by Stuart Brown was unveiled by Lt Col Timms MC and Maj (Retd) Dick Hargreaves MC.

Company Commander Major Richard Hargreaves was awarded a Military Cross for his actions during the assault on the night of the 15/16th September 1943.

The oil on canvas painting now hangs in the 4 PARA Sergeants’ Mess at Battalion Headquarters in Pudsey, Leeds.