Snipers from 16 Air Assault Brigade in training, STANTA, May 2014. 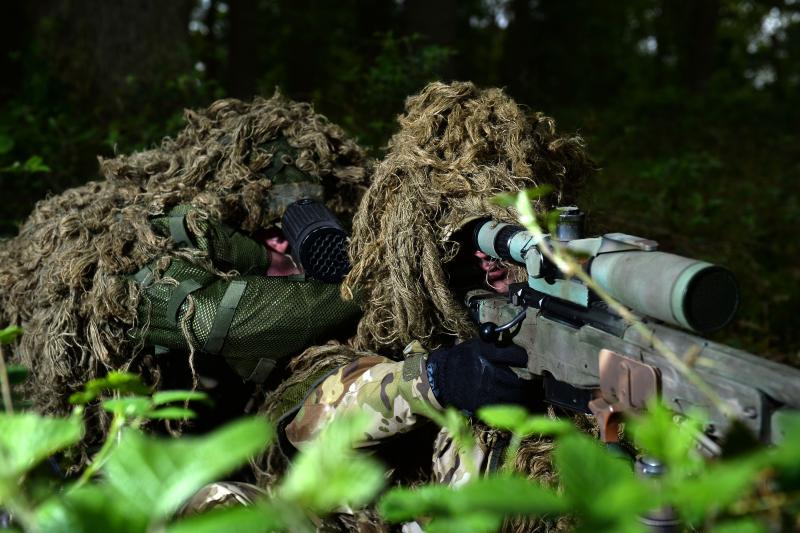 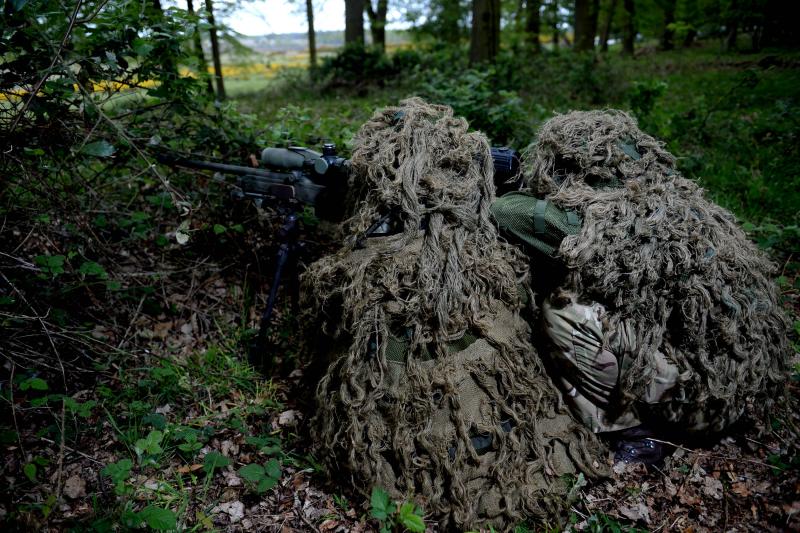 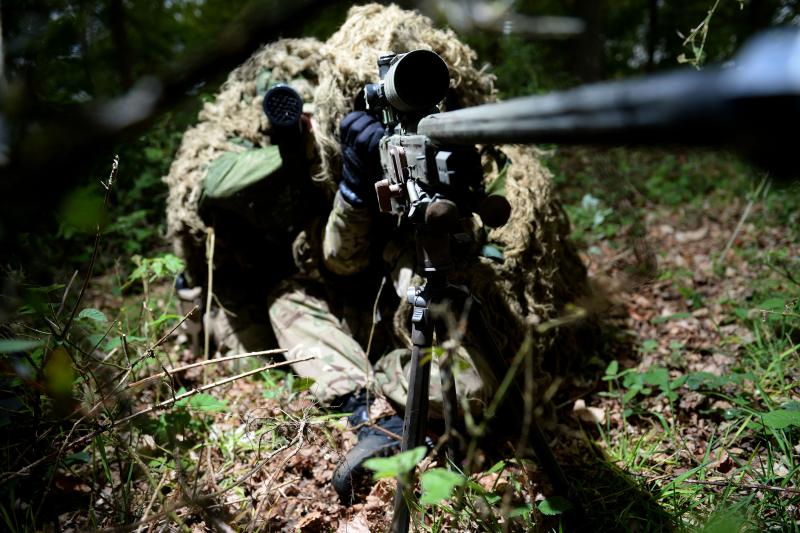 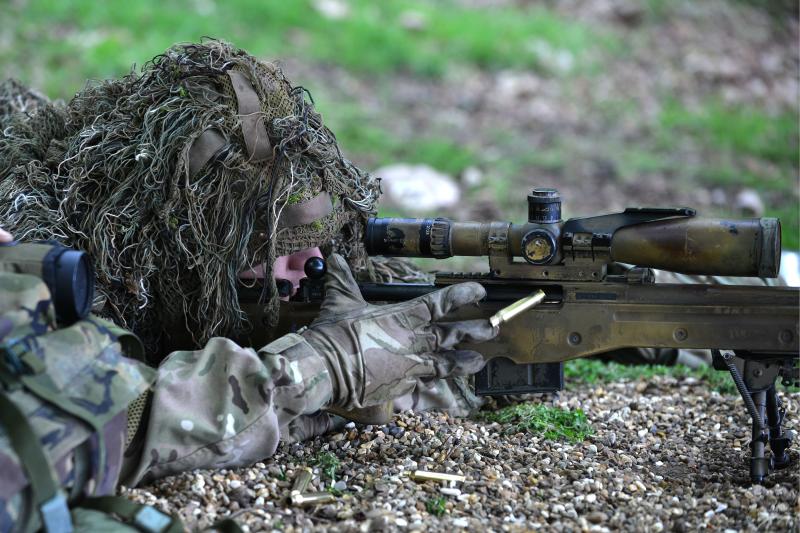 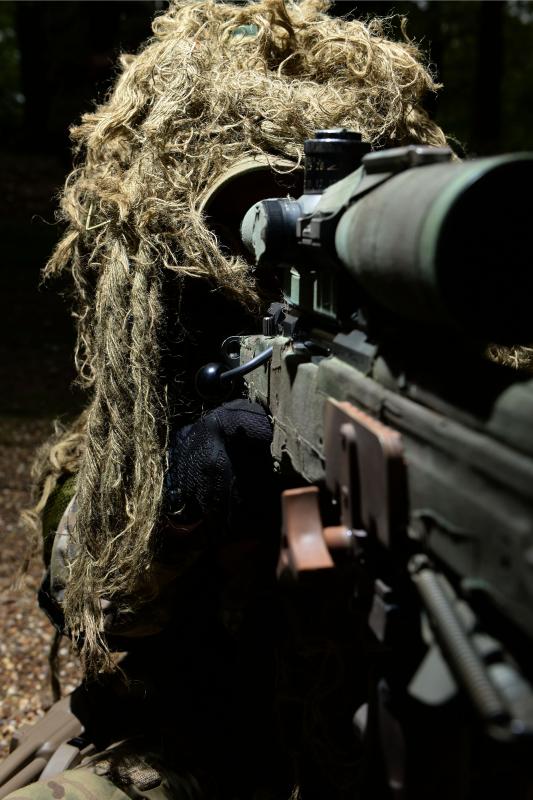 Snipers from the British Army’s rapid reaction force have tested their skills against each other.

Snipers from 16 Air Assault Brigade’s infantry units came together on the Stanford Training Area (STANTA) in Norfolk this week (6-9 May). As well as hitting targets at ranges of up to 1,200 metres by day and night, the snipers were tested on close quarter shooting, stalking and their observation and concealment skills.

Among the soldiers taking part were snipers from 1st Battalion The Royal Irish Regiment, based at Tern Hill in Shropshire, and Colchester-based 2nd and 3rd Battalions The Parachute Regiment and The Pathfinders.

Snipers fulfil a vital and enduring role on the battlefield, in terms of intelligence-gathering, target identification and eliminating high-value targets. They work in pairs, with the more experienced acting as the spotter, using high quality optics to sight targets and judge wind and elevation to guide the shooter, who is equipped with the powerful and accurate L115A3 rifle.

A 2 PARA sniper, who cannot be named for security reasons, said: 'Being a good sniper is about applying to a very high standard the basic skills learnt by every infantry soldier – marksmanship, navigation, observation and field craft.'

The corporal deployed to Afghanistan with 2 PARA in 2010-11.

'On a six month tour I only fired one round,' he said. 'We were observing insurgent positions and movements and feeding back what we were seeing to commanders to shape their planning. That requires patience, the ability to interpret what you’re seeing and responsibility, because the information we’re providing as relatively junior soldiers is being acted on by senior officers.'

Soldiers learn the art of sniping on a rigorous nine week long course.

A 1 R IRISH Lance Corporal said: 'The sniper course is one of the hardest you can do as a soldier. I spent the best part of a year preparing for it and was one of very few people to pass my course. I was determined to complete the training so I could use a weapon system that will maximise the effectiveness of my unit.'

Brigade training officer Captain Spencer James said: 'The sniper concentration has been about bringing snipers from all our units together to work on their skills and learn from each other. It has been intensive training that everyone has enjoyed and benefited from. We’ve also tested our sniper pairs to pick out the best two to compete for the brigade in this year’s Tri-Service Sniper Competition.'

Afghanistan has proved the value of snipers and, as the Army adapts to the challenges of future conflict, snipers will have a central role in the structure of units.

Lieutenant Colonel Mike Shervington, Commanding Officer of 3 PARA, said: 'Snipers are highly trained and capable personnel that have a key part to play in the modern infantry. As well as offering a precision strike capability, snipers are trained in observation and can provide significant information to improve a commander's understanding of the battlefield.

'As airborne troops we are by design a light and fast unit and to have snipers within our ranks is a significant force multiplier.'