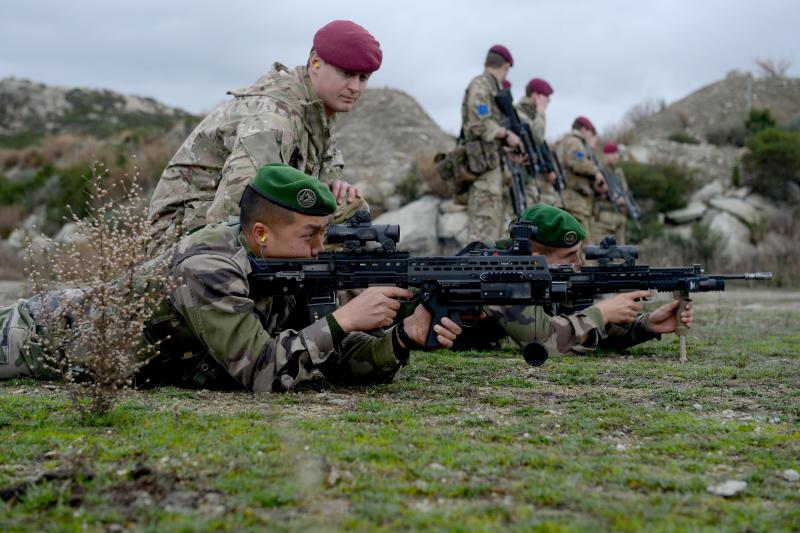 British paratroopers  trained with their counterparts from the French Foreign on Exercise BLUE LEGIONNAIRE on the island of Corsica in January 2014.

Corporal Chris Hooper, 26 from Hereford, said: “It’s been a very different experience to see how another army does its business. The legionnaires are a very disciplined and professional outfit and we’ve worked well together because we’ve got the same role and mentality. It’s been a friendly exercise with a lot of war stories swapped – they did an operational jump in Mali last year and we’ve got a lot to say about Afghanistan.”