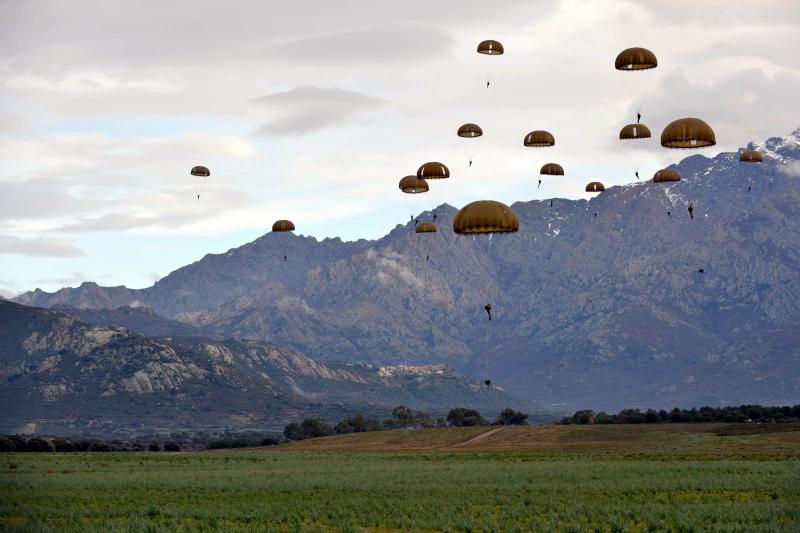 British paratroopers trained on air, land and sea with their counterparts from the French Foreign Legion to build a closer working relationship.

B Company, 2 PARA, worked alongside 2e Regiment Etranger de Parachutistes (2e REP) at their base on the rugged island of Corsica.