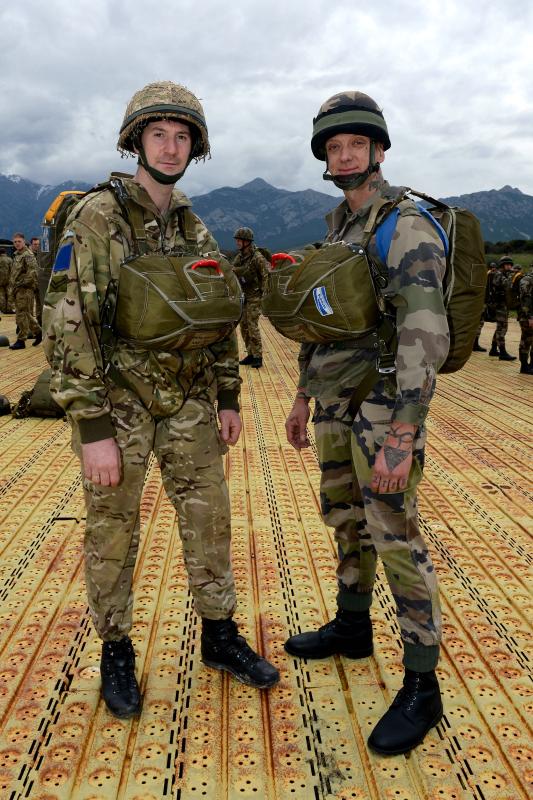 British paratroopers trained with their counterparts from the French Foreign Legion in January 2014 in order to build a closer working relationship.

B Company, 2 PARA, worked alongside 2e Regiment Etranger de Parachutistes (2e REP) at their base in Corsica. Exercise BLUE LEGIONNAIRE saw the two units train with each other's weaponry and practise fighting together in urban areas and beach assaults, as well as climbing and hiking in the island's rugged mountains.

The two-week long training was part of an operational partnership between the British 16 Air Assault Brigade and the French 11e Brigade Parachutiste, which stands at high readiness to deploy together on contingency operations ranging from war fighting to disaster relief.