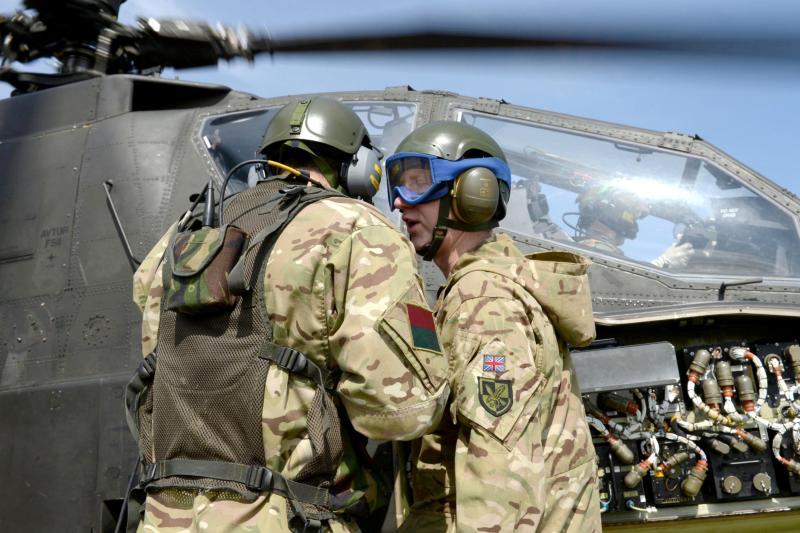 Soldiers who fly and maintain the Apache attack helicopter have trained closer to home as they prepare to deploy on operations in Afghanistan.

Exercise Pashtun Sword saw 654 Squadron, 4 Regiment Army Air Corps carry out the first live firing of the Apache’s 30mm cannon at the Stanford Training Area in Norfolk, known as STANTA. Ground crew were tested at rearming and refuelling the Apache at a Forward Arming and Refuelling Point (FARP) - the military equivalent of a Formula 1 pit stop.

The unit, based at nearby Wattisham Flying Station in Suffolk, leave for a four month tour of Helmand Province next month. Apaches have been permanently deployed in Afghanistan since 2006 with all live firing training in the UK previously carried out at Otterburn in Northumberland or Castlemartin in Wales.

Major Nick English, officer commanding 654 Sqn, said: “We’ve been working towards this tour since March, including training in California and with the units we will deploy with. This exercise is a final polish of our individual skills and drills to ensure we are ready to go."

“It’s great to use STANTA because it’s on our backdoor and we can train while staying at home in Wattisham. The logistics are easier and it’s important to give everyone as much time as possible with their families before we go away for four months.”

The Apache’s role in Afghanistan is to protect troops on the ground, other helicopters and land convoys and provide a near all-weather precision strike capability.