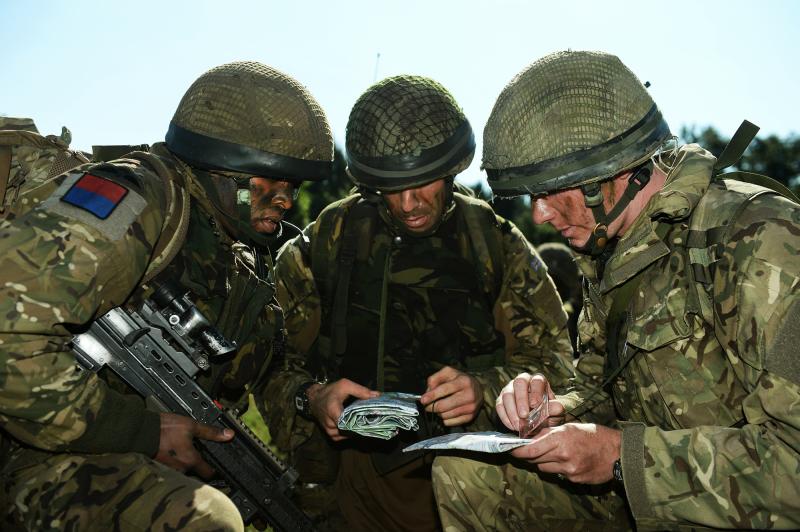 Exercise CYPHER BAYONET has seen the Colchester-based gunners show their ability to perform as infantry soldiers as well as their core artillery role. The week long training, at Stanford Training Area (STANTA) in Norfolk, has seen troops practise manoeuvring across hostile countryside and living in the field for prolonged periods.

7 Para RHA’s main commitment is to provide a gun battery at high readiness to deploy for operations from disaster relief to war fighting as part of 16 Air Assault Brigade, the British Army’s rapid reaction force.