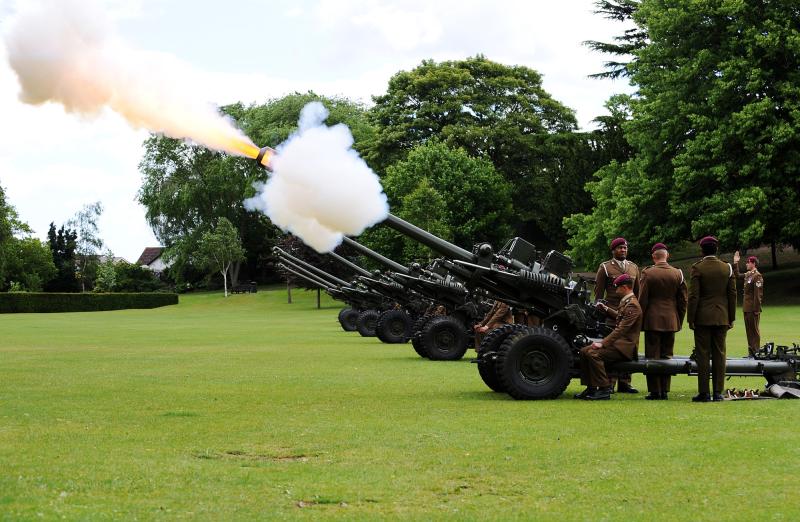 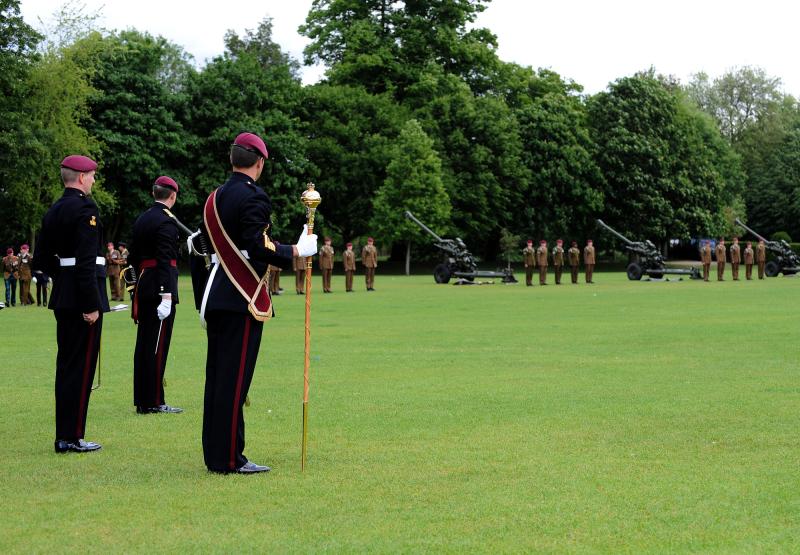 The guns fired were 105 mm Light Guns, the same type used by 7 PARA RHA for its operational role in the Air Assault Task Force, which is ready to deploy anywhere in the world at short notice for operations ranging from disaster relief to war fighting.

There are only ten other saluting stations in the UK, all in major cities: Hyde Park, The Tower of London, Woolwich, Edinburgh Castle, Stirling Castle, Cardiff, Belfast, York, Plymouth and Dover Castle. There are also two in Gibraltar. Colchester was given the honour by Her Majesty The Queen in 2006 as the previous saluting station of Aldershot no longer had artillery stationed in the town.

Gun salutes are customarily fired as a sign of respect or welcome. Just as a salute with the open hand was used to show that no weapon was concealed in the palm, so the firing of cannon as a salute indicated the friendly intent of an empty chamber.

In Britain, royal salutes are fired on specified days every year to celebrate certain royal anniversaries. These are Accession Day, 6 February; The Queen’s birthday, 21 April; Coronation Day, 2 June; The Queen’s official birthday, June; and The birthday of the Duke of Edinburgh, 10 June. Salutes are also fired for the State Opening of Parliament; when Parliament is prorogued by the Sovereign; and for State visits, timed for when the visiting Head of State first meets the Sovereign.