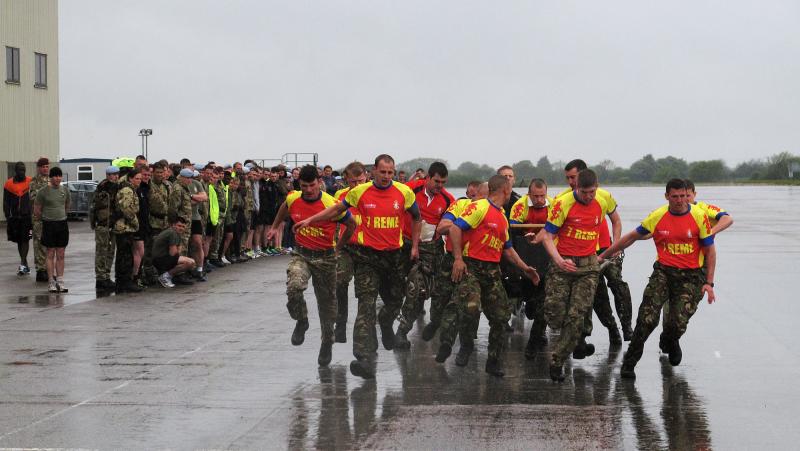 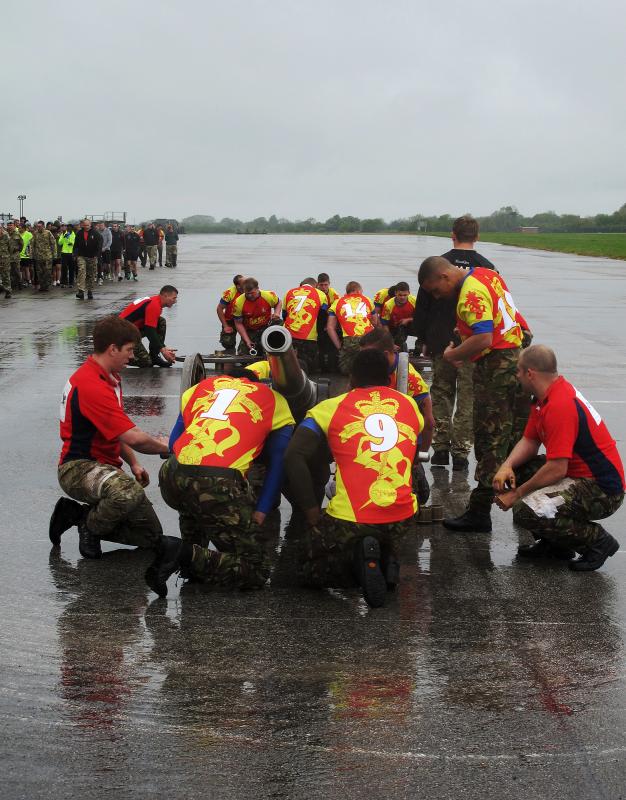 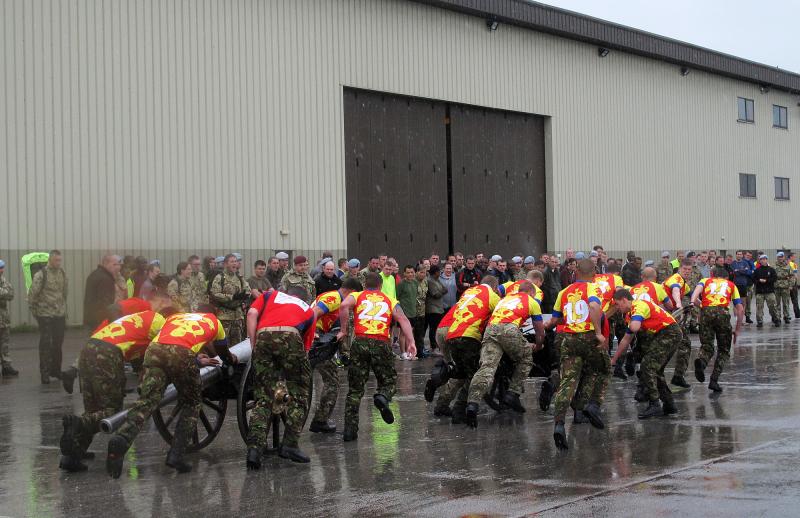 7 Air Assault Battalion Royal Electrical and Mechanical Engineers (7 AA Bn REME) is flying the flag for the Army in this year’s Royal Navy and Royal Marines Charity Field Gun Competition. The event challenges 18-man teams to haul a 2,000lb field gun and limber along an 85-yard course, fire six rounds and return in the shortest possible.

7 AA Bn REME has a proud record in the competition, which takes place at HMS Collingwood in Portsmouth on Saturday 1 June, as the only non-Navy winners of the event in 2005.

The crew carried out their last practice at Wattisham Flying Station in heavy rain today (Fri 24 May), with the assembled battalion providing the experience of performing in front of a crowd.

Team captain Sergeant Terence O’Brien, who competed in the 2005 winning team and is taking part for the sixth time, said the crew were “well set for the competition”.

The 37-year avionics technician from Rochester, Kent  said: “The training has been going really well and we’ve been putting some competitive times down the track. Even today’s run in the rain was faster than anything we’ve done in Wattisham before and we’re going into the competition very confident.

“The gun run is all about fitness, controlled aggression and teamwork skills. There’s no margin for error and the competition is won on fractions of seconds.”

The team came together in February and, after six weeks of fitness work, have been training with the gun for four weeks. On the competition day, each team has seven runs with the six teams with the best aggregate times going into the final.

A newcomer to the team is aircraft technician Lance Corporal Matthew Clark, 22 from Beverley, East Yorks.

“The gun weighs a ton – literally! It’s very awkward and almost has a mind of its own once it has started moving. Everyone has to pull together to do it but the team is working well and running competitive times. The gun run is a big thing in the battalion and I’m really happy to be on the team. There’s a strong rivalry with the Navy and we know that we’re there on our own representing the Army and are determined to do our best.”

The competition originated from an action during the Boer War in 1899 which prevented the British garrison town of Ladysmith falling to the Boers. As Boer troops advanced, an urgent message was sent requesting that Naval field guns be rushed to Ladysmith from HMS Powerful which was moored more than 100 miles away at Durban. The guns were transported by train before sailors manhandled them to the front just in time to check the advancing Boers. The town was besieged for four months but held out until its relief in February 1900. The event captured the public imagination and lead to the creation of the competition.