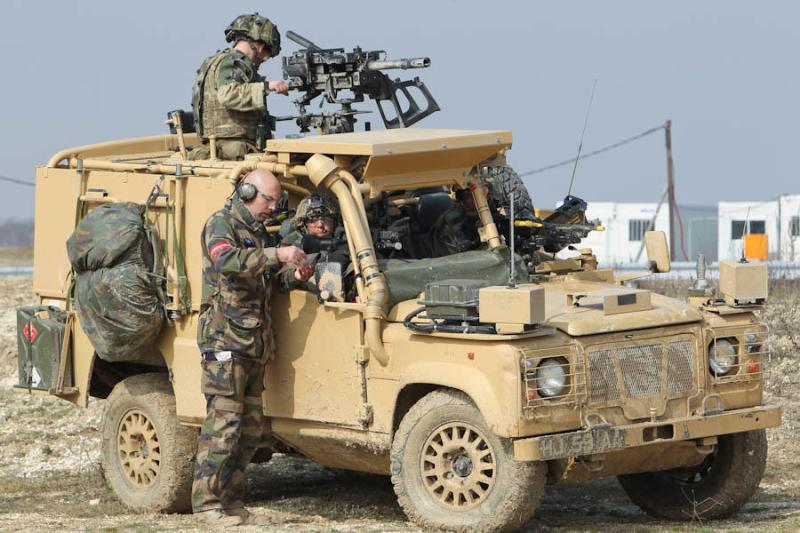 The first part of the two-week training programme, called Exercise GAULISH EAGLE, saw paratroopers train with the Giat Famas assault rifle, the standard weapon of the French Army, and learn French tactics and techniques for working with tanks in built-up areas. The training culminated in a field exercise with the two units working together to attack and defend CENZUB’s two purpose-built training towns - Beausejour and Jeoffrecourt - which have been constructed with different districts imitating retail, residential and industrial areas.

The training builds on the two countries' military co-operation following the signing of the Defence and Security Co-operation Treaty by Prime Minister David Cameron and French President Nicolas Sarkozy in November 2010. 3 PARA is part of 16 Air Assault Brigade, the British Army’s rapid reaction force, which has been tasked with building a partnership with the French 11e Brigade Parachutiste (11e BP). The two brigades are working towards the formation of a joint expeditionary force for contingency operations.