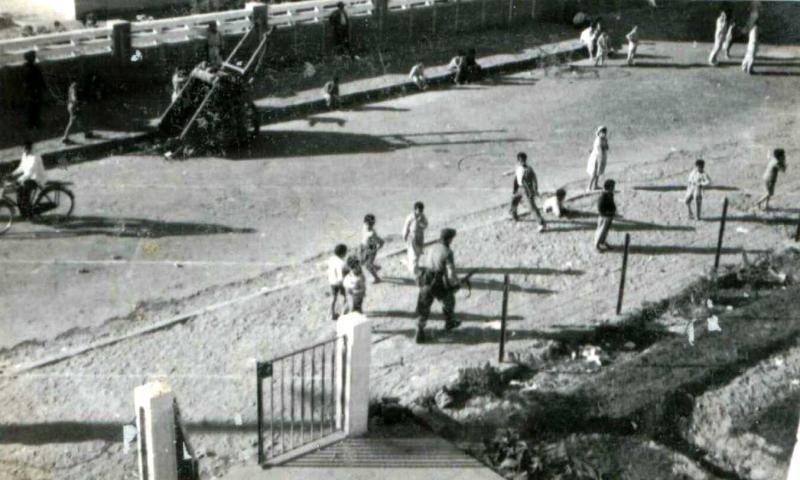 Pte Frank explains the incident that occurred in this photo whilst based at a school in Suez.

‘My job was to stop anyone coming onto the footpath near enough to throw any object, but the lads started throwing tins of food out into the road, from the windows. Some of the tins landed on the path and the kids ran forward to pick them up, but there was a guy with a chain hitting the kids and taking the food from them and placing the tins into a sack.

When I tried to pick up the sack, he came at me with the chain and made a swing. ‘Bad Mistake’ as I had my bayonet fitted to my weapon; the result being, as he raised his left arm to strike me, I lunged forward with my rifle sending the bayonet thru his left shoulder, and I mean all the way. He screamed, dropped the chain and disappeared around the corner toward the hospital with a resounding cheer from the lads.

The guard on the roof told me later, he got off light, because if he had connected with me, they were about to shoot him.

Later he returned all bandaged up to the neck, and demanded to see the officer in charge as to making a complaint for the treatment he received, and was promptly told how lucky he was, and to disappear while he still had the chance.’