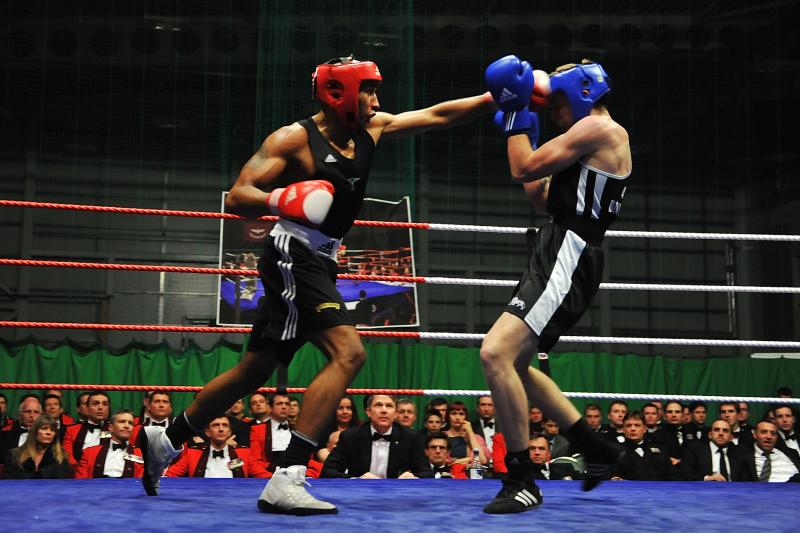 Soldiers from 3rd Battalion The Parachute Regiment box against 4th Battalion The Rifles in the semi-final of the Army Major Units Boxing Championship at Colchester on 29 February 2012.