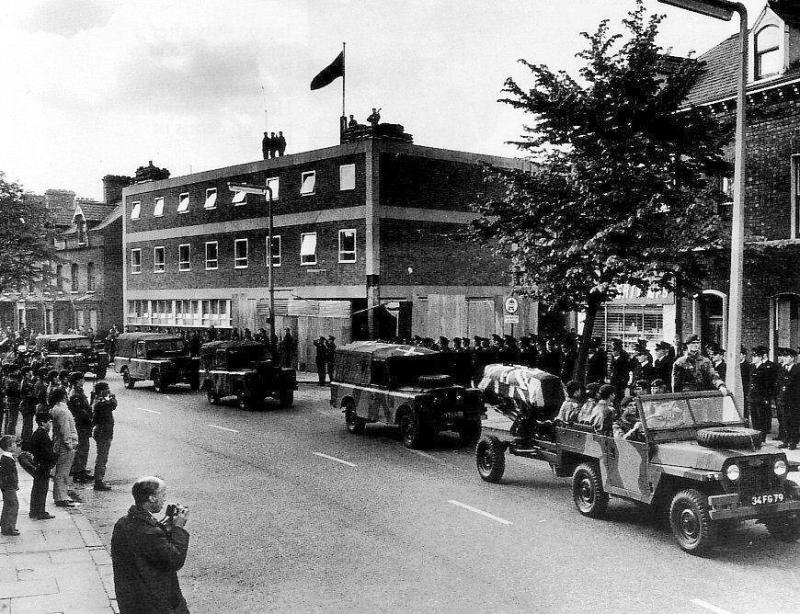 The funeral cortege of Sergeant Michael Willetts GC of the 3rd Battalion, The Parachute Regiment.

His Commanding Officer, Lieutenant Colonel Peter Chiswell, arranged the only British military funeral of 'The Troubles'. Here is the cortege travelling along Springfield Road, past the RUC Station where he was fatally wounded, & between ranks of 3 PARA & RUC Officers.