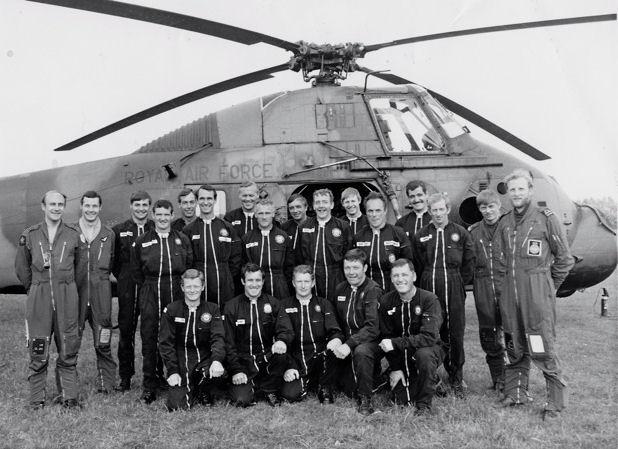 The picture was taken at Sennelager on 7 July 1977 just before the Queen's Review of BAOR. The RAPA display team for that day included a number of Airborne men. Sadly, some of those in the picture have passed on.

I regret I only have one of the aircrew names that is Lt Mark Salter RN (standing front right).

The 'demo' included two RAF Wessex helicopters from RAF Gutersloh. The 16 man team carried out 35 rehearsal jumps most of which were from 12,000 ft and comprised a relative work formation that depicted, in red white and blue smoke the image E II. Sadly, a 5,000 ft cloudbase on the day resulted in an abbreviated demo which was, nevertheless, appreciated by Her Majesty and the vast crowds.