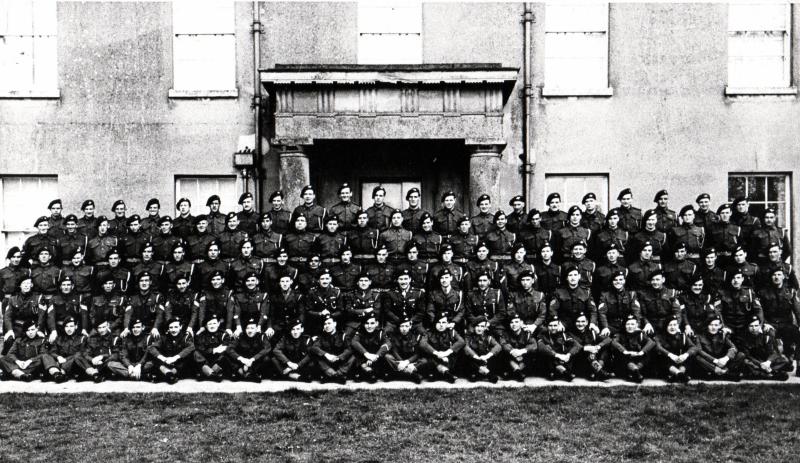 Taken in September 1944, just before take off to Arnhem.

William Aldcroft (Second row from the back, fourth in from left hand side) comments: 'Me...The good looking one! Note the men with the little white mark on the left breast. This is the African Star; the others were reinforcements when we returned to England. Wasn't many of the originals left I think and these were, like me, one of the hundreds of reinforcements sent out to replace casualties. They always failed to bring the company up to full strength. Not one of this lot managed to get away as far as I know. In a week of nonstop action they were ether KIA, wounded, captured: some died in the POW camps and Hospital, and some have a 'no known grave' and are still listed as 'Missing believed KIA'. Such a lot of fine young men who found they were no match for Tiger Tanks...sad ain't it.'