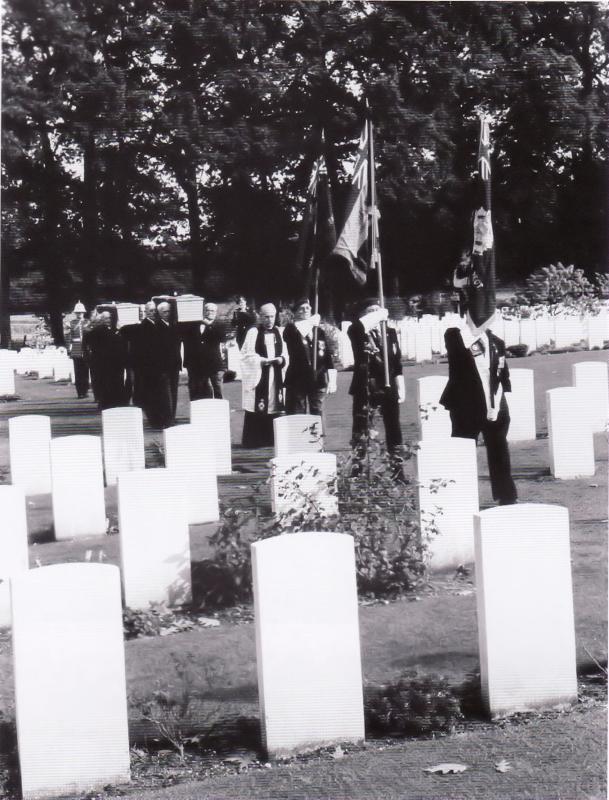 On 8 October 1993, 14 veterans of 1 Border went to Oosterbeek to act as bearers and escorts at the funeral service for Pte Ernest Ager and Pte Douglas Lowery. Their remains had been found earlier in the year where they had fallen in action.

The funeral  was also attended by representatives of the King's Own Royal Border Regiment, the British Military Attache in the Hague, the Dutch Army, the Commonwealth War Graves Commission, the Netherlands Grave Service, the Mayor of Oosterbeek, staff of the Airborne Museum Hartenstein and local people.

Source: Reproduced by kind permission of Stuart Eastwood and the Borders Regimental Museum.