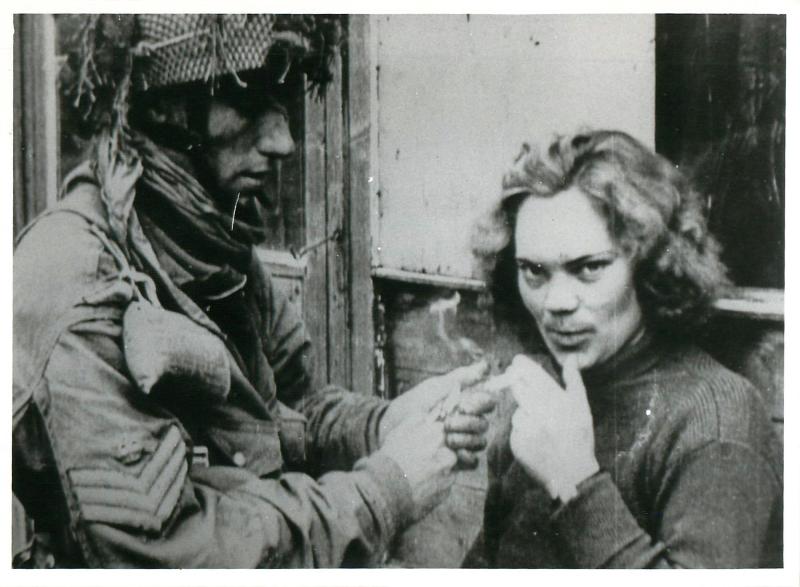 The woman is Irene Reimann, a Luftwaffe Telegraphist who had been billeted in Wolfheze. The only female POW of the battle, she was captured by troops from 7th Bn KOSB on 17 September 1944, shortly after the arrival of the first lift.

One of the secondary duties for the Glider Pilot Regiment was to guard POWs.