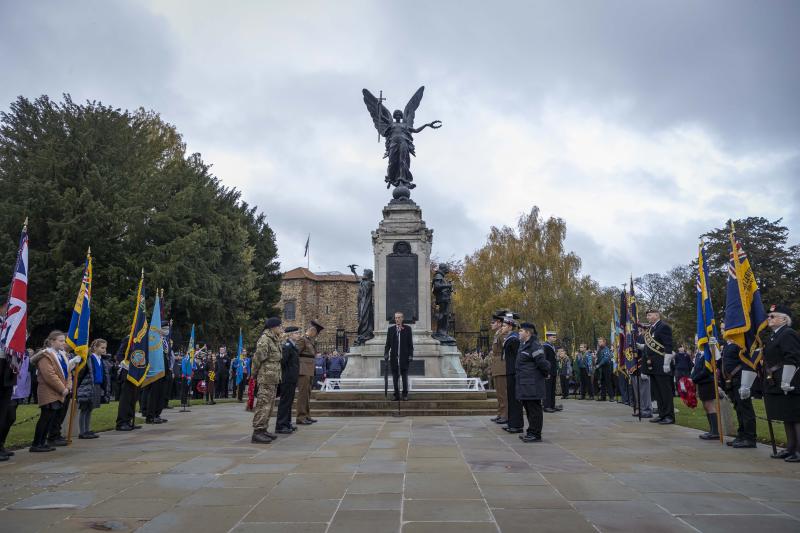 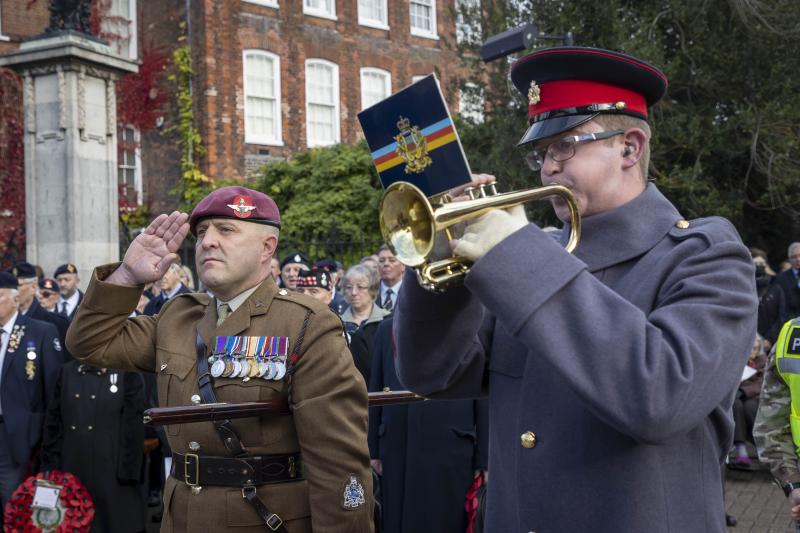 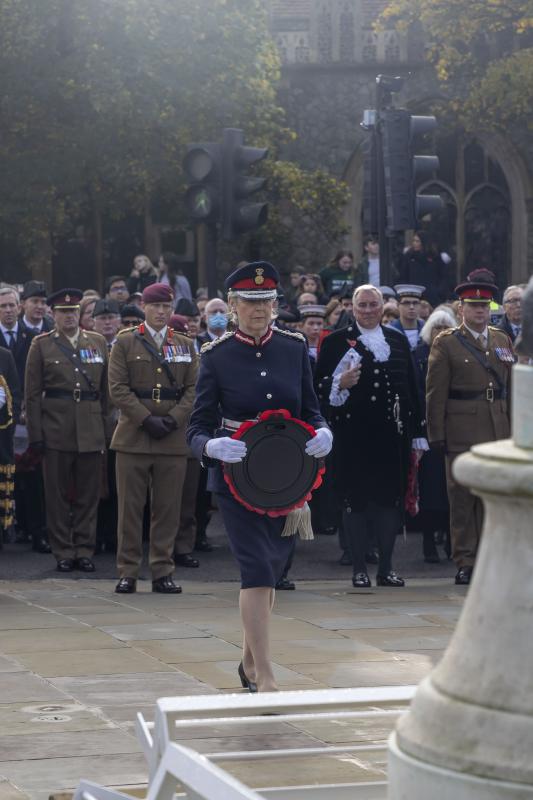 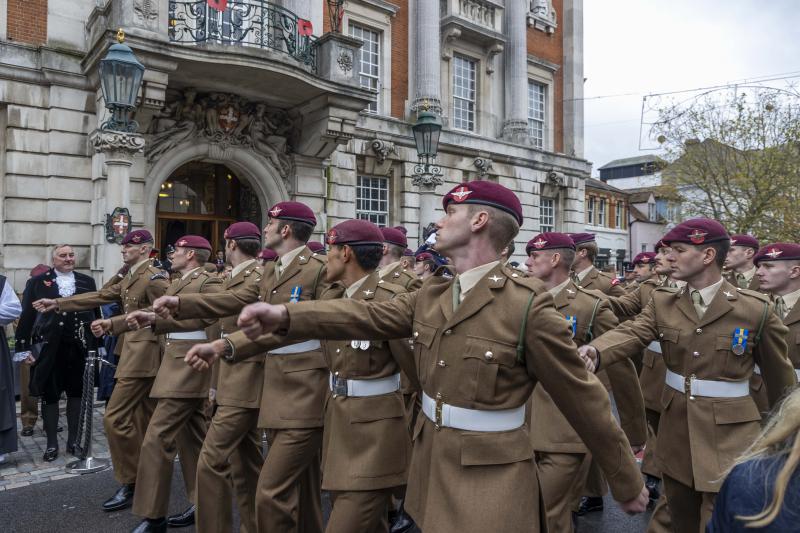 In solemn silence, soldiers stood shoulder-to-shoulder with the people of Colchester to mark Remembrance Sunday (14 Nov).

Troops joined civic dignitaries including the Lord-Lieutenant of Essex Jennifer Tolhurst and the Mayor of Colchester Cllr Robert Davidson, veterans and cadets and thousands of residents for a Remembrance service and silence at Colchester's War Memorial. British Army Band Colchester played and a 105mm Light Gun from 7th Parachute Regiment Royal Horse Artillery fired to mark the beginning and end of the two minute silence at 11am.

After the service, some 65 soldiers from the town’s 3rd Battalion The Parachute Regiment and reservists of 36 Signal Squadron, 71 (City of London Yeomanry) Signal Regiment and 161 Medical Squadron, 254 Medical Regiment marched through the town centre alongside veterans and youth organisations.

The soldiers, based at the town’s Merville Barracks, were headed up by Brigadier Nick Cowley, Commander of 16 Air Assault Brigade Combat Team, and Lieutenant Colonel Ed Rankin, Commander of Colchester Garrison.

Lt Col Rankin said: “It is a huge privilege to join with the people of Colchester to mark Remembrance Sunday, and a demonstration of the strong bonds between the town’s military and civilian communities. From veterans proudly wearing their medals to young people in youth organisations and serving soldiers to members of the general public, all were there for different reasons but all stood together to remember those who have made the ultimate sacrifice.”

Colchester Garrison is responsible for managing Merville Barracks in Colchester, Wattisham Flying Station and Rock Barracks in Woodbridge. It provides logistical and infrastructure support to 16 Air Assault Brigade Combat Team, which is the British Army’s airborne rapid reaction force and has most of its units based within the Garrison’s footprint. It also oversees civic relations with Essex and Colchester’s role as a Royal Saluting Station.