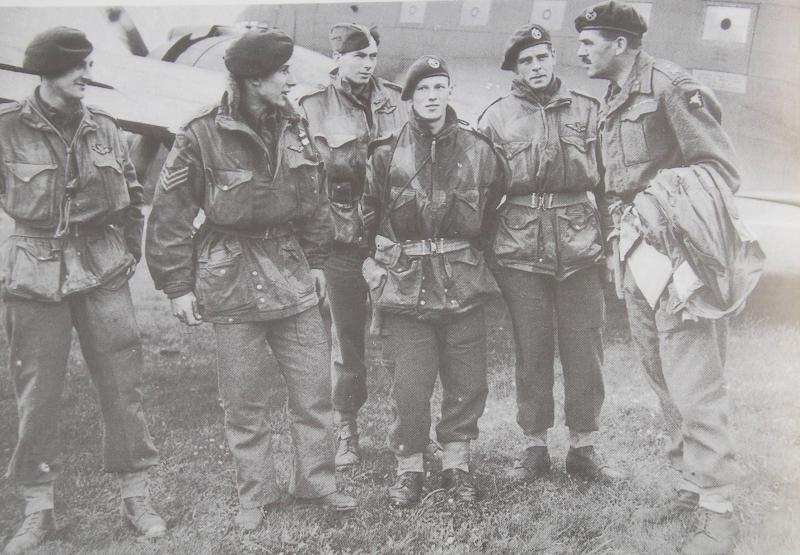 This photo was  taken on General Urquhart’s return to England on Friday, 29 September in the personal C-47 of General Williams of IX Troop Carrier Command, which flew him from Brussels to RAF Cranwell in Lincolnshire. He was met by General Brereton and this series of photographs were taken by a US Army Signal Corps photographer named Tonne.