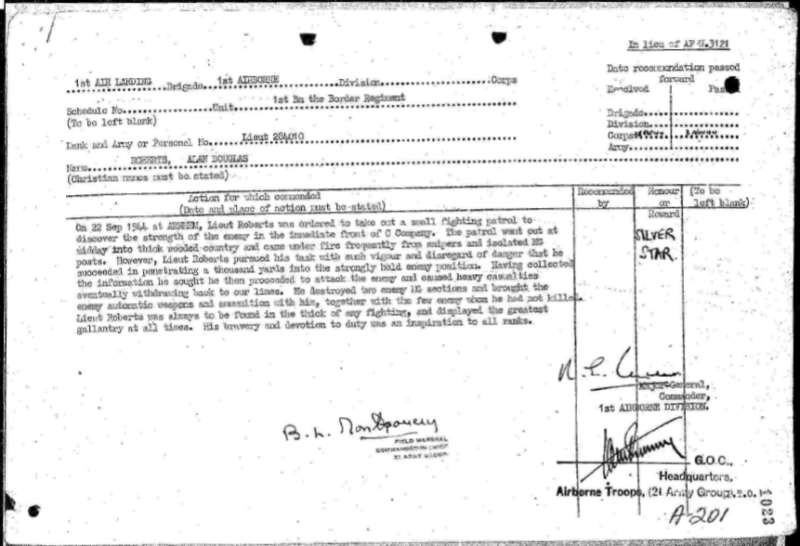 On 22nd September 1944 at Arnhem, Lieutenant Roberts was ordered to take out a small fighting patrol to discover the strength of the enemy in the immediate front of C Company. The patrol went out at midday into thick wooded country and came under fire frequently from snipers and isolated machine gun posts. However, Lieutenant Roberts pursued his task with such vigour and disregard of danger that he succeeded in penetrating a thousand yards into the strongly held enemy position. Having collected the information he sought he then proceeded to attack the enemy and caused heavy casualties eventually withdrawing back to our lines. He destroyed two enemy machine gun sections and brought the automatic weapons and ammunition with him, together with the few enemy whom he had not killed. Lieutenant Roberts was always to be found in the thick of any fighting, and displayed the greatest gallantry at all times. His bravery and devotion to duty was an inspiration to all ranks.