Citation for the award of the Military Cross to Major Alan Bush, Arnhem 1944. 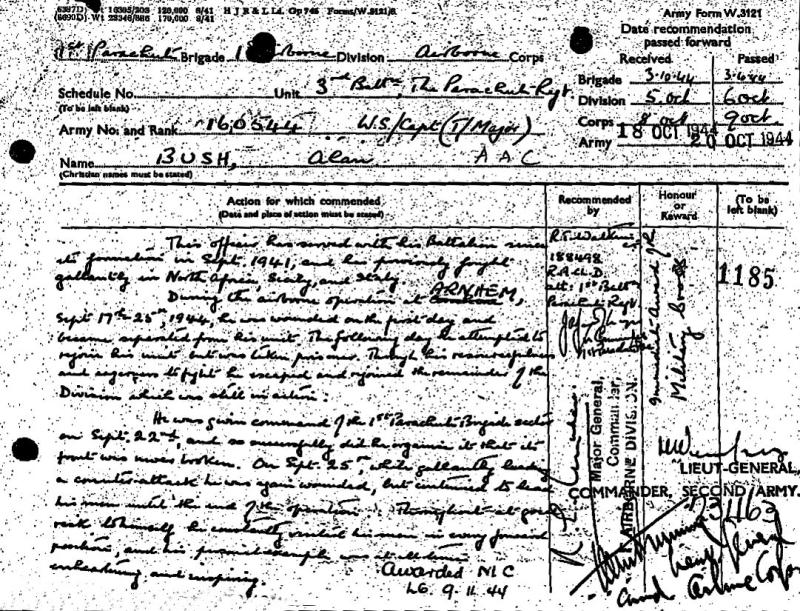 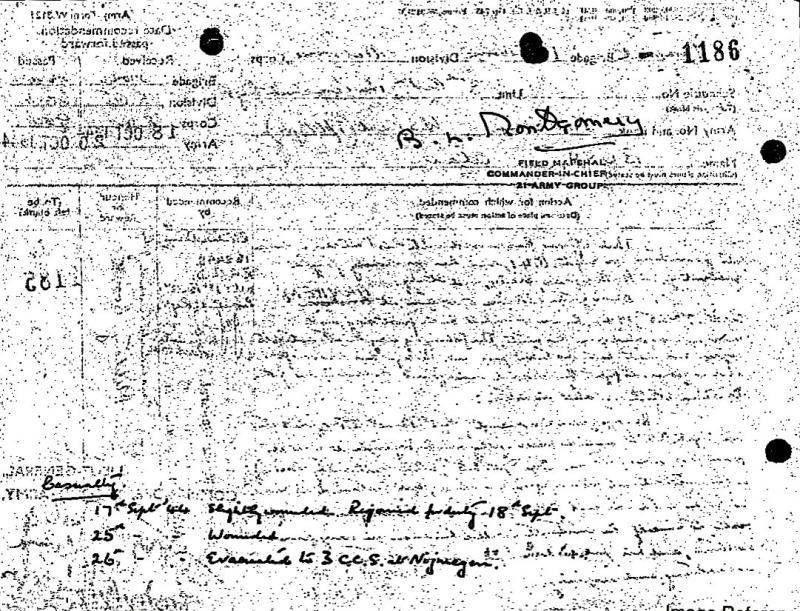 "This officer has served with his Battalion since its formation in September 1941, and he previously fought gallantly in North Africa, Sicily, and Italy. During the airborne operation at ARNHEM, September 17th-25th, 1944, he was wounded on the first day and became separated from his unit.

The following day he attempted to rejoin his unit but was taken prisoner. Through his resourcefulness and eagerness to fight he escaped and rejoined the remainder of the Division which was still in action. He was given command of the 1st Parachute Brigade sector on September 22nd, and so successfully did he reorganise it that its front was never broken.

On September 25th, while gallantly leading a counter-attack he was again wounded, but continued to lead his men until the end of the operation. Throughout at great risk to himself he constantly visited his men in every forward position, and his personal example was at all times enheartening and inspiring."