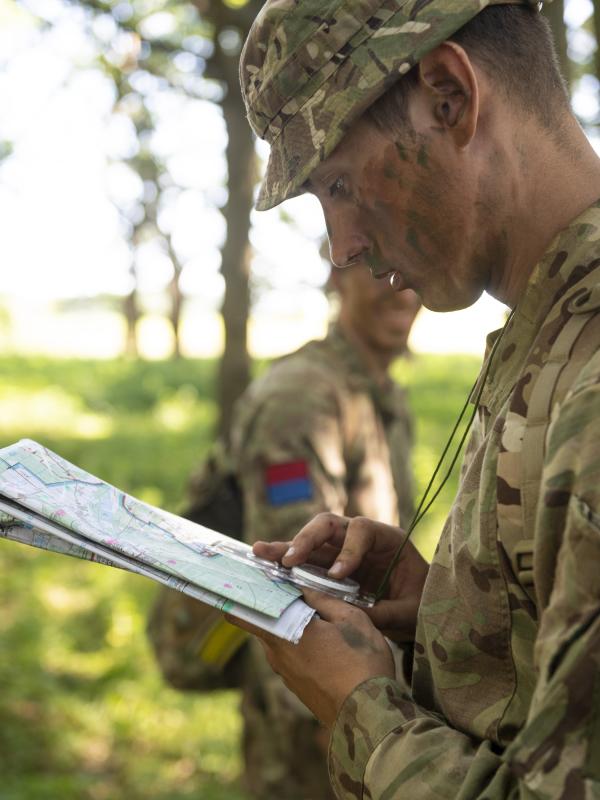 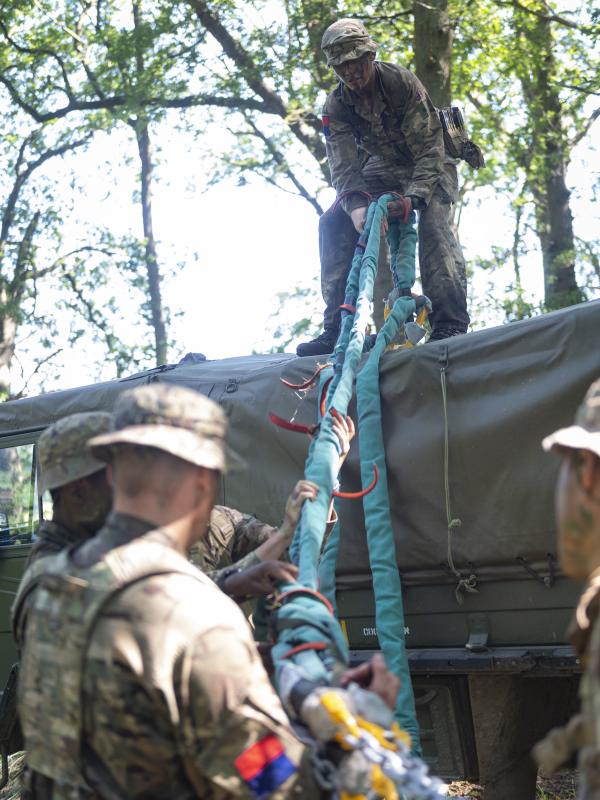 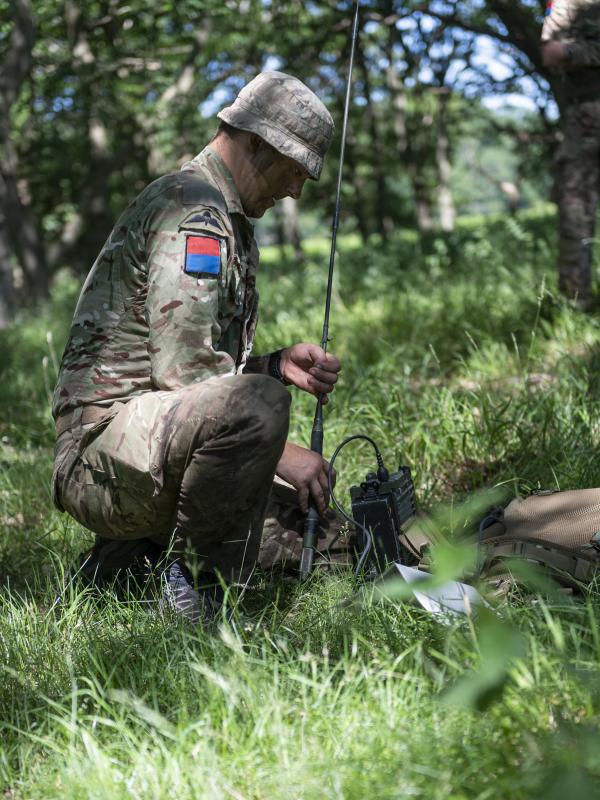 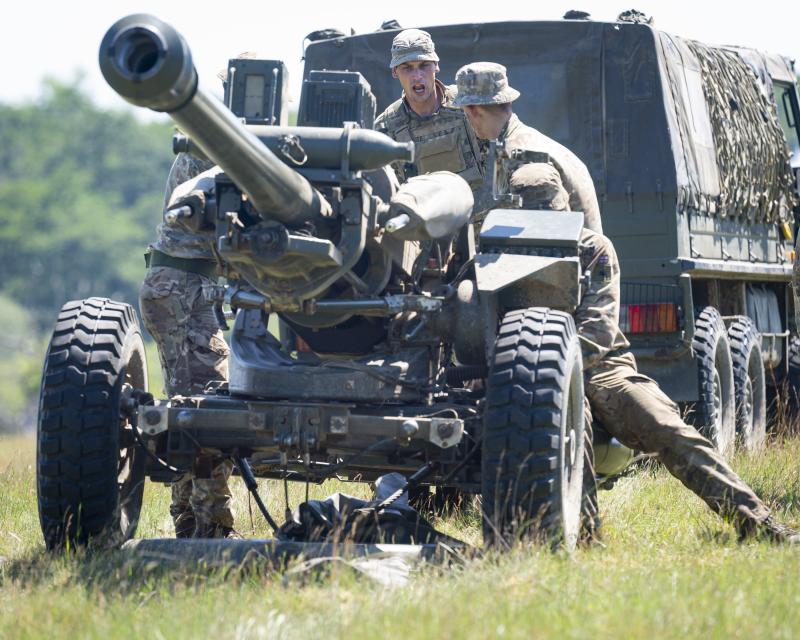 From map reading to gunnery drills, airborne gunners have competed against each other to be the best.

Artillery held a gun detachment competition (Thu 25 Jun), testing the skills as both soldiers and

On a gruelling day-long circuit around the STANTA Ranges in Norfolk, the gun detachments were

tested on their navigation, radio skills, rigging a vehicle to be carried as an underslung load by a

helicopter and the theory and drills of gunnery. The final test saw troops race against the clock to

bring their gun into action, carry out a simulated fire mission and then limber the gun up to its

The contest took place at the end of Exercise Mercers, Thunder & Lightning (22-26 Jun),

in earnest after the easing of Coronavirus restrictions.

team cohesion in the gun detachments, putting a bit of pressure on them. We want our gunners to

“This exercise has been about getting back out into the field. While working from home we were

able to do a lot of remote learning covering the theoretical side of the job; this is about putting our

skills into practice again. We’ve also had a lot of new soldiers join us in the last few months, and

this is helping them to bed in.”

Among G Bty’s new intake is Gunner Harry Dixon, 17 from New Moston in Manchester. “I came to

the unit in March and a few days later we were sent home on lockdown,” he said. “We did a lot of

video lessons and I trained hard to keep my fitness up, but it’s really good to get out on the gun.

Three of us in my detachment are new, but we’re gelling together well. Having a competition has

helped - working under pressure almost makes the job easier, because you don’t have time to

think about what you’re doing, you just get on with it.”