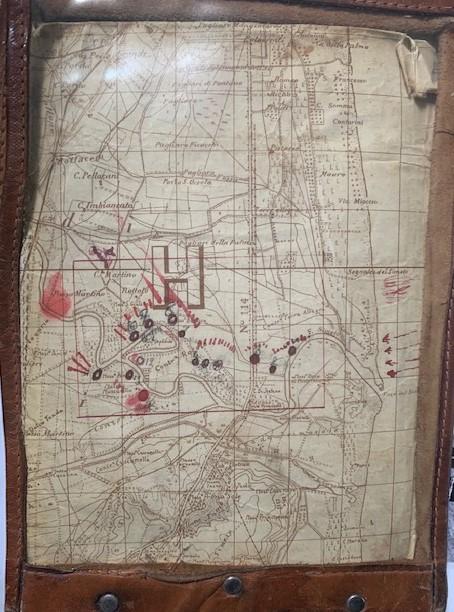 SICILY - Primosole Bridge
Info from Official WAR DIARY 13th July 1943
After taking off from Sousse aerodrome at 17.00hrs and between Malta and Sciily the planes were fired upon by our ships! Jumped at 23.05hrs "We float down into a world of searchlights, tracer bullets and burning corn stalks".
"14th 01.30hrs Arrive North end of bridge".
Between the 14th and 16th the bridge changed hands after very heavy fighting, including shelling and strafing by MEs.
"16th 06.00hrs Bdge taken.
07.00hrs 3rd Bn moves from 2nd Bn posns and is taken by MT to SYRACUSE"