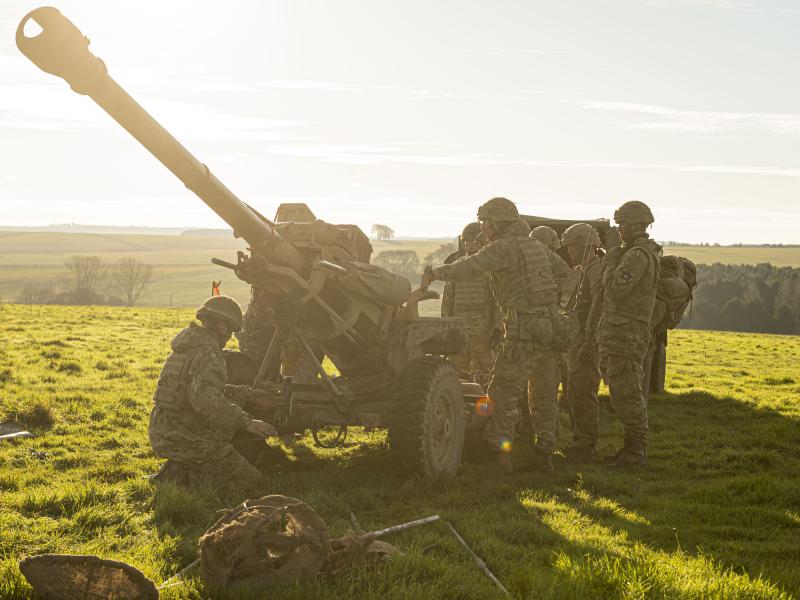 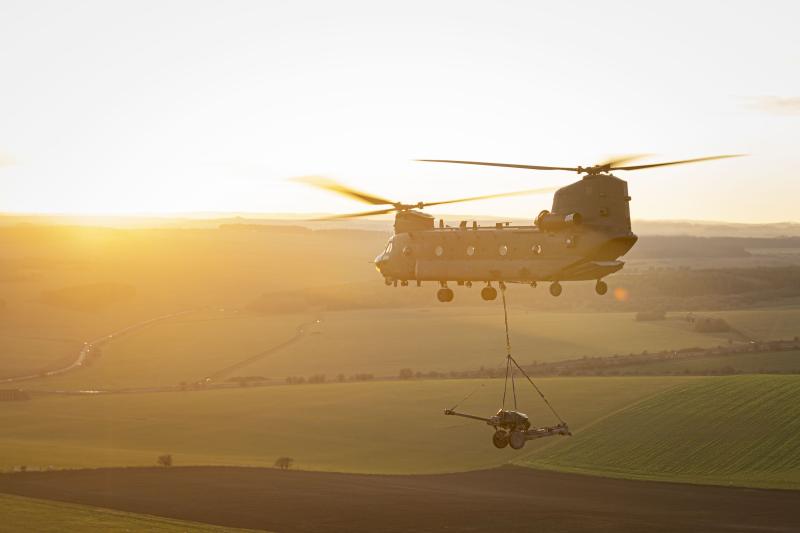 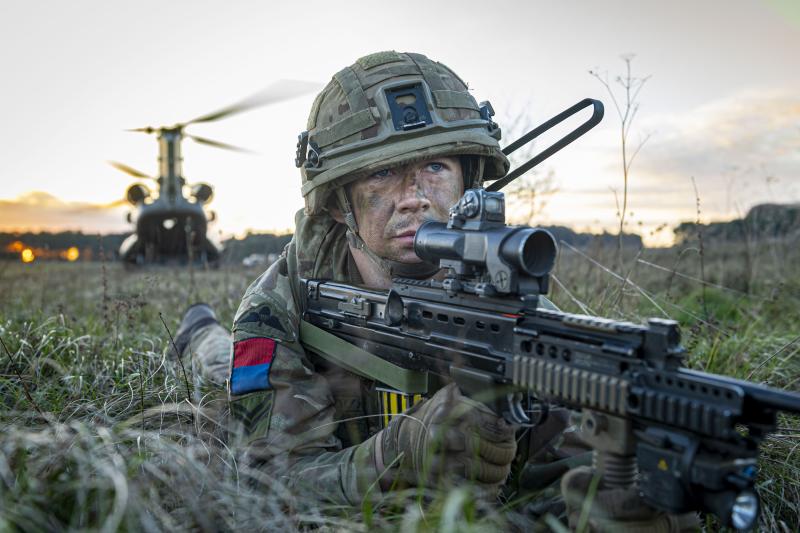 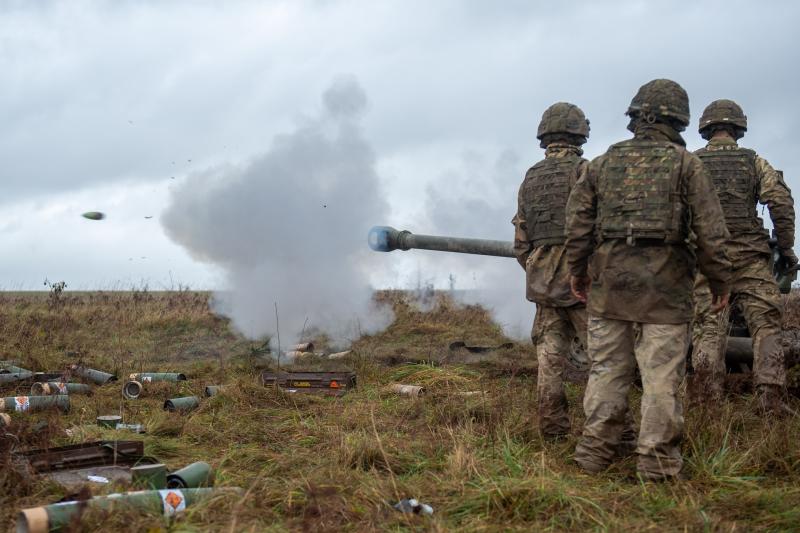 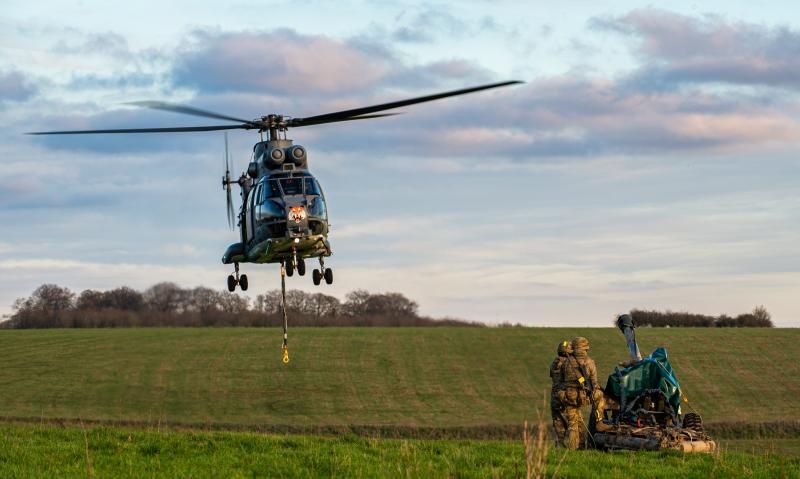 Colchester’s airborne gunners have worked with Royal Air Force helicopters to demonstrate their specialist ability to fire and manoeuvre by air.

Exploiting the pace and reach of helicopters to out manoeuvre the enemy is a key skill for 7 Para RHA as part of 16 Air Assault Brigade, the British Army’s global response force.

7 Para RHA Commanding Officer Lieutenant Colonel Justin Baker said: “For both the gunners on the ground and the aircrew in the helicopters this has been a hugely complex task, requiring a lot of effort and co-ordination. To be able to work at this scale, which we haven’t done for a few years, has meant we’ve really polished our skills and learnt a lot about how we can work together to deliver air manoeuvre operations.”

The raid took place as part of Exercise Cypher Strike, which has seen the full range of 7 Para RHA skills and capabilities tested over three weeks (18 Nov-6 Dec) to show their readiness for short-notice operations around the world.

Fire Support Teams, who co-ordinate artillery and close air support for troops on the ground, have been calling in fire missions for the guns to engage, while the gun teams were constantly on the move to avoid become targets themselves. 7 Para RHA was joined by wider capabilities it would deploy on operations with, such as Desert Hawk 3 Mini Unmanned Air Systems and weapon locating radars, and soldiers from its paired Army Reserve unit The Honourable Artillery Company.

Lt Col Baker said: “It’s been fantastic, well-resourced training that has taken us away from day-to-day business to really concentrate on our core artillery skills and think about how we can fight as a Regiment.”