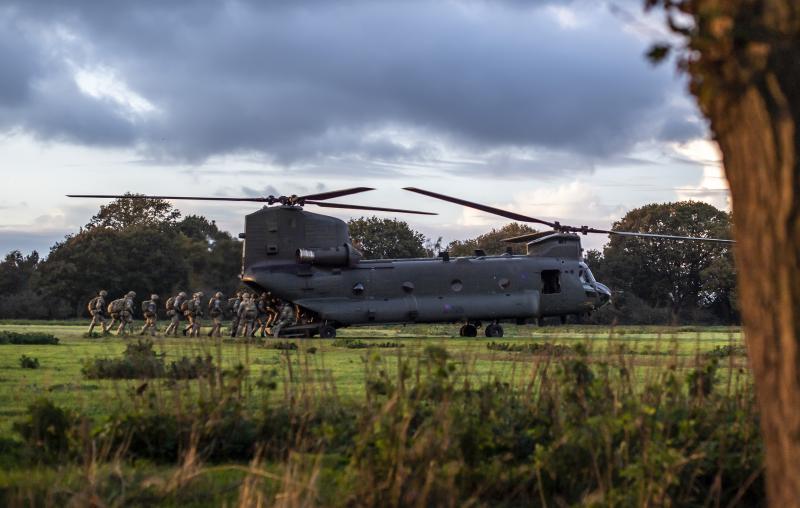 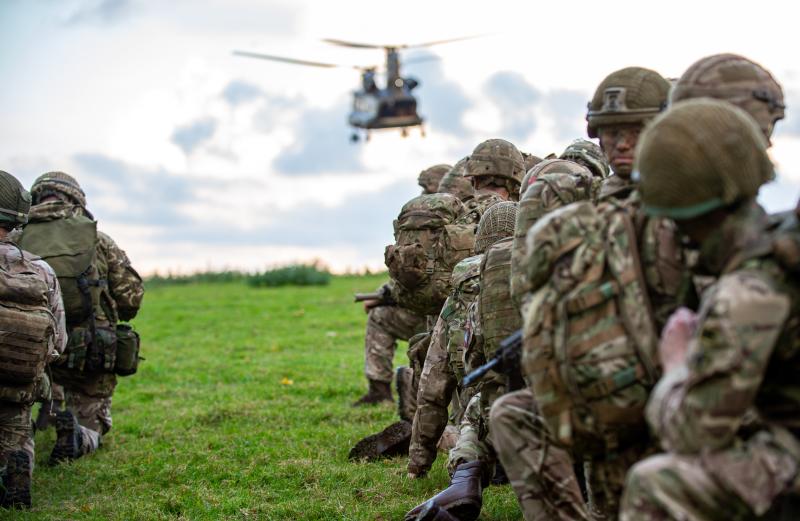 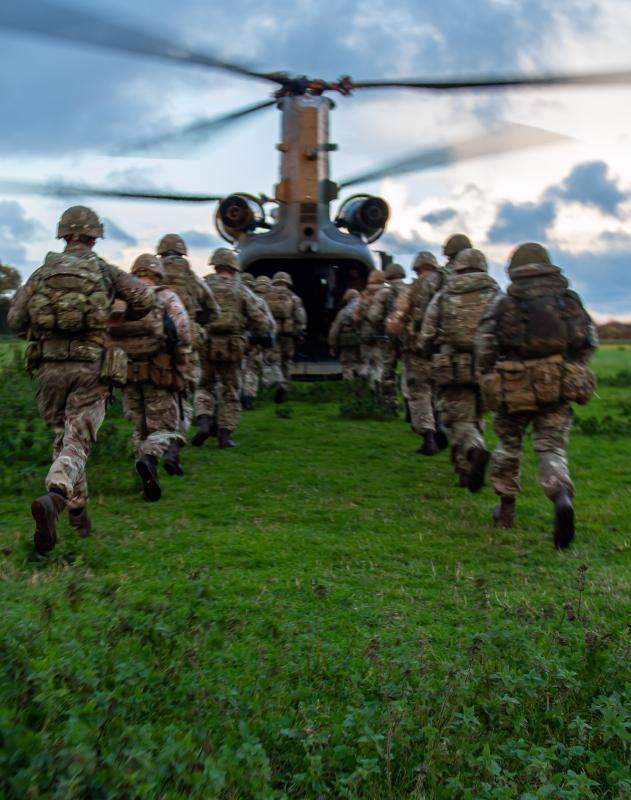 A fleet of helicopters flew into Colchester for soldiers and airmen to practise the basic skills behind planning and executing air assault operations together.

Troops were lifted from a landing zone set up on sports pitches off Berechurch Road, which tested 13 Air Assault Support Regiment Royal Logistic Corps on how they run marshalling areas to load helicopters. The paratroopers of 2nd Battalion The Parachute Regiment were landed in Friday Woods, practising getting on and off helicopters in tactical conditions. For the helicopter crews, the training gave valuable experience in formation flying and moving personnel.

Exercise planner Major Adam Parmenter, of Headquarters 16 Air Assault Brigade, said: “An air assault operation is a hugely complex event, with lots of elements to co-ordinate on the ground and in the air. This exercise has been a great opportunity to bring the RAF’s support helicopters, the paratroopers they transport and the AAC Apaches that escort them together to practise all the individual skills that go into making it work.”