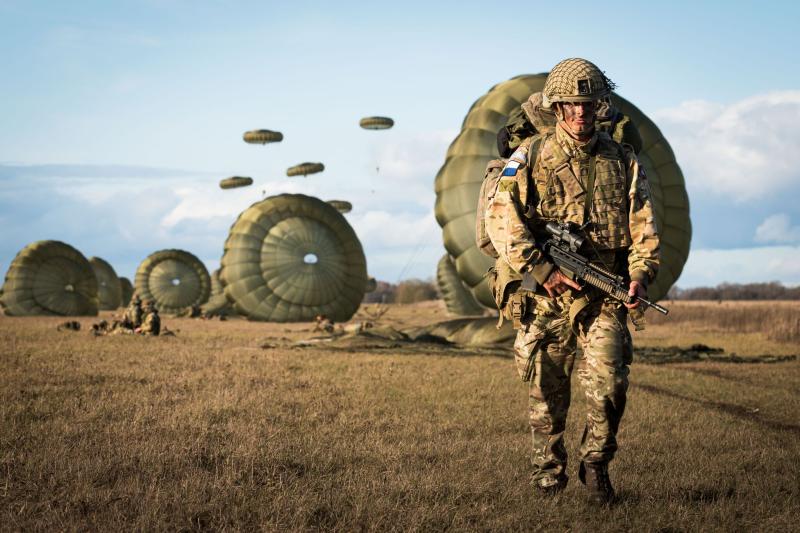 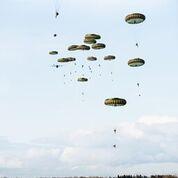 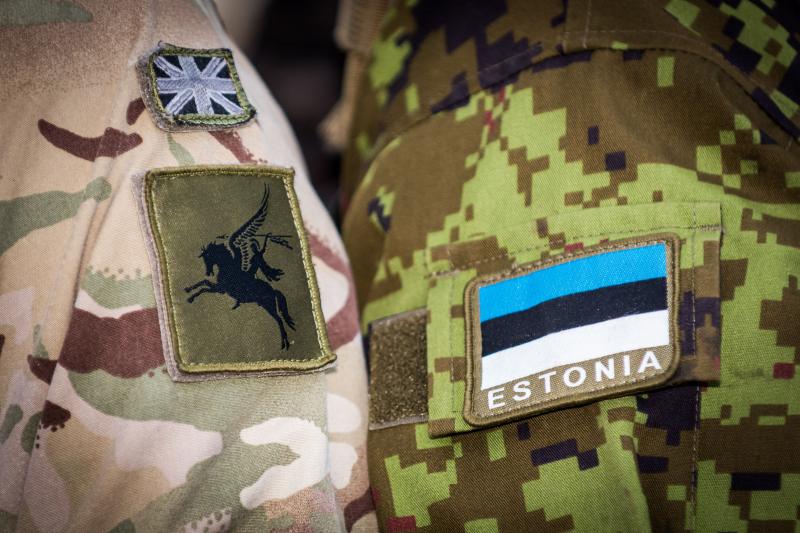 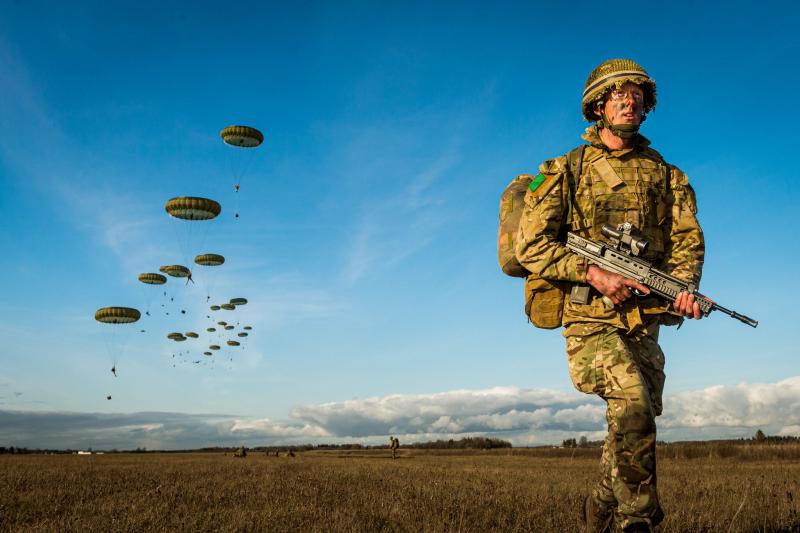 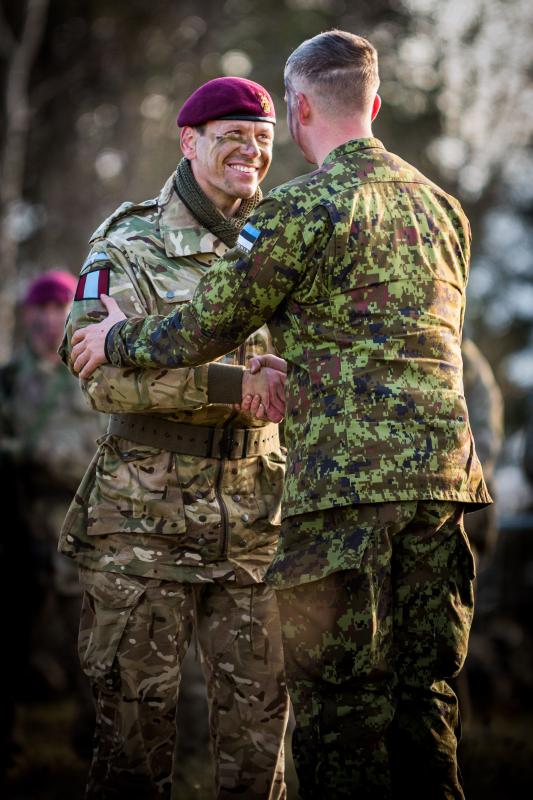 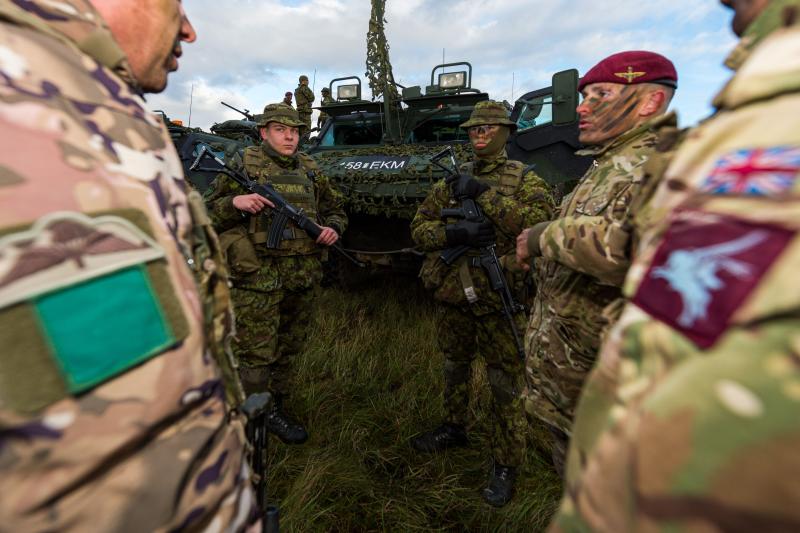 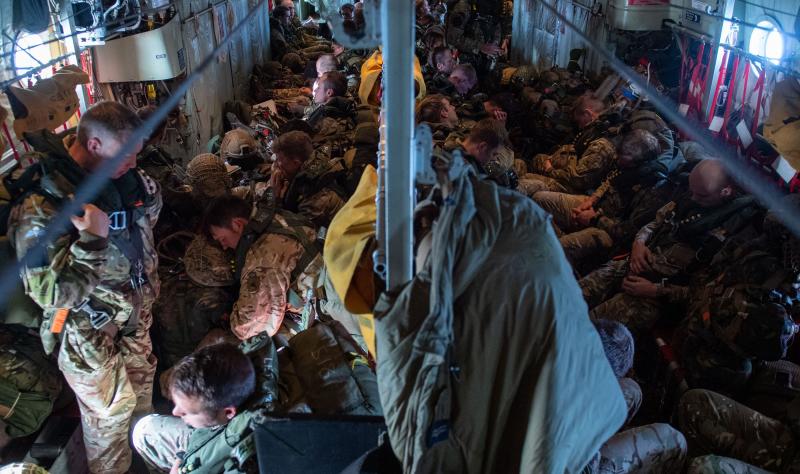 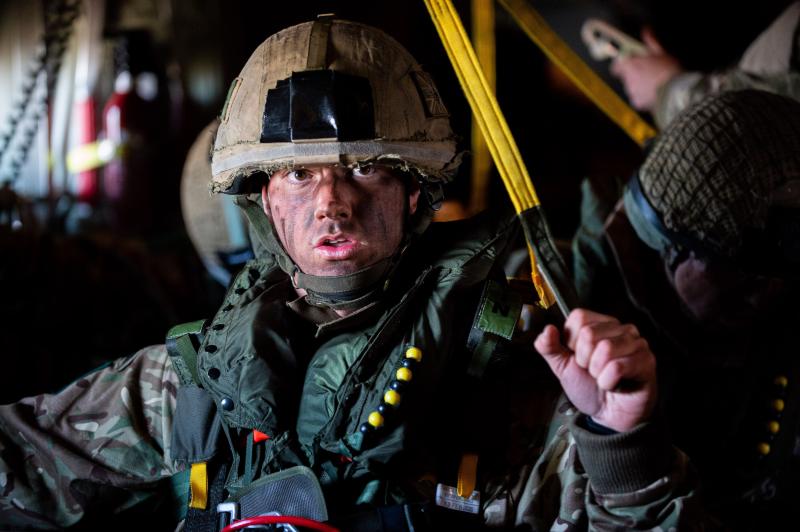 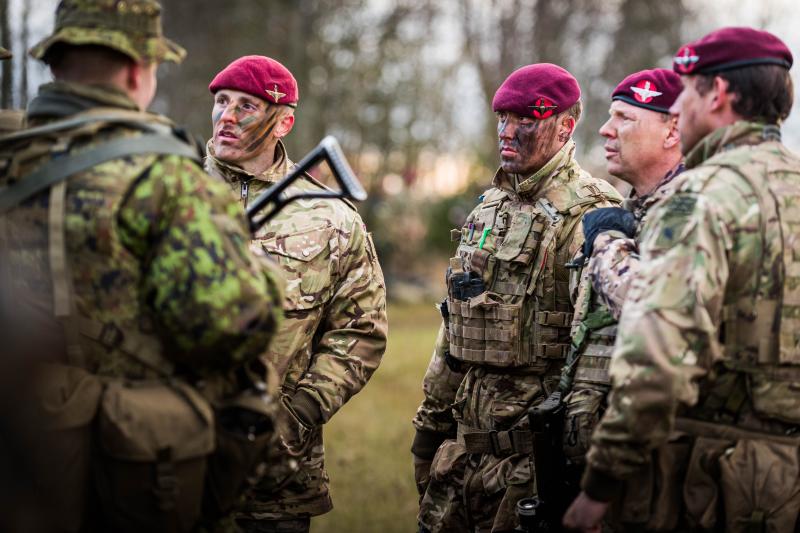 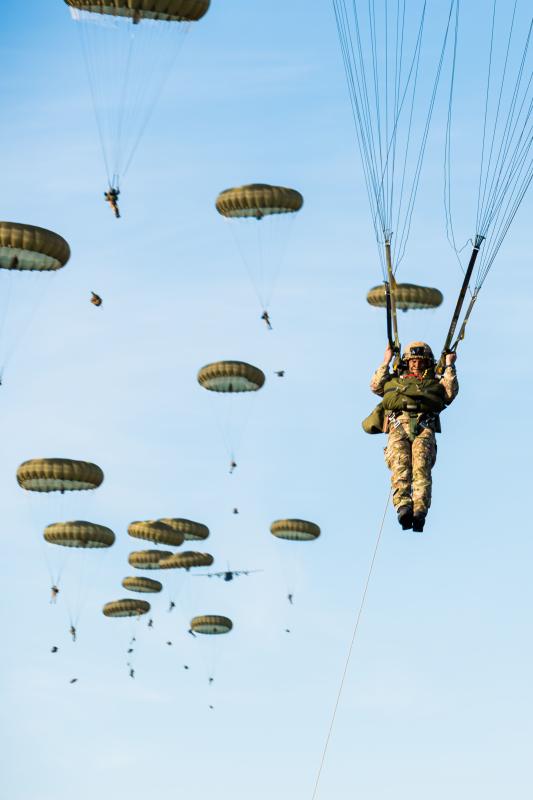 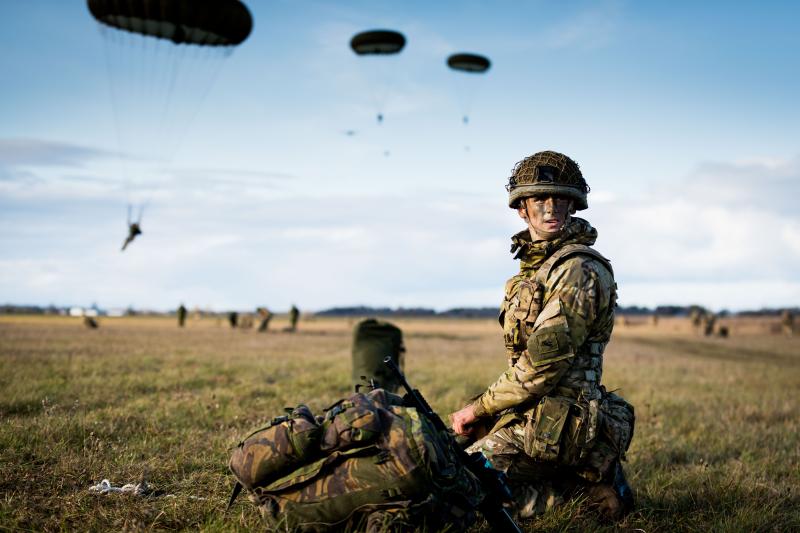 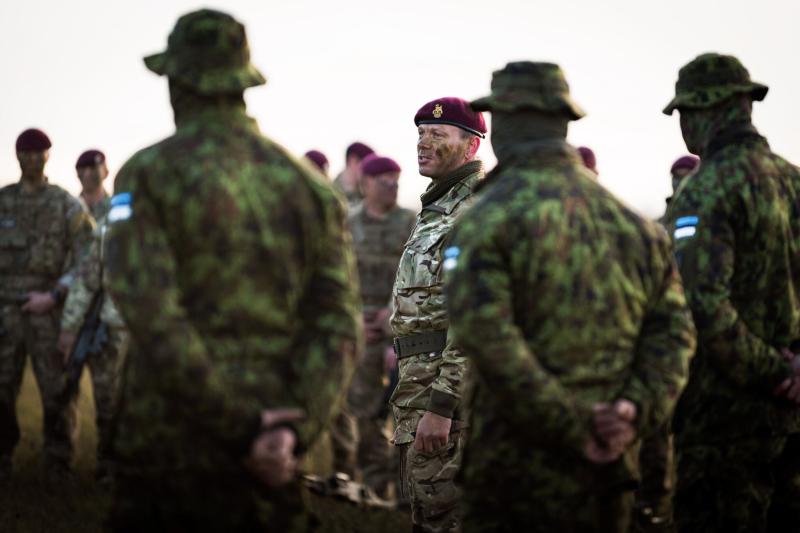 British paratroopers have parachuted into Estonia, demonstrating their ability to rapidly deploy from the UK in support of a key NATO ally.

Some 120 paratroopers from 16 Air Assault Brigade, joined by six Estonian paratroopers, flew from RAF Brize Norton in two RAF C130 Hercules transport aircraft to jump at Nurmsi. The paratroopers linked up with reservists from the Estonian Defence League, who had secured the drop zone, before showing the Estonians the weapons and equipment they parachuted in with.

The jump took place as part of TRACTABLE, the process of rotating the tanks, armoured vehicles and troops in the UK-led battlegroup deployed to Estonia as part of NATO’s enhanced Forward Presence. The Queen’s Royal Hussars Battlegroup has moved across Europe by road, rail, sea and air to take over from the King’s Royal Hussars.

“We’ve also had a great opportunity to work alongside our Estonian allies, allowing us to better understand their capabilities and how we can work together to strengthen each other’s security. The longstanding relationship between our Armed Forces began with Estonian troops serving with the Brigade in Afghanistan in 2006; we’ve trained together as part of the Joint Expeditionary Force; and our soldiers are currently deployed side-by-side in Afghanistan on NATO’s Resolute Support mission.”

The British troops who jumped in were made of B Company, 3rd Battalion The Parachute Regiment, supported by artillery, engineers, signallers, logistics, policing and medical troops and a command element from Headquarters 16 Air Assault Brigade. 3 PARA is currently the lead infantry battlegroup in the Air Assault Task Force, which is held ready to deploy at short notice on operations anywhere in the world.

3 PARA’s Private Callum Prinsloo said: “We were alerted in the morning, left Colchester that evening to go to Brize Norton, prepared our kit and parachutes overnight, got on a plane the next morning and jumped into Estonia five hours later. It’s all been very fast-paced, exciting and at times exhausting, but that’s what being a paratrooper is about. And if this was an operation, the real work would start after we’ve landed.”