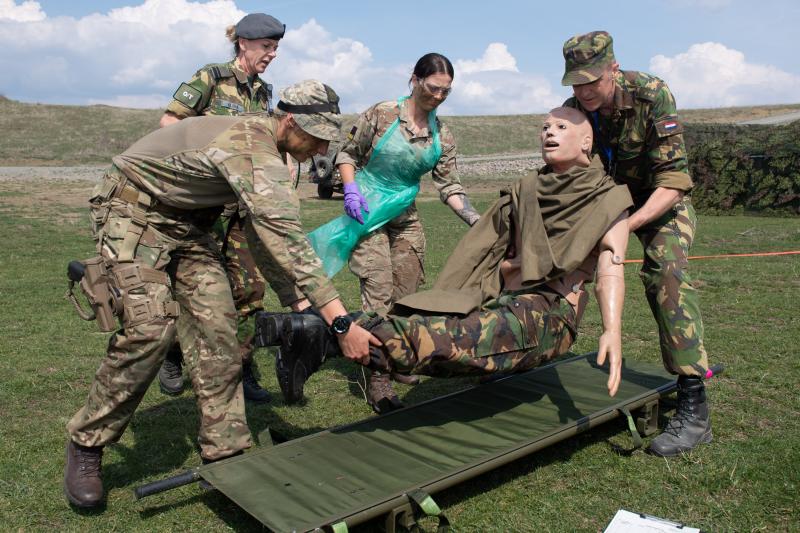 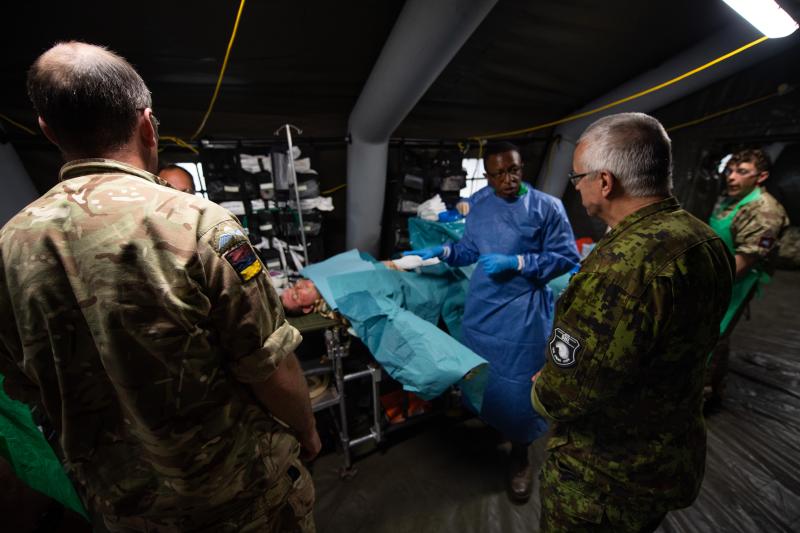 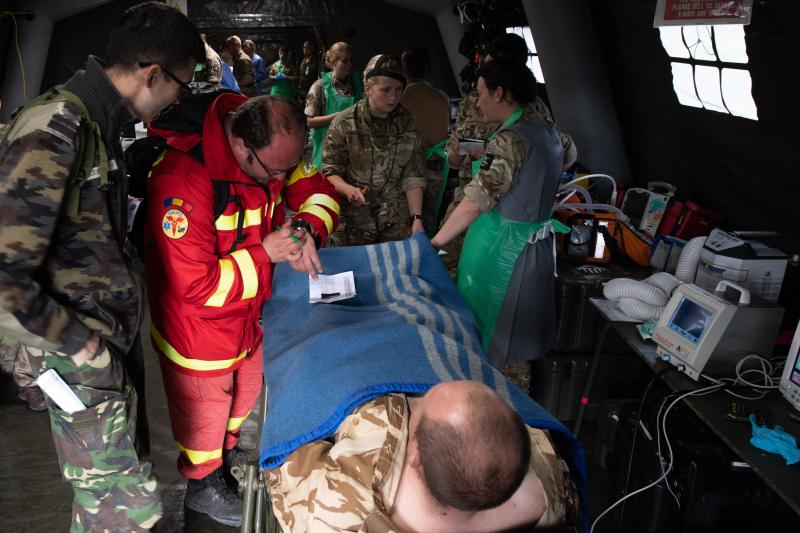 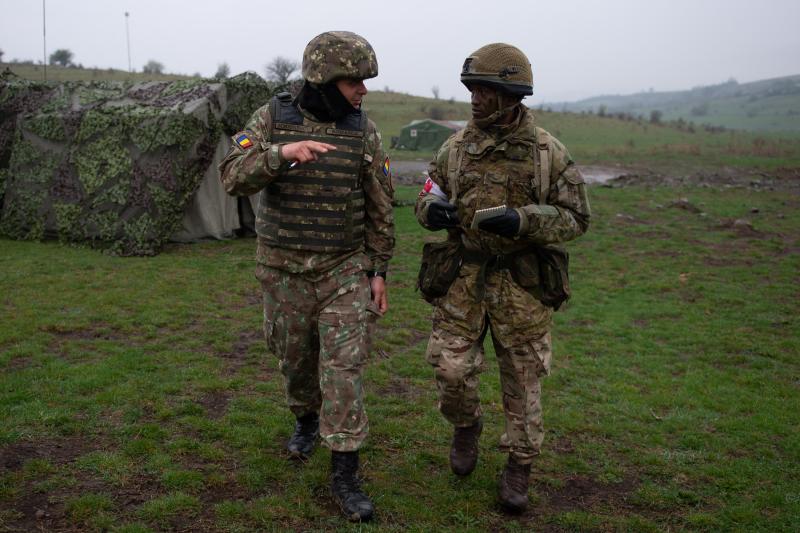 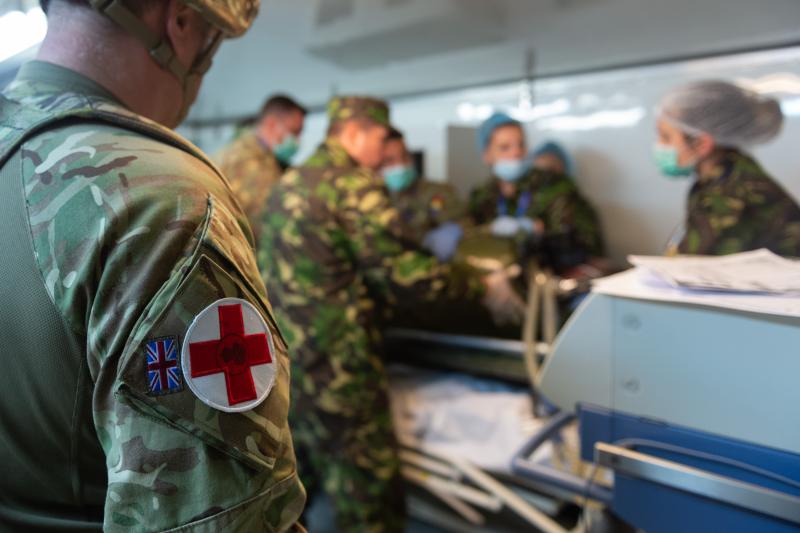 Airborne medics have been training in Romania to test their ability to ‘plug and play’ into a NATO medical chain on operations.

23 Medical Squadron, 16 Medical Regiment has been on Exercise Vigorous Warrior, which with some 2,500 medics from 39 NATO partners and allies and civilian healthcare agencies is the alliance’s largest ever medical exercise. It aims to improve the ability of NATO forces to work together in response to international crises.

With 23 Med Sqn moving simulated casualties around the Cincu training area, the exercise tested different nations’ medics ability to provide treatment, from care at the point of wounding all the way to strategic evacuation by air or sea to military hospitals.

“It can be challenging, particularly getting around the language barrier and ensuring everyone understands decision-making and intent, but we make it work and that’s very rewarding. We’re building understanding and learning from each other all the time, and it’s better that we get it all ironed out now in training so that we’re prepared to deploy together on a NATO operation."

Paramedic Corporal Kevin Clark said: “As an example, we moved a Romanian soldier with a simulated gunshot wound in a British ambulance from a Dutch Role 1 regimental aid post to a Belgian Role 2 surgical facility. I got a brief from the Belgian medics about the casualty when we picked him up, continued treatment in the ambulance and then handed him over to the Dutch facility, where he had surgery. As medics, we’ve all come together as a team and built an understanding of each other’s equipment and working practices. We’ve identified where there are problems and built bridges to get around them - training together builds confidence for future operations together.”