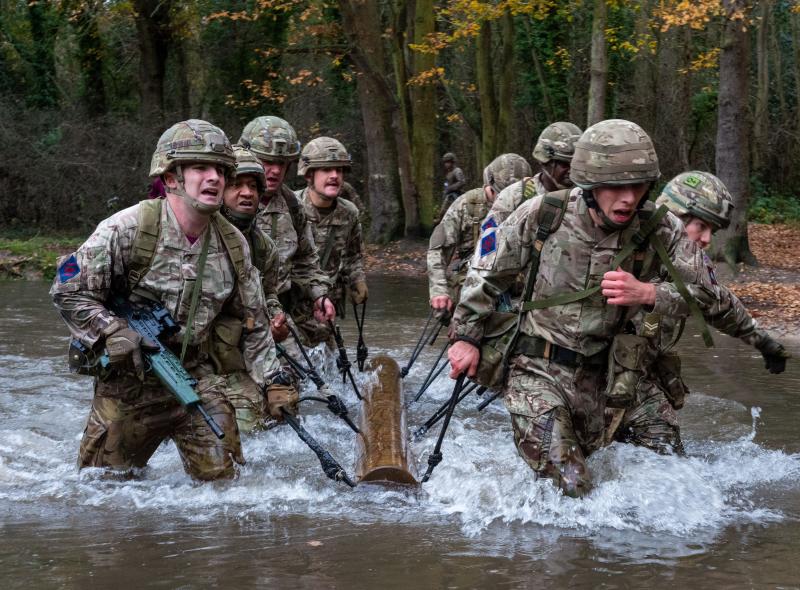 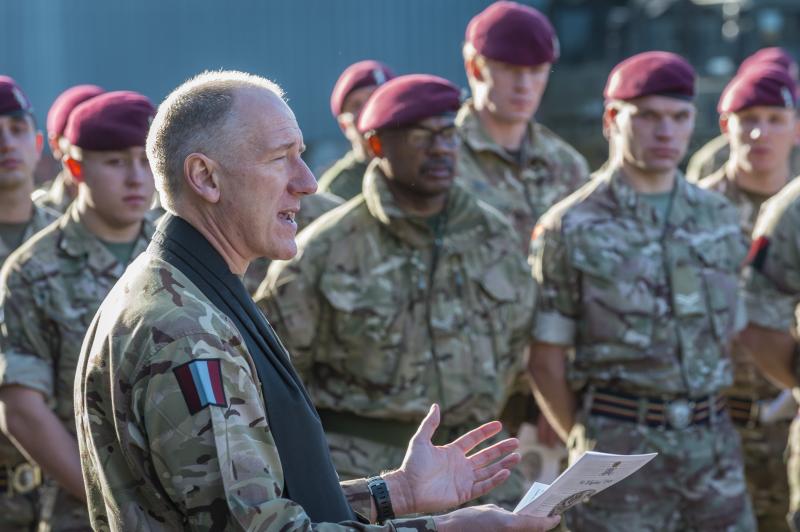 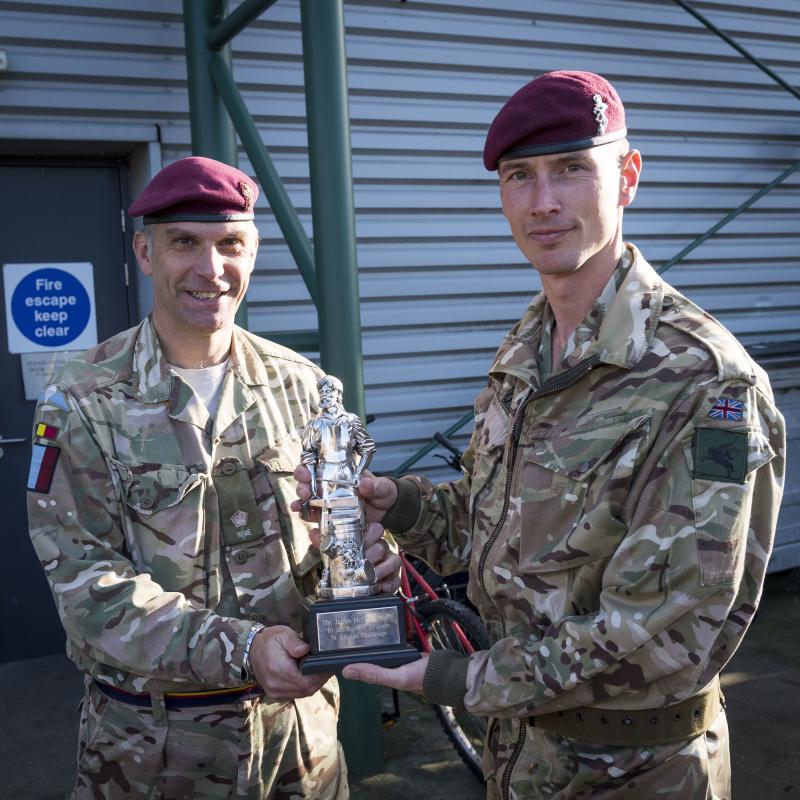 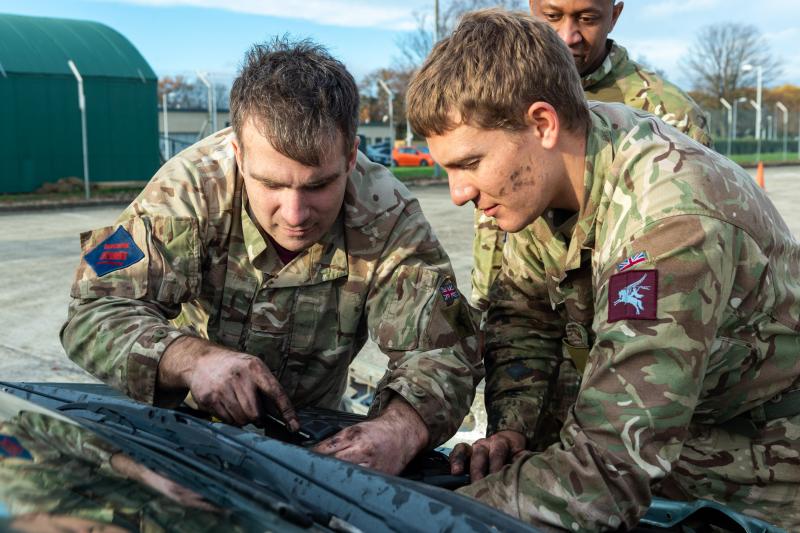 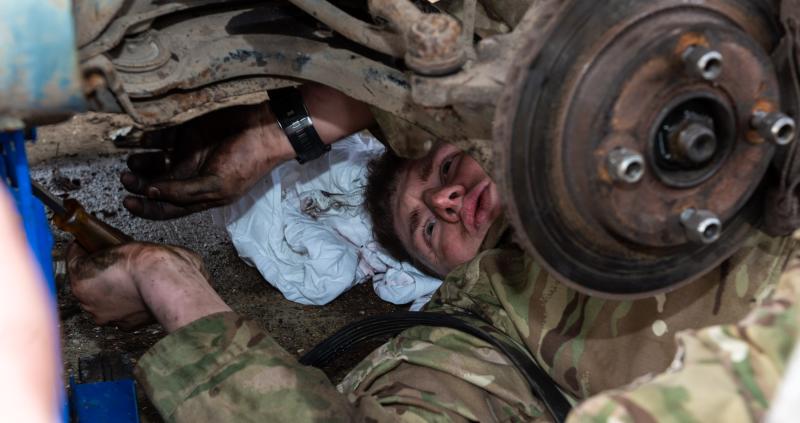 Royal Electrical and Mechanical Engineers (REME) troops have come together in Colchester to both test their skills against each other and build their team spirit.

16 Air Assault Brigade held a contest for its REME soldiers - who are responsible for maintaining and repairing vehicles, equipment and weapons - to celebrate the Corps’ patron saint St Eligius. Exercise Pegasus Bluebell, named for the callsign used by REME units during the Second World War, challenged the craftsmen across a demanding day of competition.

The contest started yesterday (Thu 29 Nov) with a log race through a waterlogged Friday Woods, before the troops returned to Merville Barracks for a challenge to test their technical and leadership abilities. Using a standard Army toolkit and their physical strength and lateral thinking, the teams had to remove and then replace the engine in a car. A blindfolded driver then had to navigate a route around the barracks being directed by colleagues.

Team captain WO2 Aaron Disney said: “Everyone worked really hard and it’s a proud moment for us to win. We’ve just come back from an exercise in France and went straight on to this event; we didn’t know what to expect, were given limited tools and just had to get on with it – which is what being an airborne craftsman is all about.

“Events like this are great to remind us that as REME soldiers we’re all part of one team. We can all now put faces to the voices that we’ve spoken to in different units over the phone in barracks or the radio on exercises, and we’ll work better together because of that.”

Brigade Electrical and Mechanical Engineer Major Darren Clarke said: “16 Air Assault Brigade is the tip of the spear for the British Army, and it is the REME’s job to keep that spear sharp. This competition has brought all together as airborne REME soldiers for a tough challenge that has reinforced the message that on operations we might not have all the resources we want, but we still have to get the job done.”