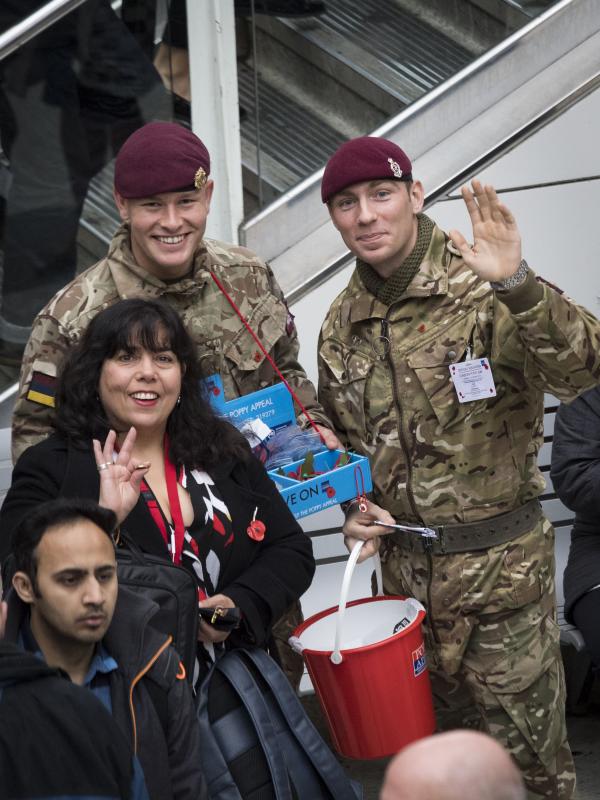 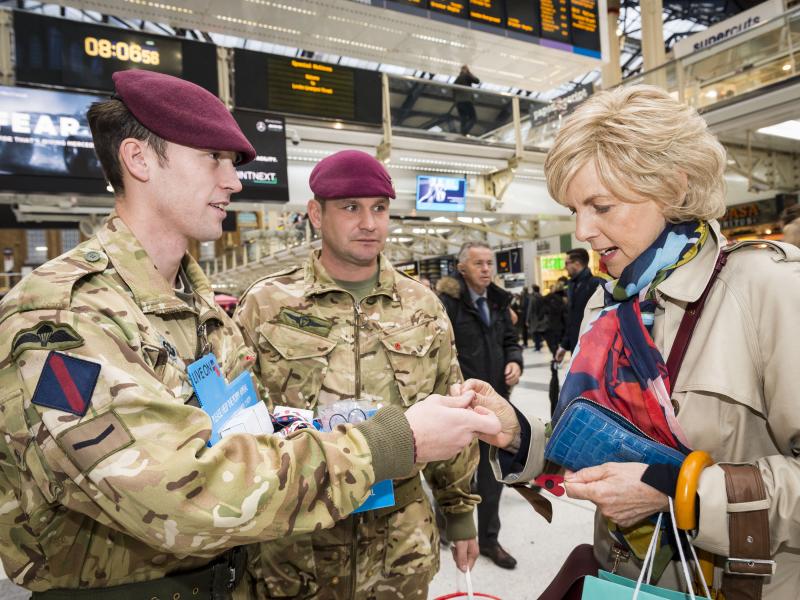 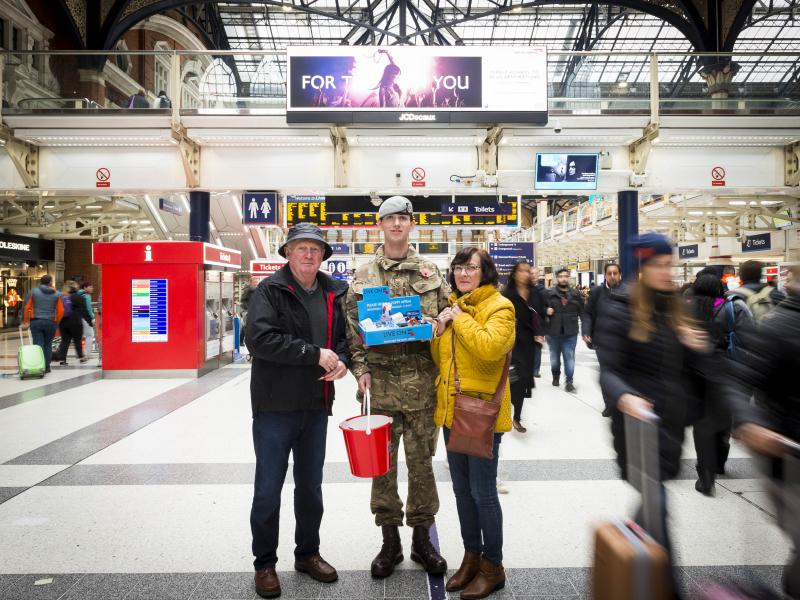 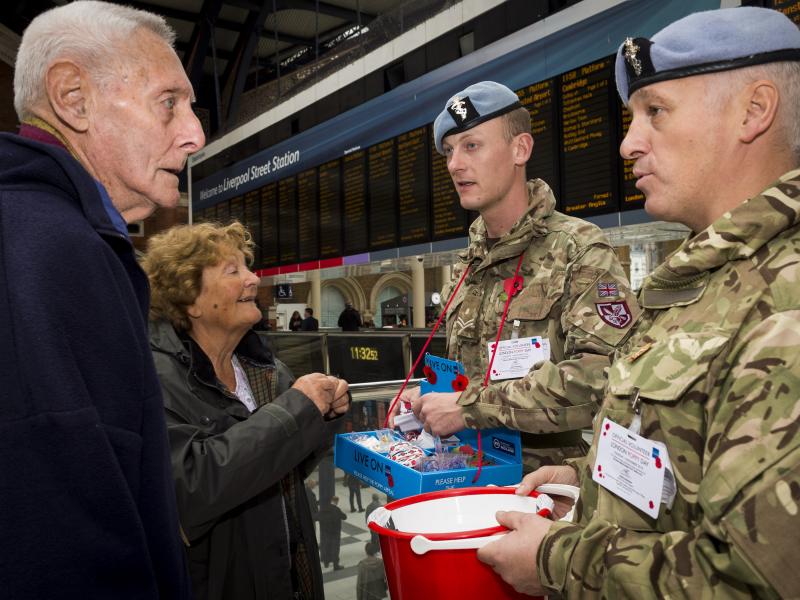 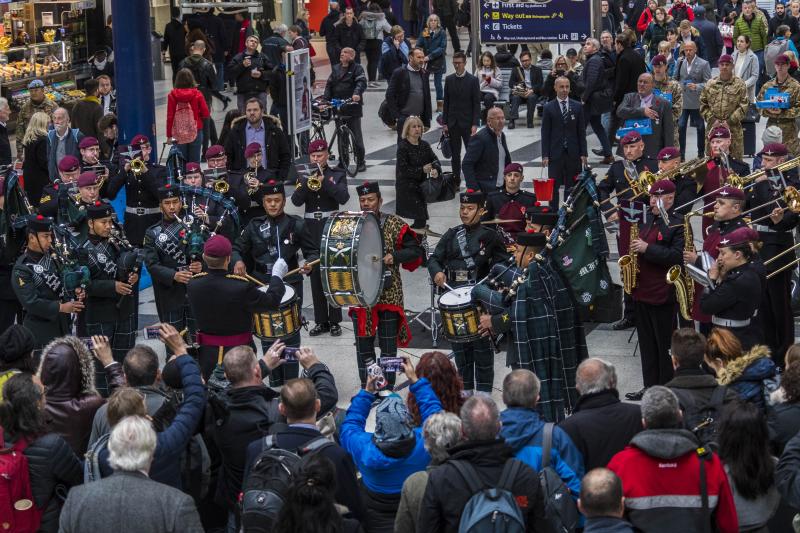 Some 120 troops from 16 Air Assault Brigade, based at Colchester and Woodbridge; Wimbish-based 33 Engineer Regiment (Explosive Ordinance Disposal and Search); and Wattisham Flying Station’s Attack Helicopter Force travelled to London to raise both money and awareness for the Poppy Appeal.

The troops collected donations from commuters, office workers and tourists to fund the Legion's work supporting military personnel, veterans and their families. The Band of The Parachute Regiment and the Pipes and Drums of 1st Battalion The Royal Gurkha Rifles set the fundraising efforts to music.

Lance Corporal Jacob Yorke, 24 from Lichfield, of Colchester-based 16 Medical Regiment, said: "The Poppy Appeal is a cause close to every soldier's heart. The Royal British Legion is always there to support soldiers and their families, so I wanted to do my bit to help and show my respect to the Fallen. It’s great to be out in uniform in public, and people have been really friendly and generous with their donations.”

Airtrooper Heather Boon, 26 from Ipswich, of Wattisham-based 4 Regiment Army Air Corps, said: “There’s been a really positive atmosphere at Liverpool Street and I’ve been in so many photos! Several people have given me £20 for poppies and it’s great to see how much support there is for the Royal British Legion, because I feel that it's showing support to us as soldiers as well."

Staff Sergeant Neal Griffiths, 35 from Basildon, of Wimbish-based 33 Engr Regt (EOD &S), said: “It was an early start and the rush hour is manic, but people are being really generous. The buckets are filling up, but they’re not heavy because we’re getting notes not coins! It’s great to get out and mix with the public, while doing our bit to support a charity that does so much for the military.”

With 750 personnel and civilian volunteers from all three services spread across the capital, London Poppy Day is the country's largest one-day street collection event. Essex- and Suffolk-based troops have collected at Liverpool Street for more than a decade, raising £72,000 in 2017.