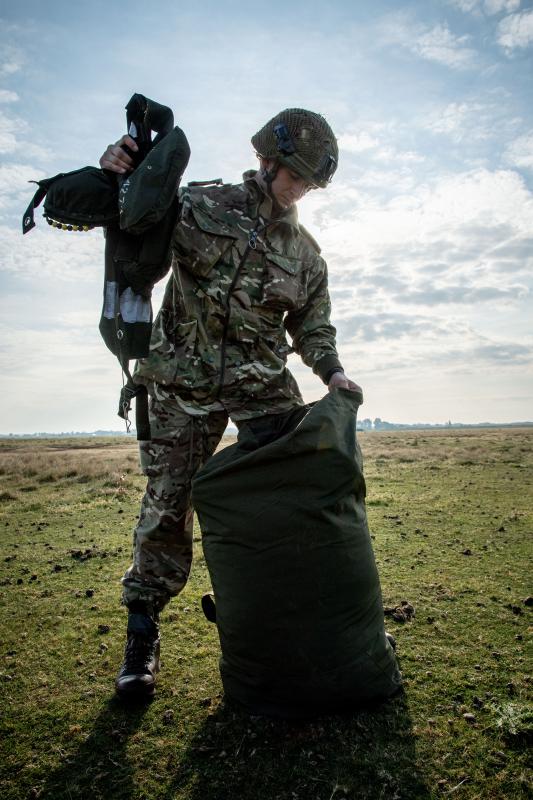 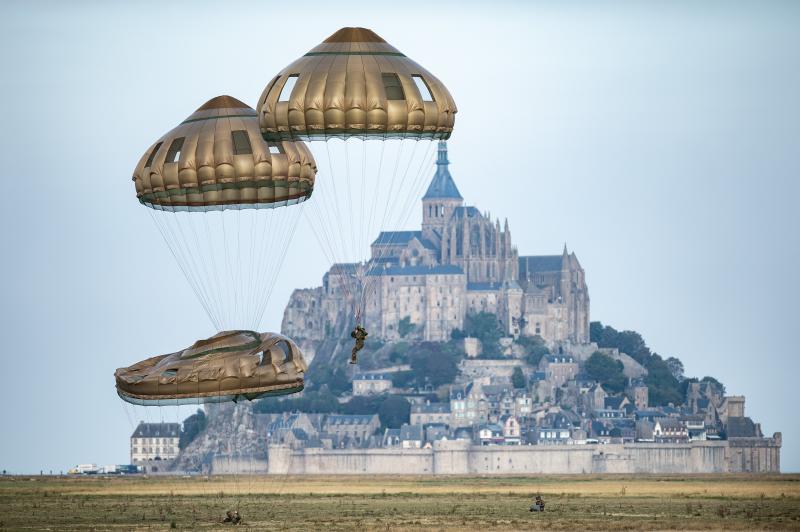 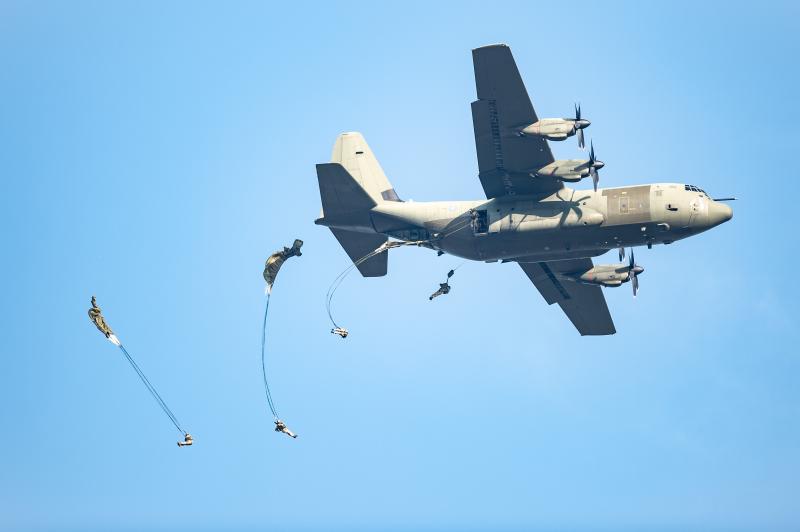 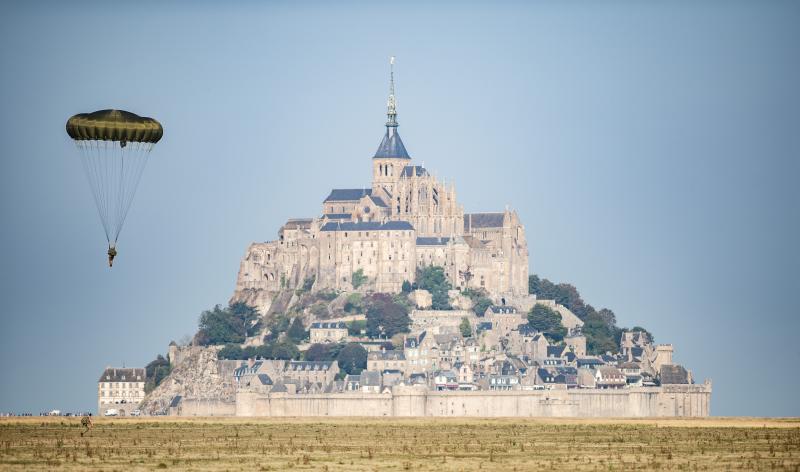 More than 350 troops from 16 Air Assault Brigade and their French partners 11e Brigade Parachutiste jumped onto fields near Mont St Michel in Normandy today (Fri 28 Sep). St Micheal – St Michel in French – is considered the patron saint of paratroopers and the island monastery was the perfect backdrop for an airborne celebration ahead of his feast day tomorrow (Sat 29 Sep).

Lance Corporal Sean Bowden, of 23 Parachute Engineer Regiment, said: “It was a great jump, the air was very still and I had an amazing view of Mont St Michel on the way down - the ground was quite hard and dry to land on though! Today is about celebrating our partnership with the French – we’re all paratroopers with similar roles, training and experiences and we work together very well.”

16 Air Asslt Bde and 11e BP – who both serve as their respective armies’ airborne rapid reaction forces – are at the forefront of increased cooperation between the British and French militaries. Since 2013 they have been trained and ready to deploy on joint missions as the Airborne Combined Joint Expeditionary Force (ACEF). The two brigades are preparing to train together on Exercise Falcon Amarente, taking place around Toulouse in southern France in November 2018.

*”And by St Michael, long live the Paras!”