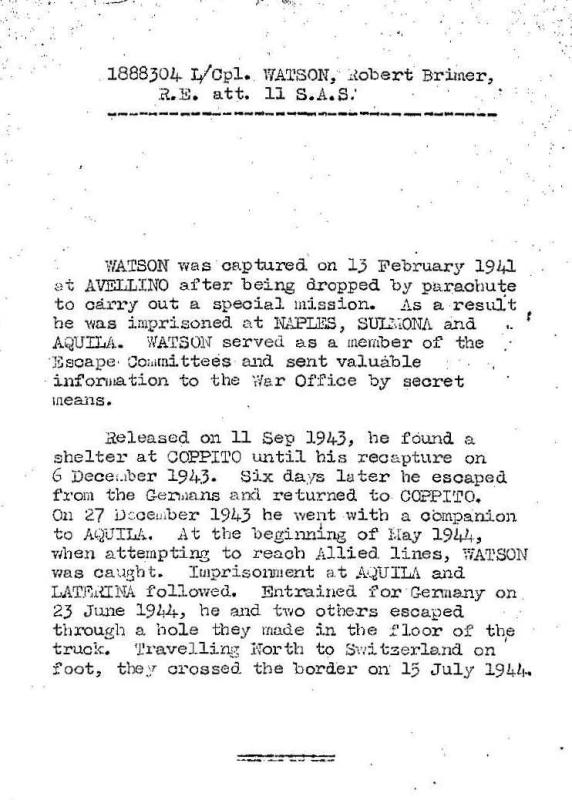 WATSON was captured on 13 February 1941 at AVELLINO after being dropped by parachute to carry out a special mission. As a result he was imprisoned at NAPLES, SULMONA and AQUILA. WATSON served as a member of the Escape Committees and sent valuable information to the War Office by secret means.

Released on 11 Sep 1943, he found a shelter at COPPITO until his recapture on 6 December 1943. Six days later he escaped from the Germans and returned to COPPITO. On 27 December 1943 he went with a companion to AQUILA. At the beginning of May 1944, when attempting to reach Allied lines, WATSON was caught. Imprisonment at AQUILA and LATERINA followed. Entrained for Germany on 23 June 1944, he and two others escaped through a hole they made in the floor of the truck. Travelling North to Switzerland on foot, they crossed the border on 15 July 1944.