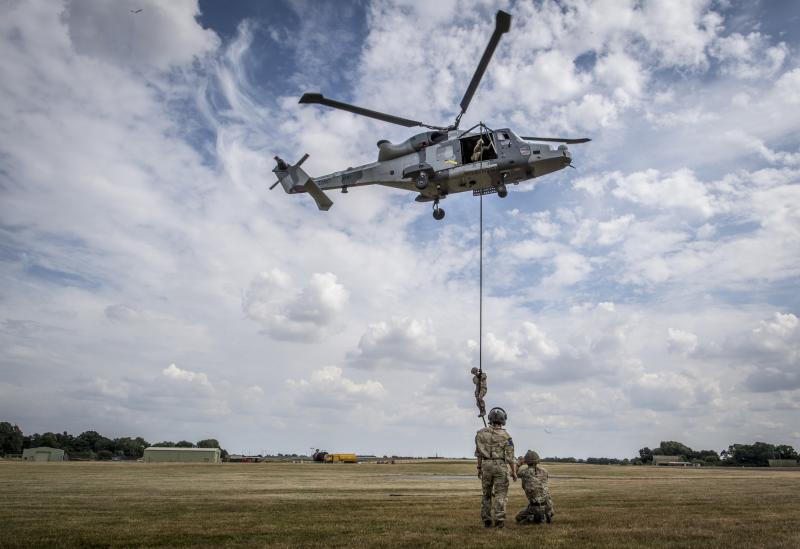 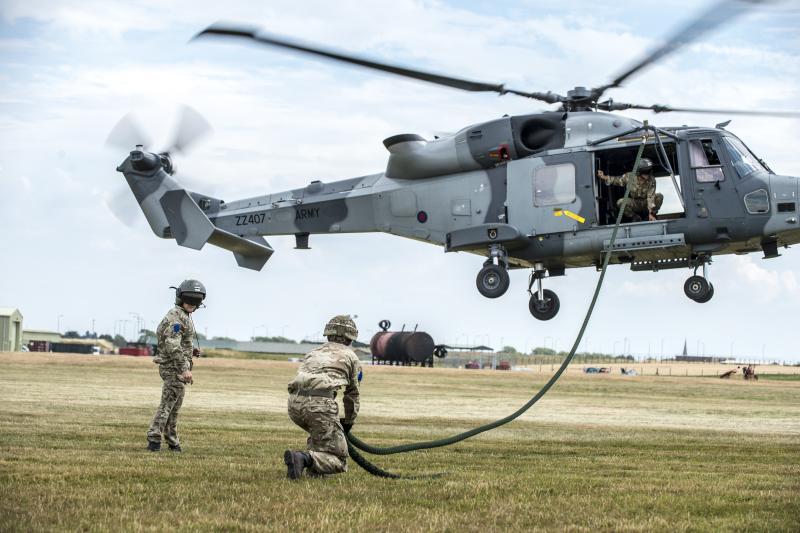 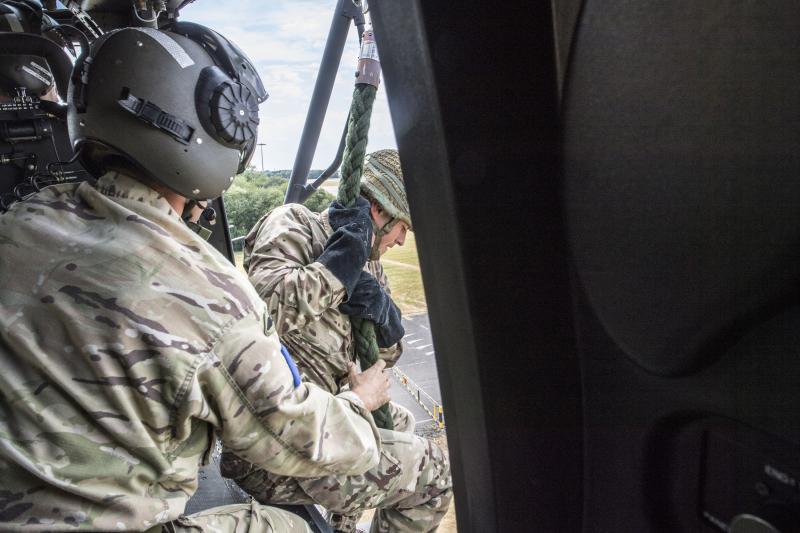 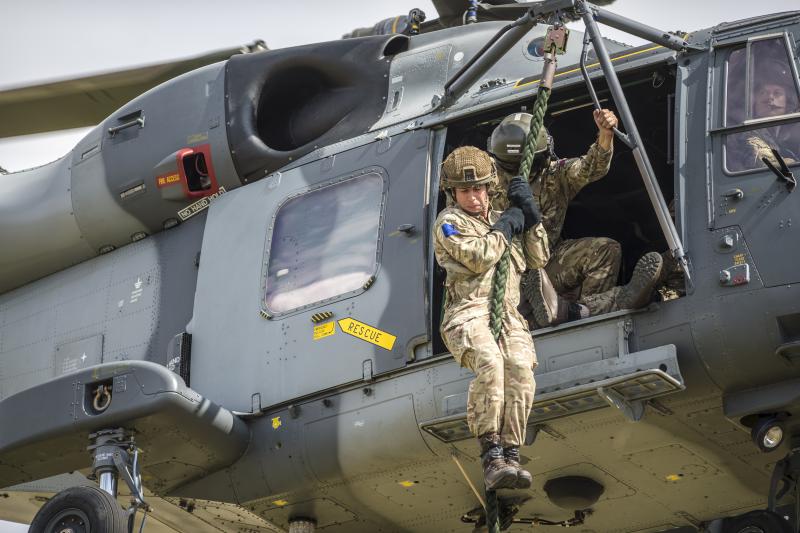 Elite infantry soldiers from 16 Air Assault Brigade have been adding to their repertoire of airborne skills alongside Army aviators at RAF Brize Norton.

The troops from the Patrols and Sniper Platoons of the 2nd and 3rd Battalions, The Parachute Regiment (2 & 3 PARA) – who specialise in forward reconnaissance and provide the eyes and ears of the battlegroup – have been learning to fast-rope from the Wildcat, the latest hi-tech addition to the Army’s helicopter fleet.

Working closely with pilots and crew from the Army Air Corps, the Paras conducted numerous descents from the hovering aircraft, gaining confidence and mastering a skill which gives these specially-trained units a rapid and highly versatile means of insertion into the battlefield.

Captain Jack Maughan, Officer Commanding 3 PARA’s Patrols Platoon, said: “Because of rural or urban terrain being complex and dense in some areas, you couldn’t land a helicopter and you couldn’t get in by any of the normal means or on foot. So to insert a small reconnaissance group in by helicopter through fast-rope or abseil allows commanders back with the rest of the battlegroup to get more situational understanding of the ground.”

He added this was a skill-set his men were particularly well suited to, thanks to their exhaustive training and mental toughness. “Jumping from an aircraft is high-risk, but it offers a lot of utility and it takes a lot of courage to do,”

Capt Maughan said. “It’s the nature of a paratrooper that he’s prepared to jump out of a plane, or to fast-rope or abseil from a helicopter. It’s an innate confidence that comes from the high quality of men we select.”

Lance Corporal James Lindsay of 2 PARA’s Patrols Platoon said that while this kind of training can be challenging, he and his colleagues relish the opportunity to test themselves both physically and mentally.

“It’s progressive, like anything in the Army,” he said. “You start off quite slow and steady, and then it’s a big push out of the door and then you’re straight into it. It’s good training, plenty of adrenaline. You always get a few shaky ones but everybody performed, everybody got out of the door and did their job, so that’s the important thing.

“Even though there’s a danger element to it, without knowing it you’ve got the training within you, so you perform and you do exactly what you’re supposed to do, and that’s the end-product of this kind of training.”