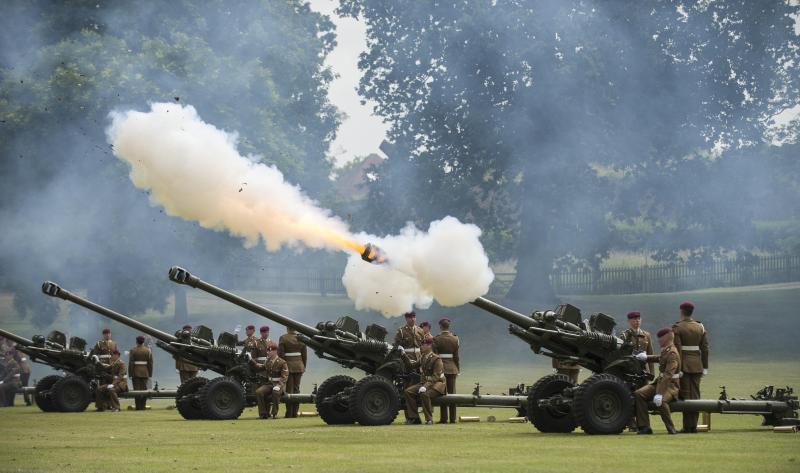 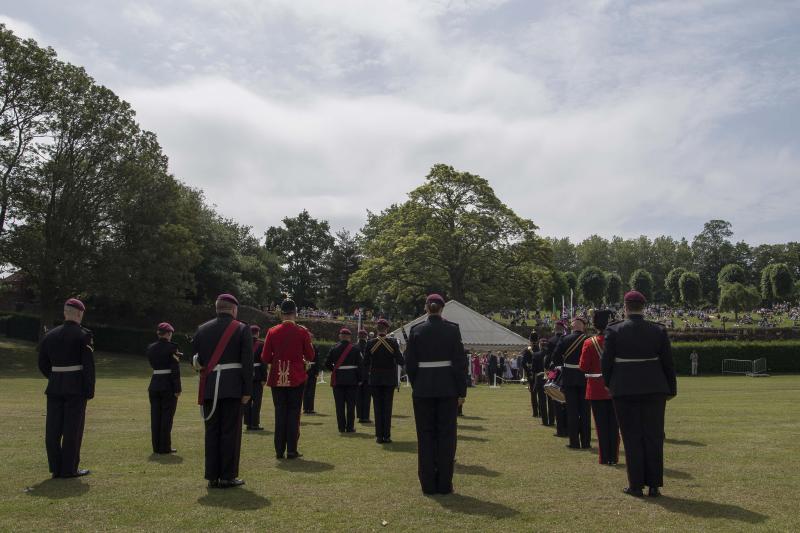 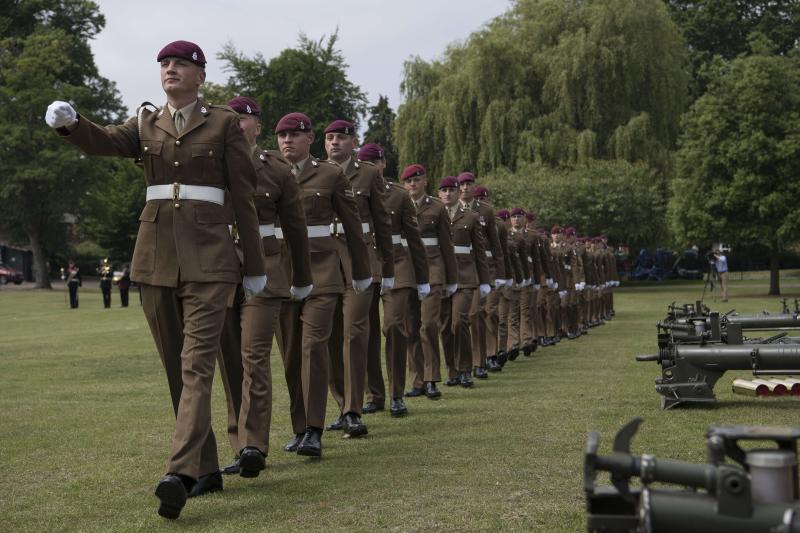 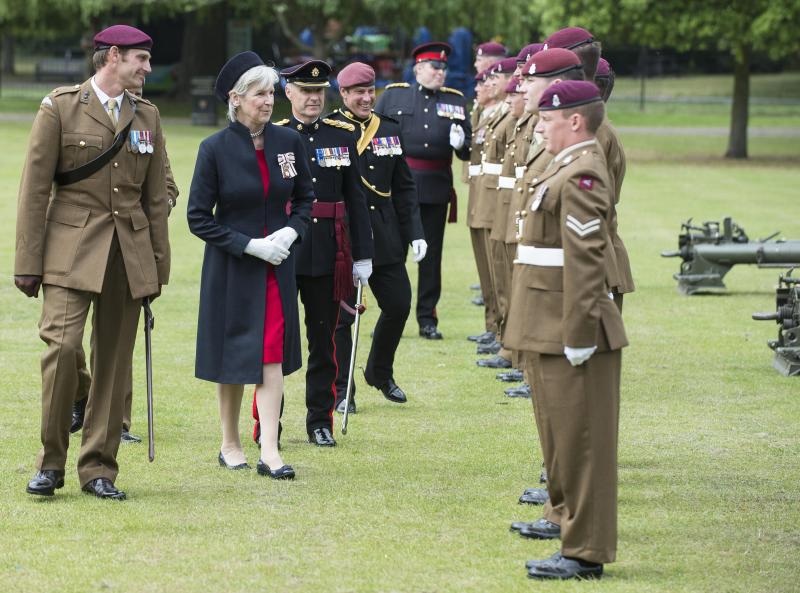 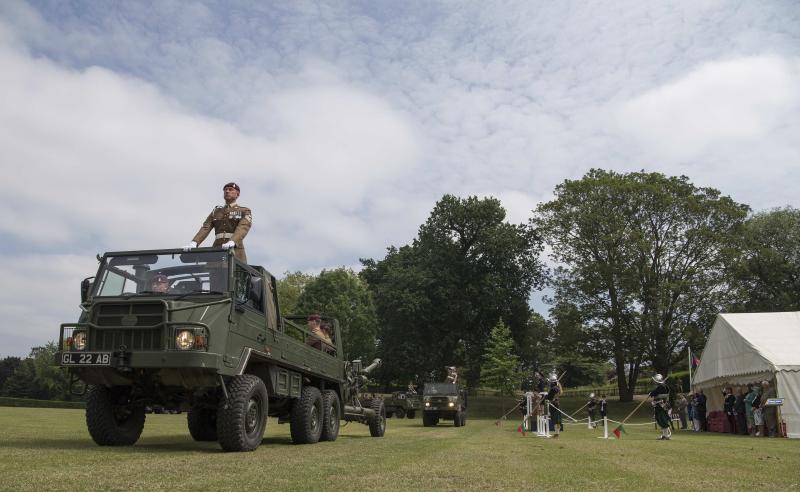 Airborne gunners have fired a Royal Salute in Colchester today (June 9) to mark Her Majesty The Queen’s Official Birthday.

Lord-Lieutenant of Essex Jennifer Tolhurst was the Inspecting Officer as the Queen’s representative in the county and The Band of The Parachute Regiment performed a formal marching display before the Royal Salute.

Lieutenant Colonel Stephen Caldwell, Commander of Colchester Garrison, said: “It is a great honour for Colchester Garrison to be a Royal Saluting Station. The salute provides a wonderful occasion for soldiers to put on a show for the people of Colchester and thank them for their support. The gunners and musicians performed impeccably in front of a large and appreciative audience to send our congratulations to Her Majesty The Queen.”

The guns fired were 105 mm Light Guns, the same type used by 7 Para RHA for its operational role with 16 Air Assault Brigade, which is ready to deploy anywhere in the world at short notice for operations ranging from disaster relief to war fighting.