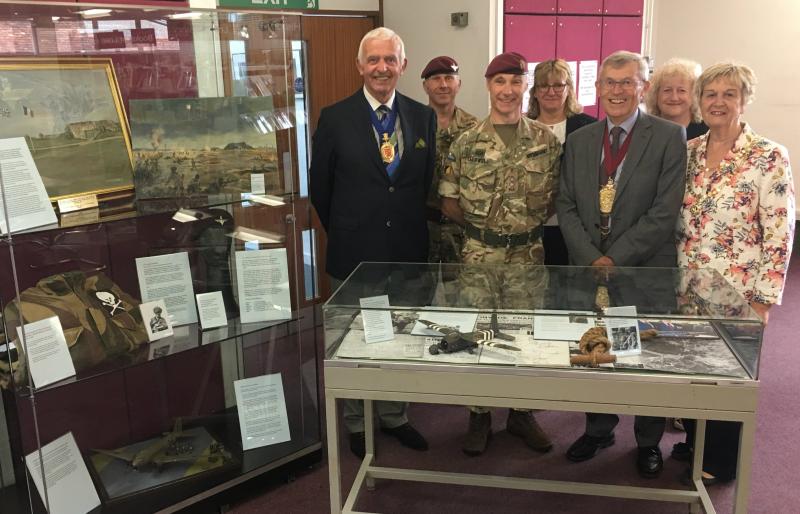 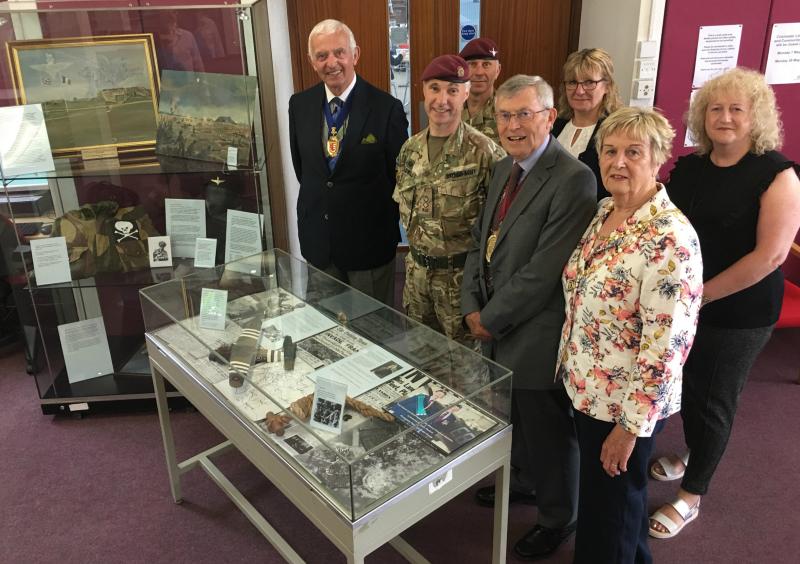 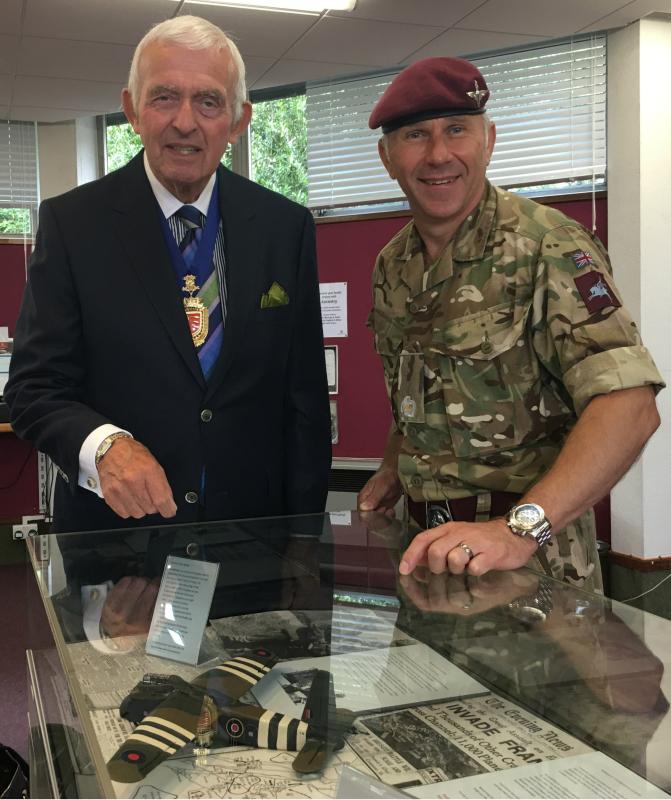 The history of a crucial mission by Essex paratroopers during the Second World War has gone on display at Colchester Library ahead of the 74th anniversary of D-Day.

In the early hours of 6 June 1944, the men of 9th (Essex) Parachute Battalion parachuted into Normandy. Their task was to put out of action the German gun battery at Merville, which had a commanding field of fire over the invasion beaches. Troops were widely scattered during the drop and only 150 of the battalion’s 600 men were available for the assault. Nevertheless the attack was launched and, after heavy fighting, the guns were silenced. Only 65 men were left uninjured to move on to the unit's next objective.

The Parachute Regiment was awarded a battle honour for the action, from which Merville Barracks in Colchester – home to 16 Air Assault Brigade, the British Army’s airborne rapid reaction force - takes its name.

Cllr Jowers said: “Colchester’s long and proud association with the Armed Forces is part of what makes the town unique, but something that I think can be taken for granted. It’s great that we have this display in the library so that people can find out more about events that had a massive impact on how we live now, and the local connections into the history.”

Lt Col Caldwell said: “We are hugely proud that Merville Barracks is named in honour of the brave actions of 9th (Essex) Parachute Battalion on D-Day. It is a great opportunity to put this display in Colchester Library and tell the story behind the barracks’ name to the town. The number of Second World War veterans is getting fewer and fewer, but it is important that their sacrifice and achievements are not forgotten.”

The display - put together by the Airborne Assault Museum, Duxford - will be at the library until September.