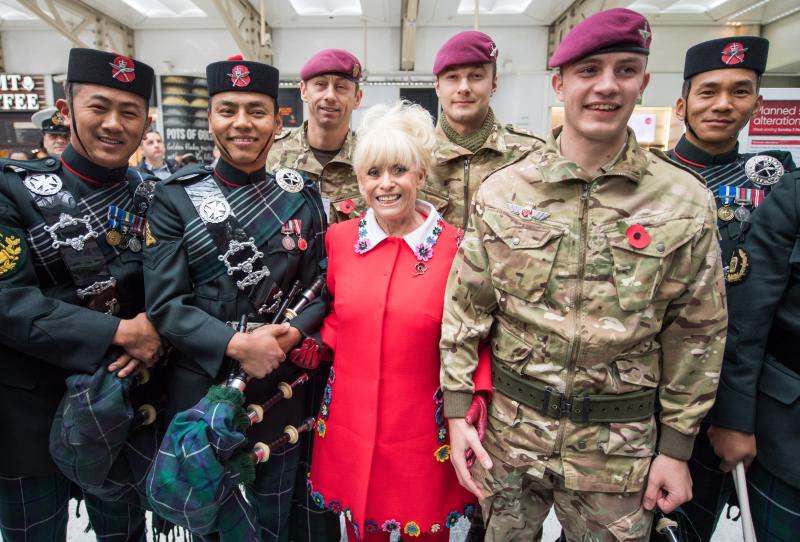 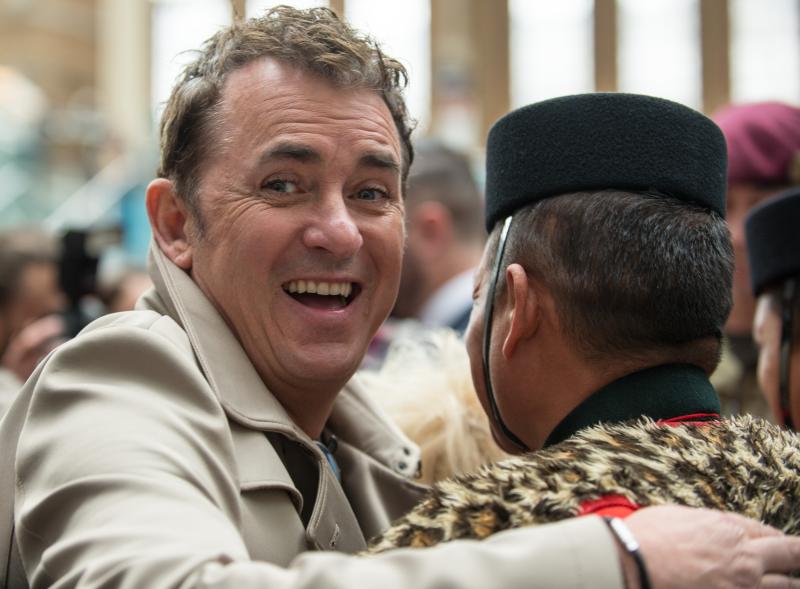 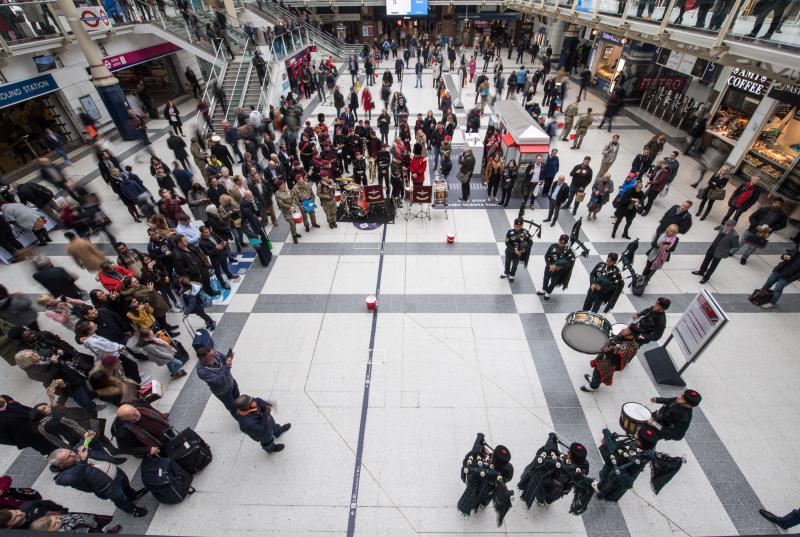 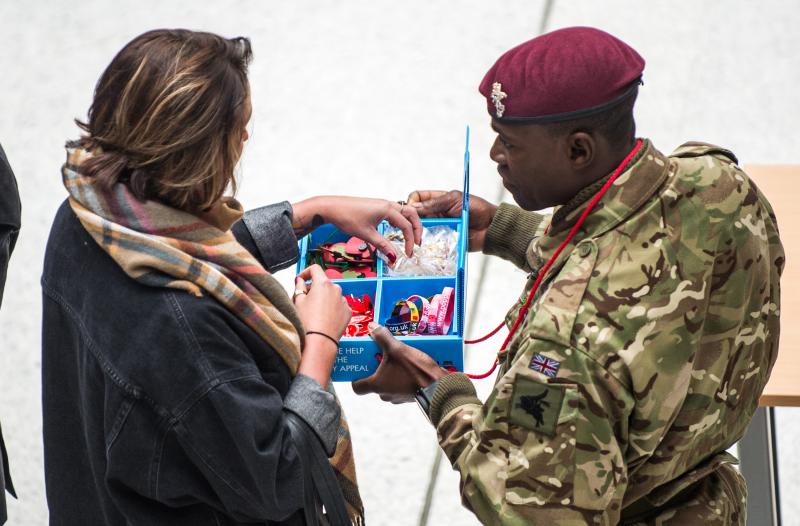 Alongside hundreds of other servicemen and women from all branches of the Armed Forces, some 70 airborne soldiers made the trip down to the capital from Colchester's Merville Barracks to raise both funds and awareness on behalf of the Poppy Appeal. Basing themselves at the city’s busy Liverpool Street train station, the soldiers collected donations from commuters, office workers and tourists, and explaining the importance of the appeal for veterans and serving personnel alike. The Band of The Parachute Regiment and the Pipes and Drums of 1st Battalion The Royal Gurkha Rifles set the day to music.

Private Ryan Doughty was collecting with fellow members of 13 Air Assault Support Regiment Royal Logistic Corps. "It's been a really good experience to come out in uniform and mix with the public," he said. "The Poppy Appeal is a cause that's close to the heart of every soldier, and people have been very generous in response to that. Everyone has been really positive, and wanted to stop to talk about what we do as soldiers and thank us for our hard work."

Signaller Shane McKay, of 216 Parachute Signals Squadron, said: "The public have really generous towards the Poppy Appeal, with a lot of banknotes going into our bucket. There's been a really friendly atmosphere in the station with people shaking our hands, taking selfies and thanking us for our service."

London Poppy Day, now more than a decade old, is the UK’s largest one-day street collecting event, raising money to fund the Legion’s work supporting the Armed Forces, veterans and their families. Last year troops from 16 Air Assault Brigade raised around £67,000 for the Poppy Appeal on the streets of London.